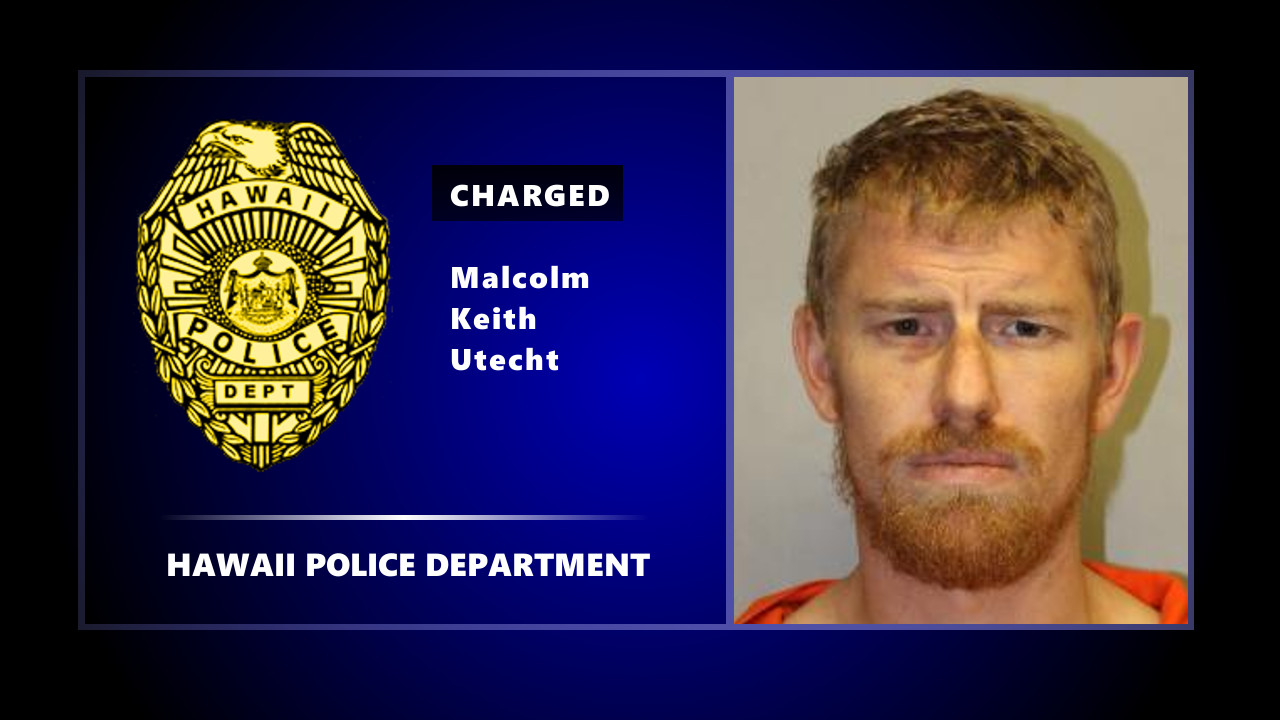 (BIVN) – Hawaiʻi County Police have charged a 30-year-old man in connection with the stabbing death of 71-year-old Solomon A.K.K.M. Matthews of Eden Roc.

Utecht’s charges stem from an incident on Tuesday evening (January 7), shortly after 7:00 p.m., when Puna Patrol officers responded to several calls on Palainui Avenue in the Eden Roc subdivision. Initial reports were of a naked male in the area and later that he was reportedly blocking traffic. When officers arrived in the area of Palainui Avenue, they were directed to a residence that the male individual had been seen walking towards. Officers located the male individual who was standing over the victim. The victim was lifeless and appeared to have been stabbed.

On Thursday morning (January 9) an autopsy was performed and determined that Matthews died as a result of a stab wound to the neck, and the manner of death was a homicide.

Utecht is being held in lieu of $553,000.00 bail pending his initial court appearance scheduled for Friday (January 10) in Hilo District Court.

Police ask anyone who may have information about this incident to call the Police Department’s non-emergency line at (808) 935-3311 or Detective Frank Mohica of the Area I Criminal Investigation Section at (808) 961-2375 or Frank.Mohica@hawaiicounty.gov.