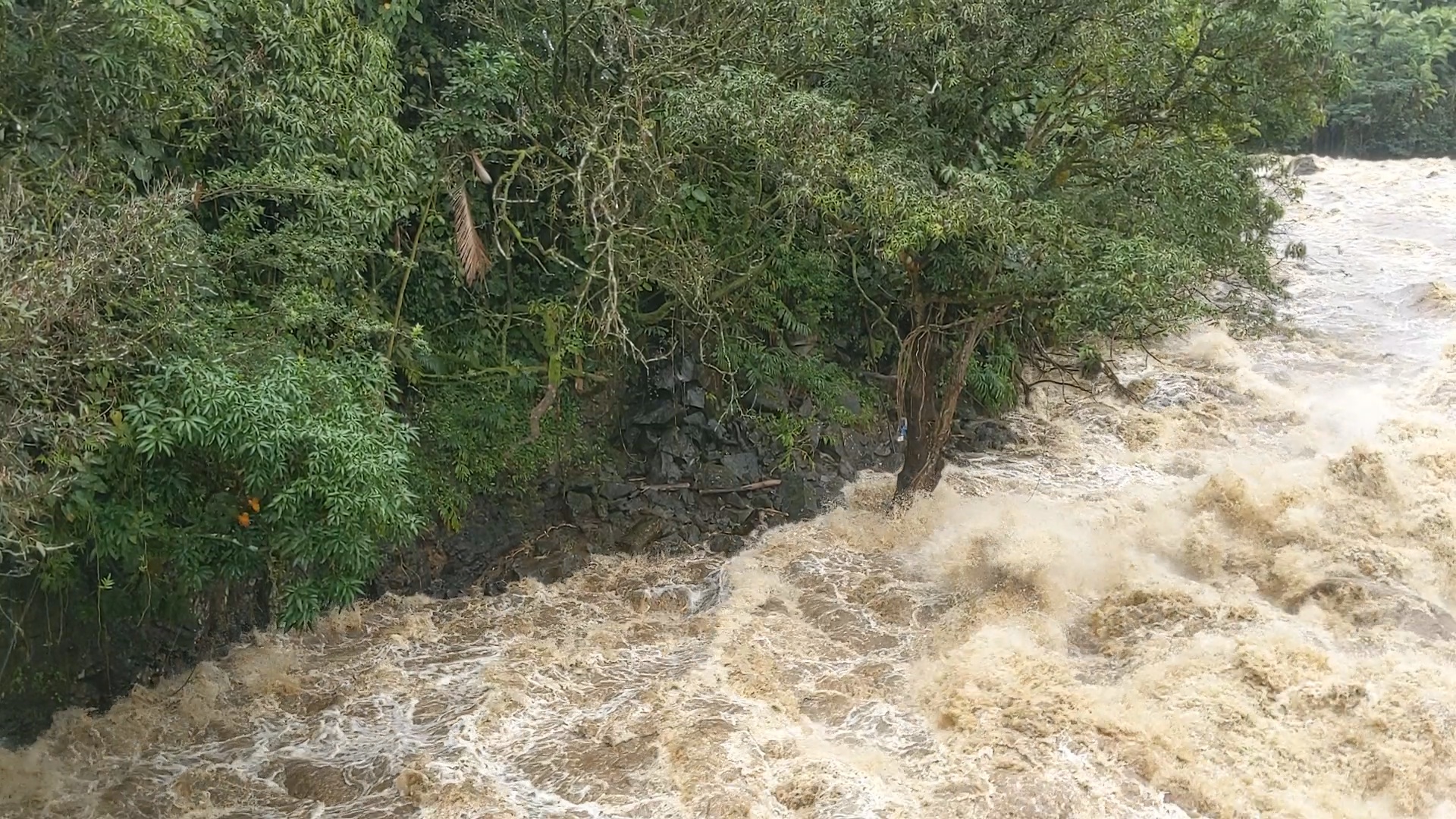 (BIVN) – Communities in Hilo that are “at risk for flooding” along the Wailuku River “have been contacted in case water levels rise further and evacuation becomes necessary,” the Hawaiʻi County Civil Defense agency says.

The announcement was made at noon on Saturday, as heavy rains have prolonged a Flood Advsiory over East Hawaiʻi from Kohala to Kaʻū. A Flash Flood Watch also remains in effect.

According to the National Weather Service at 12:30 p.m. HST:

At 12:35 p.m. HST, radar indicated moderate rainfall persistently forming over the windward slopes, with rainfall rates generally near one inch per hour. Some showers will however occasionally bring briefly heavier bursts of rain. Streams and rivers remain high, and ponding of water continues in low-lying areas. Water levels in the Wailuku River remain elevated, and residents in upper Piihonua should be prepared to take immediate action if water levels rise further, or if a Flash Flood Warning is issued.

Hawaiʻi County Civil Defense says a shelter has been designated at the Butler Building at Afook Chinen Auditorium if evacuations are needed.