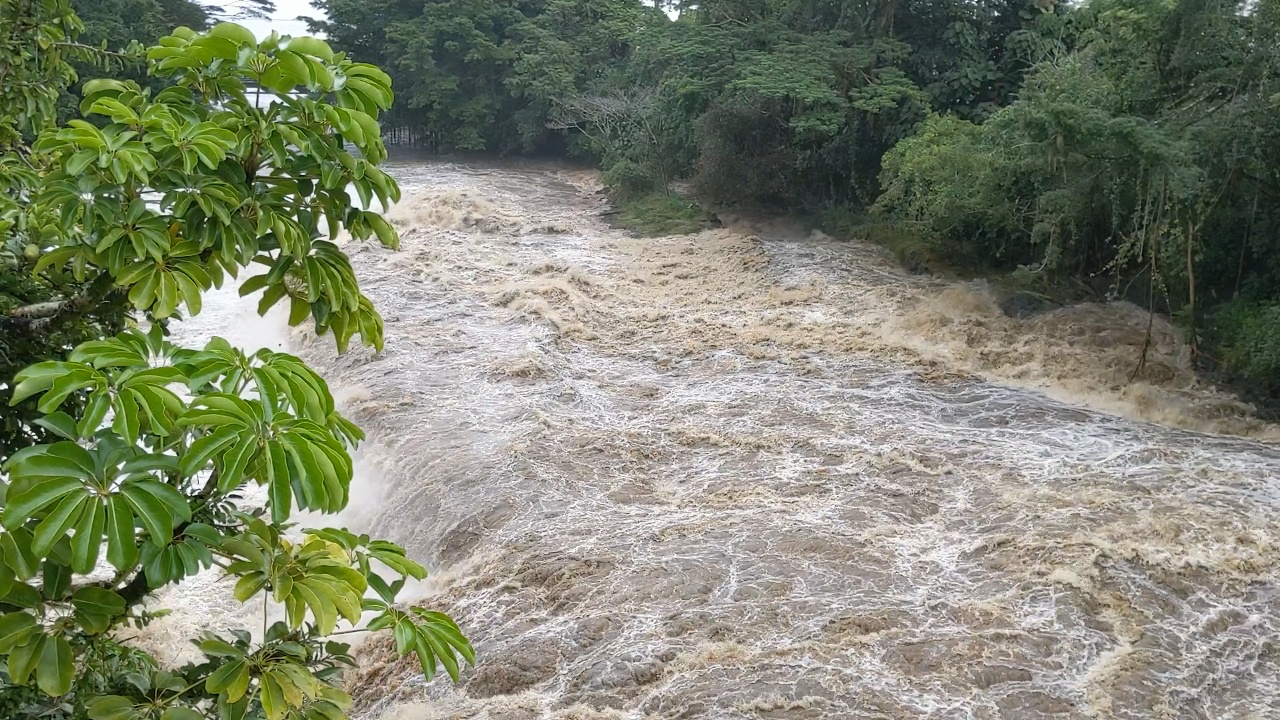 image of the Wailuku River taken on Saturday 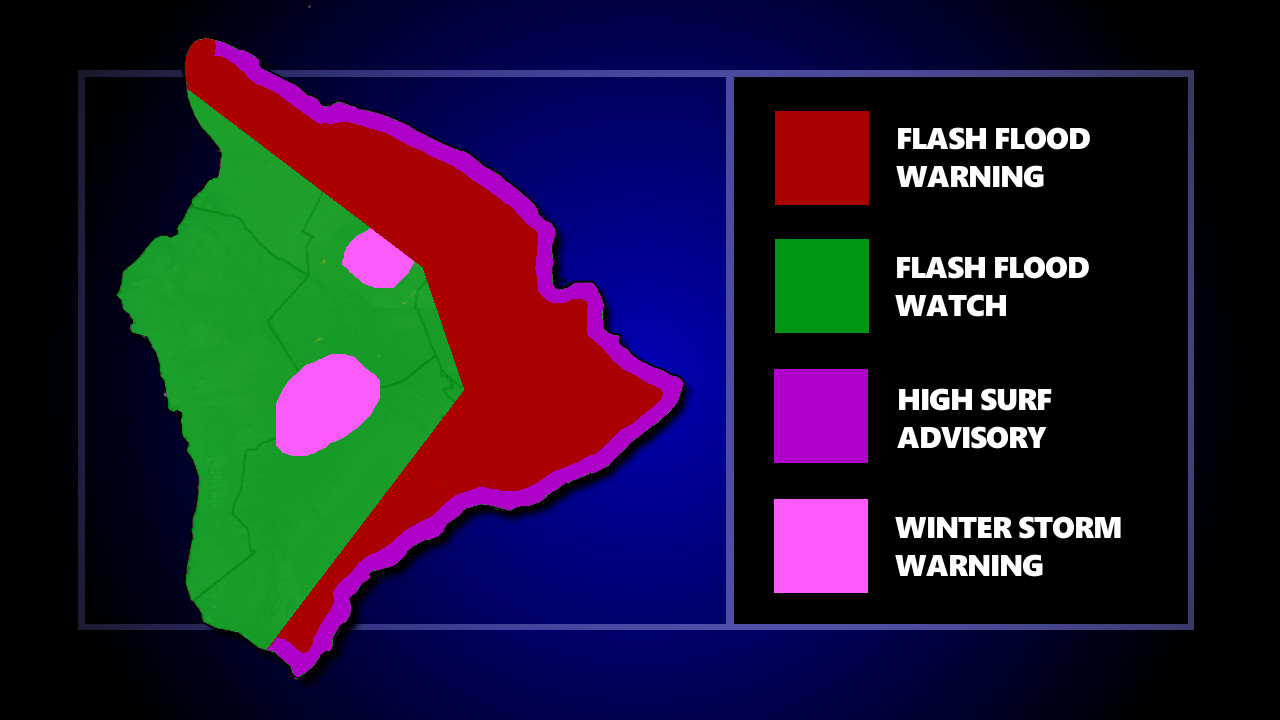 (BIVN) – Multiple roads are closed this morning and a bus driver had to be rescued from water over Highway 11 in Kāwā Flats, as the Flash Flood Warning for East Hawaiʻi has been extended into Sunday.

In a 7:28 a.m. HST update, the National Weather Service wrote:

At 725 AM HST, radar showed moderate rain occurring over most of the Big Island, with some embedded heavy showers, and flooding impacts continue, primarily on the windward side. Big Island Civil Defense reports numerous road closures, due to heavy runoff and debris on roadways. Portions of Saddle road are closed, Highway 11 is closed near Kawa Flats, and Highway 19 is closed north of Honokaa due to a large tree blocking the road.

The Hawaiʻi Police Department reports the following road are closed at this time:

“Due to the road closures, please avoid these areas and stay off the roads where possible,” civil defense added.

For information on sand or sandbags, please call Civil Defense at 935-0031.

Just after midnight, a bus driver had to be rescued from water flowing across Highway 11 at Kāwā Flats in Kaʻū. The 72 year old bus driver attempted to cross the flowing river and became stranded. The Hawaiʻi County Fire Department was able to rescue her safely from the bus.

In another storm-related incident, a vehicle was reported to have driven into a flooded area of Kahikopele Street and South Kopua Road in Eden Roc, and became filled with water.

“Be aware of Subdivisions in Puna and Kaʻū susceptible to flooding and stay out of those areas,” said the Hawaiʻi County Civil Defense. “Special emphasis for Orchidland, Eden Roc and Hawaiian Acres of Puna and Wood Valley in Kaʻū.”

“Do not attempt to cross flowing water,” civil defense reminds with every update. “Turn around, don’t drown.”

A Flash Flood Watch remains in effect for the entire island of Hawaiʻi, as does a High Surf Advisory for east-facing shores and a Winter Storm Warning for the summits.