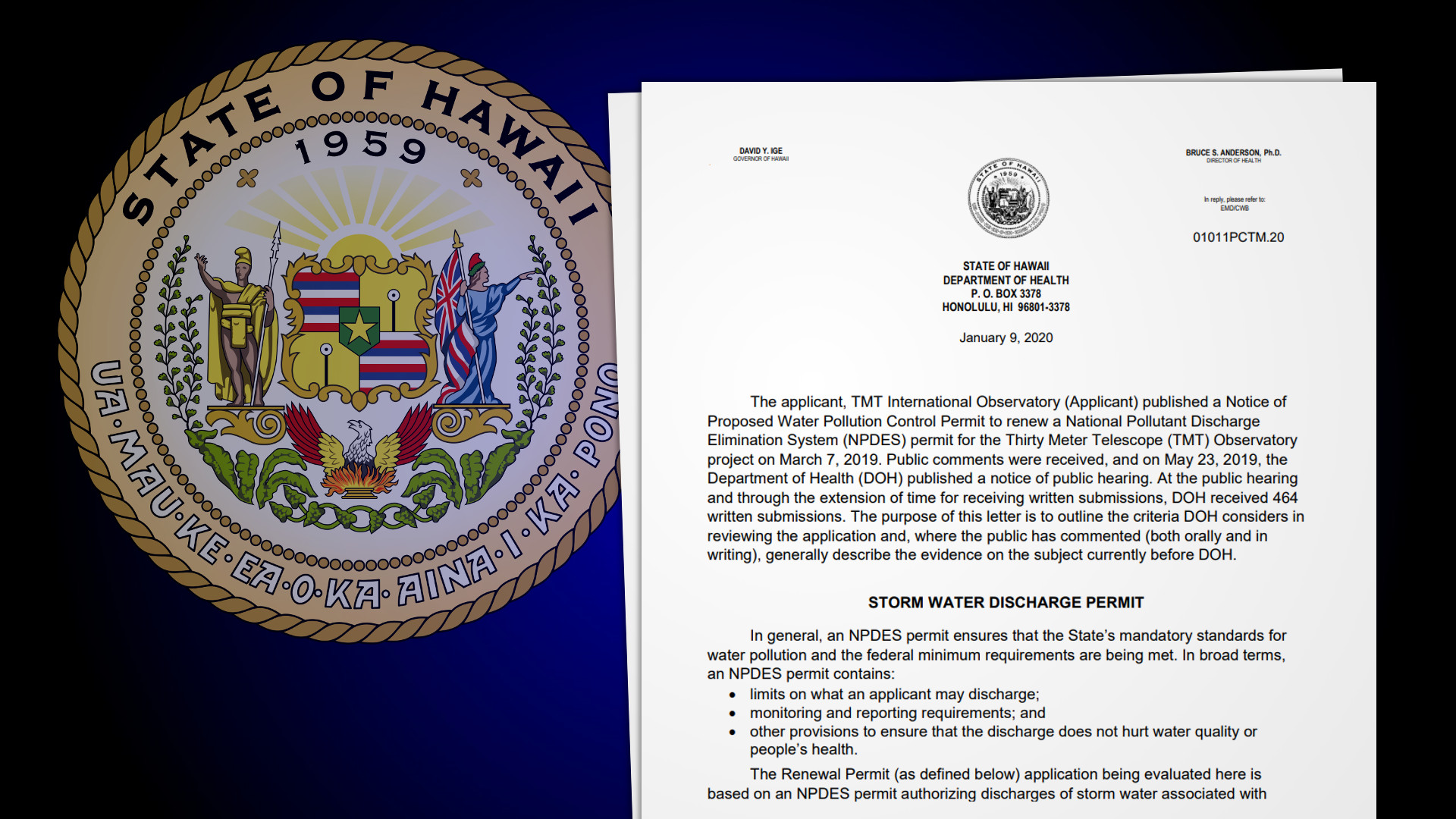 HONOLULU, Hawaiʻi - The State Department of Health's official responses to public comments have been posted online, but decisions on holding contested cases have yet to be made.

(BIVN) – On June 25, 2019 – less than a month before the standoff over the Thirty Meter Telescope project began on the Mauna Kea Access Road – a public hearing was held in Kona on a National Pollutant Discharge Elimination System (NPDES) permit for TMT construction on the mountain. Today, over half a year later, the Hawaiʻi Department of Health announced the official responses to the public comments have been posted on the Clean Water Branch website.

TMT published a Notice of Proposed Water Pollution Control Permit to renew the NPDES permit on March 7, 2019. The original permit was obtained in 2014, although construction on the observatory never started. An NPDES permit extension was granted to the project pursuant to HAR §11-55-15(a) which states “[t]he director may administratively extend the permit until the effective date of the new permit for discharges that the permit covered prior to expiration,” the health department says.

During the public hearing, TMT opponents spoke against the project and the manner by which the permit was extended. Many requested a contested case hearing.

Based on the general and special conditions we proposed to impose on Applicant, and as set forth in greater detail in our Permit Rationale letter dated March 7, 2019, DOH believes the discharge will not cause unreasonable degradation to the marine environment or unreasonable degradation to the receiving water environment when Applicant complies with the conditions of the permit. DOH also believes the Renewal Permit would meet Hawaii’s antidegradation policy because it requires the permittee to apply the best degree of treatment or control to the discharge, with the result that any residual soil reaching the receiving State waters will be of an acceptable level under HAR § 11-54-4(c).

Meanwhile, the state says “all contested case hearing requests are presently being considered.”