KAWAIHAE, Hawaiʻi - All but one vessel has been moved out of the Kawaihae North Small Boat Harbor, which now needs as estimated $8 million to be repaired. 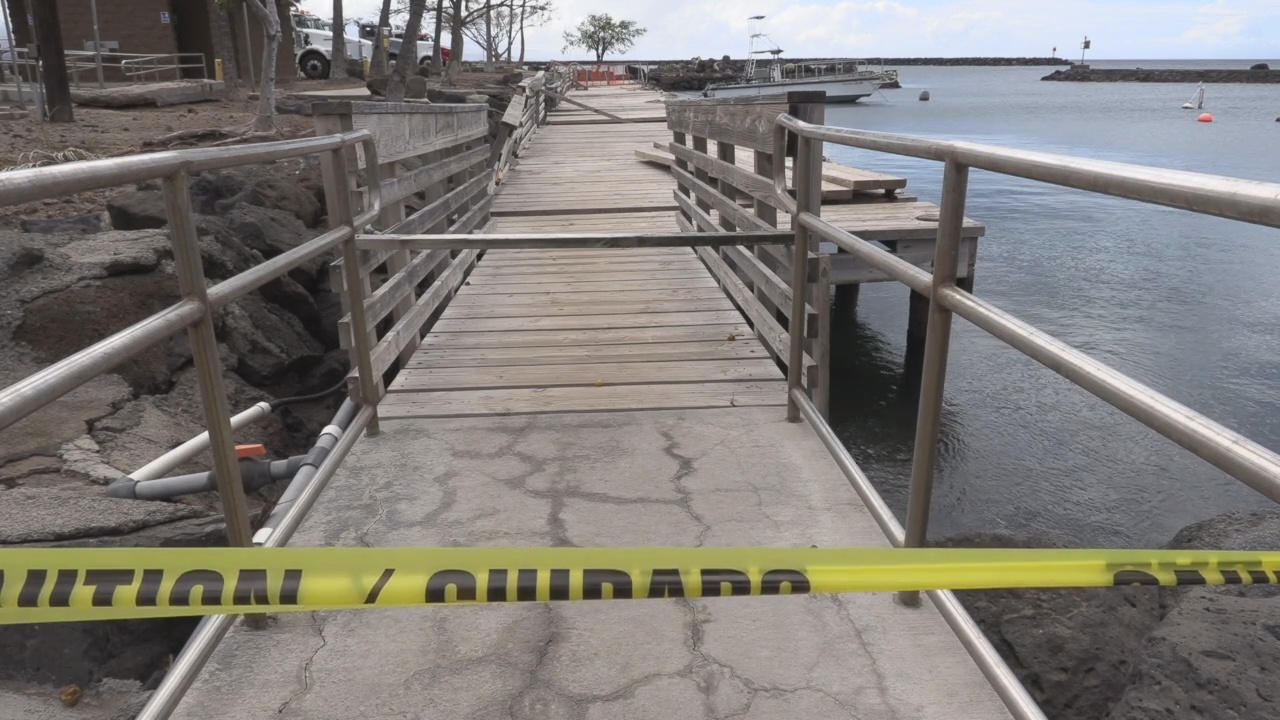 (BIVN) – It will take millions to repair the Kawaihae North Small Boat Harbor following the damages that occurred to the wharf and breakwall during the massive New Year’s swell.

The Hawaiʻi Department of Land and Natural Resources provided video showing the damage, and issued this media release:

An engineer estimates it will take at least $8 million to repair extensive damage at the Kawaihae North Small Boat Harbor on Hawai‘i Island caused by massive swells during a New Year’s eve and day storm event.

DLNR Division of Boating and Ocean Recreation (DOBOR) engineer Finn McCall recounted, “Waves crashed through the breakwater, creating a 40-foot-wide gap. These huge waves traveled across the channel and up underneath the wharf and ended up blowing out all the connections under it, as well has causing wood planks on the wharf to buckle. It is structurally unsound, so we condemned it.” The entire harbor and the wharf are currently unusable and off-limits. McCall estimates it will take six-million-dollars to repair the breakwater and about $2 million to repair the dock.

The harbor’s sister, Kawaihae South Small Boat Harbor, was not impacted and some of the boats moored at the north harbor were relocated there or to other small boat harbors on the island.

Meghan Statts, DOBOR Assistant Administrator visited the harbors with McCall late last week. She said, “We have to carefully monitor the north harbor due to the major breach in the break water. It potentially could bring a lot of sand and other deposits in, which could affect the launch ramp which remains open currently.

Fortunately, all but one vessel has been moved elsewhere and the remaining boat owner is making plans to move his. Statts says DOBOR will need to secure Capital Improvement Projects (CIP) funding in order to make the repairs at the north harbor and there’s no timeline for when that might happen. She said both Kawaihae harbors are heavily used and important to the local community.