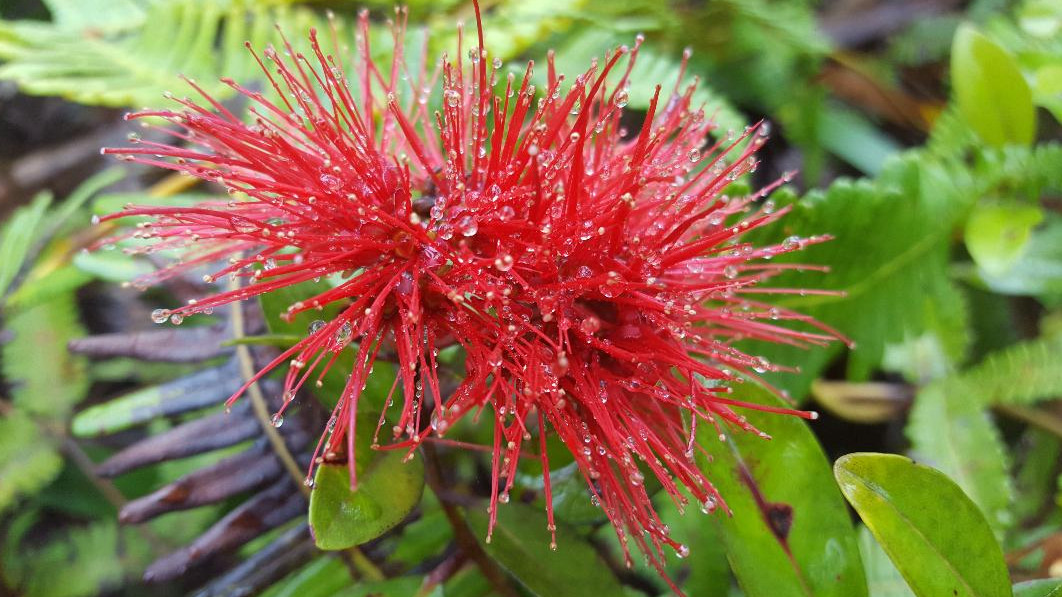 (BIVN) – A project that will collect and preserve seeds from the native ʻōhiʻa trees for future reforestation is getting a big boost from Hawaiʻi’s utility company.

The nonprofit Ka ʻAhahui ʻo Ka Nāhelelehe, which works to protect Hawaiʻi’s dryland forests, has received a $27,500 grant from Hawaiian Electric for its Rapid ʻŌhiʻa Death Seed Banking Initiative, an effort to preserve seeds from the native ʻōhiʻa tree for future forest reforestation.

ʻŌhiʻa are a species of flowering evergreen in the myrtle family that are endemic to Hawaiʻi. The trees, which help sustain the island’s biodiversity, have declined by the hundreds of thousands on Hawaiʻi Island due to a fungal disease called rapid ʻōhiʻa death that has no known treatment. The disease also has been found on Oʻahu, Maui, and Kauaʻi.

“This is a wonderful blessing for the Hawaii Island Seed Bank and for ʻōhiʻa trees, which are the foundation of Hawai‘i’s forests,” said Jill Wagner, program director. “We are very grateful Hawaiian Electric understands that saving ʻōhiʻa seeds is the most positive thing we can do to guarantee the future of this native keystone species. Seed saving is important, and this partnership will allow us to greatly expand our ʻōhiʻa seed collection efforts.”

Rapid ʻōhiʻa death has already killed more than 135,000 acres of ʻōhiʻa forest on Hawaiʻi Island. Wagner said research has shown the fungus is not found in the seeds, which means they can be collected and stored for future planting. The Hawaii Island Seed Bank, located in an off-grid facility in Kona, is the major collector of ʻōhiʻa seeds in the state and the only established seed bank for Hawaiʻi Island’s ʻōhiʻa seed collection.

Wagner said the Hawaiian Electric grant would be used to collect seeds from about 100 trees located in 11 identified seed zones to represent the diversity of ʻōhiʻa at various sites where they have adapted to climate, soil conditions, and elevations.

“The potential for rapid ‘ōhiʻa death to spread statewide underscores the urgency of the work by conservationists to save ʻōhiʻa seeds for the future,” said Sharon Suzuki, president of Hawaiian Electric’s Maui County and Hawaiʻi Island utilities, upon presenting the grant. “Helping to protect a species that holds cultural and environmental significance is important to us as a company that is focused on sustainability and stewardship of our natural resources.

Suzuki said part of the funding would be used to support education about the ʻōhiʻa tree in Hawaiʻi watersheds, and training for volunteers to assist with collecting seeds. Ka ʻAhahui ʻo Ka Nāhelehele is working with Hawaiian Electric to develop a program for its employees to volunteer with the project and collect seeds in Hawaiʻi Island forests.

Hawaiian Electric says you can donate to the program, or learn more about Ka ʻAhahui ʻo Ka Nāhelehele, by visiting drylandforest.org.