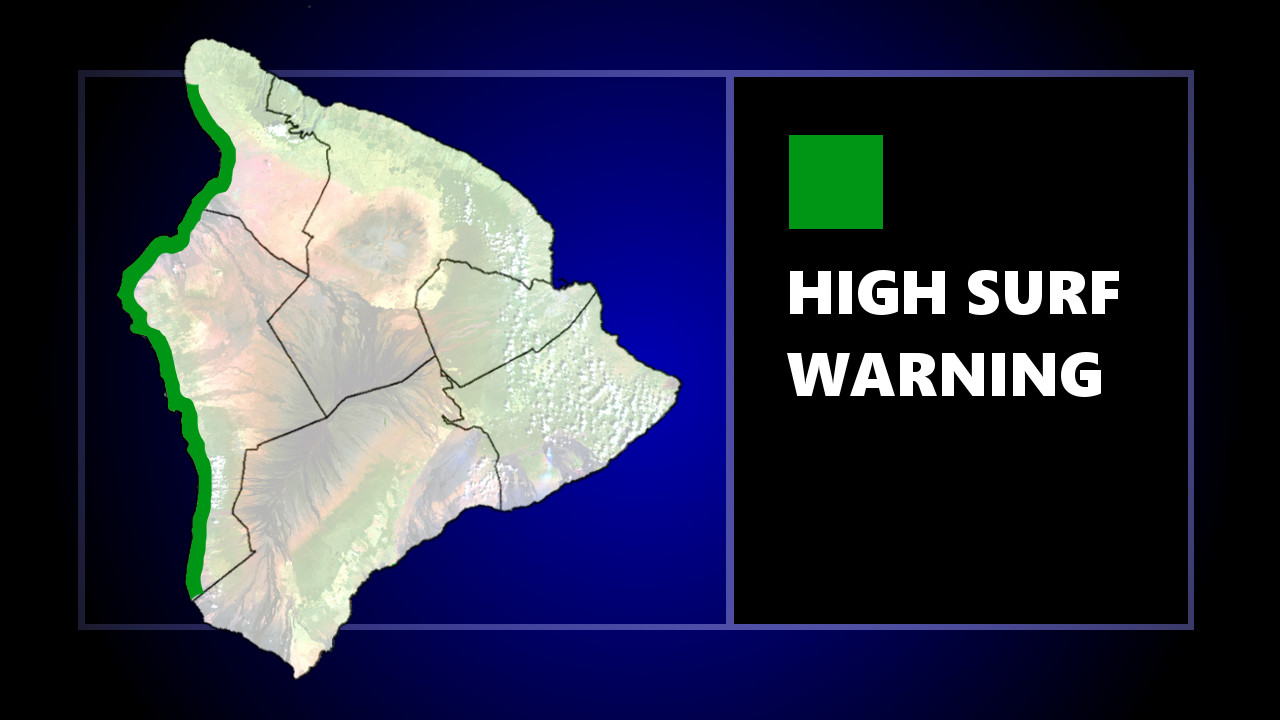 KONA, Hawaiʻi - Surf heights are expected to reach up to 8 to 12 feet tonight and Thursday, forecasters say, as a long-period northwest swell builds through the day.

Surf will build to 4 to 8 feet this afternoon in North and South Kona, increasing to 8 to 12 feet tonight and Thursday. “There will likely be long lulls between the sets of larger waves as the swell builds later today,” the National Weather Service said. “Don’t be caught off guard when larger waves arrive suddenly.”

A High Surf Warning remains in effect for north- and west-facing shores of the other Hawaiian islands, where surf heights are expected to reach up to 35 feet.