VIDEO: Onizuka Science Day And The Soccer Ball In Space

This year, NASA Astronaut R. Shane Kimbrough was the keynote speaker, who has logged a total of 189 days in space, including six spacewalks and over 39 hours outside the International Space Station’s orbiting library.

Kimbrough also shared the story of his role in bringing a special soccer ball into space. 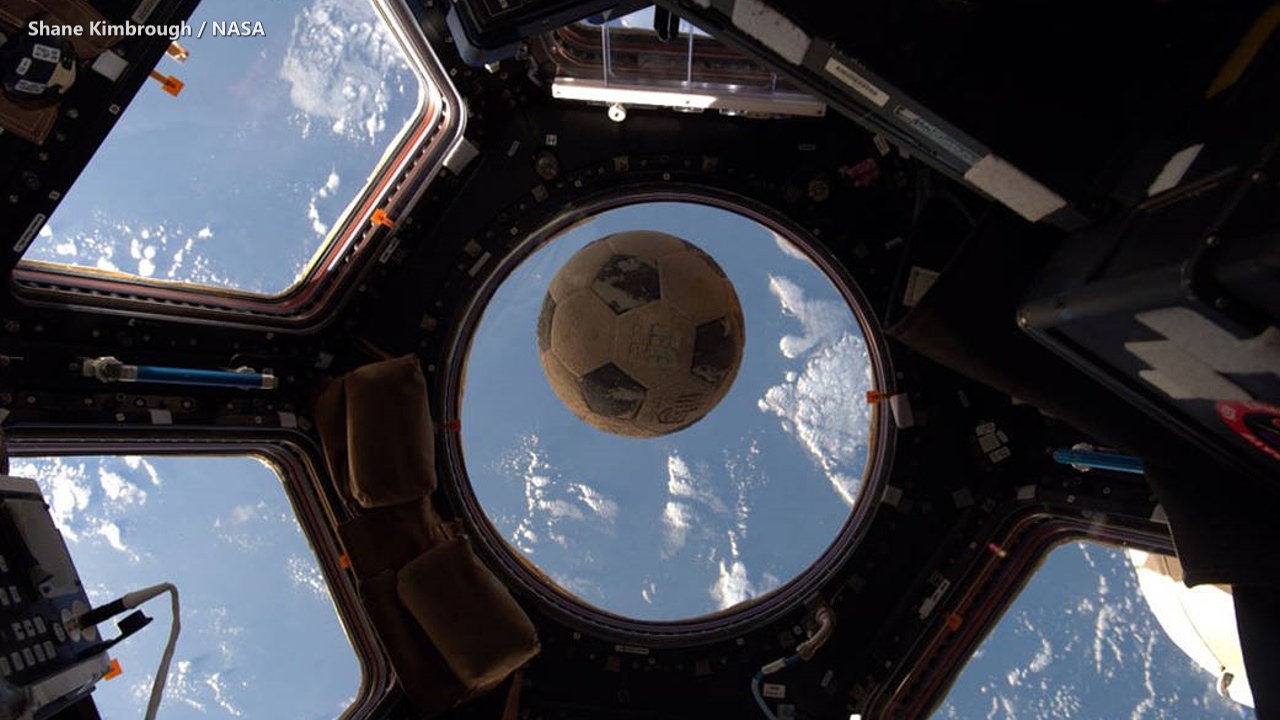 The story was told on the NASA website in August of 2017:

A soccer ball originally packed onto space shuttle Challenger in 1986 is now orbiting the Earth on board the International Space Station, 31 years later.

The soccer ball was signed and presented to NASA astronaut Ellison Onizuka by soccer players – including his daughter – from Clear Lake High School, near NASA’s Johnson Space Center. Onizuka was one of seven astronauts on board Challenger on Jan. 28, 1986, when it exploded shortly after liftoff.

Following the accident, the ball was recovered and returned to the high school, where it has been on display for the past three decades. Its history had begun to fade into obscurity when Principal Karen Engle learned of its origin. Soon after, Expedition 50 Commander Shane Kimbrough, whose son attends Clear Lake High School, offered to carry a memento to the space station on the school’s behalf, and she had the idea to send the soccer ball into space.

Kimbrough snapped this photo of the ball floating in front of the station’s Cupola window in advance of Challenger anniversary and NASA’s Day of Remembrance. After getting permission from the school and Onizuka family, he decided to share it via social media.

“I’m honored to be a part of bringing this small piece of Challenger’s legacy to the International Space Station,” Kimbrough said. “Remembering the Challenger crew is important to all of us in the astronaut corps, and all of us at NASA, and I hope that when the ball is returned to Clear Lake High School, it will be a reminder for generations to come.”

“I had an incredible honor when I got home to present the ball back to the family and that was a really special moment,” Kimbrough said.

“My brother once said, ‘vision is not limited by what your eye can see, but by what your mind can imagine.’ It is my hope that his science day will continue to inspire our local kids to imagine great opportunities for Hawai’i and the world,” said Claude Onizuka, the younger brother of Ellison.

This year marks the 34th anniversary of the Challenger mission. This year’s Astronaut Ellison Onizuka Science Day was sponsored by American Savings Bank, the Onizuka Memorial Committee, the University of Hawaiʻi at Hilo, and KTA Superstores.