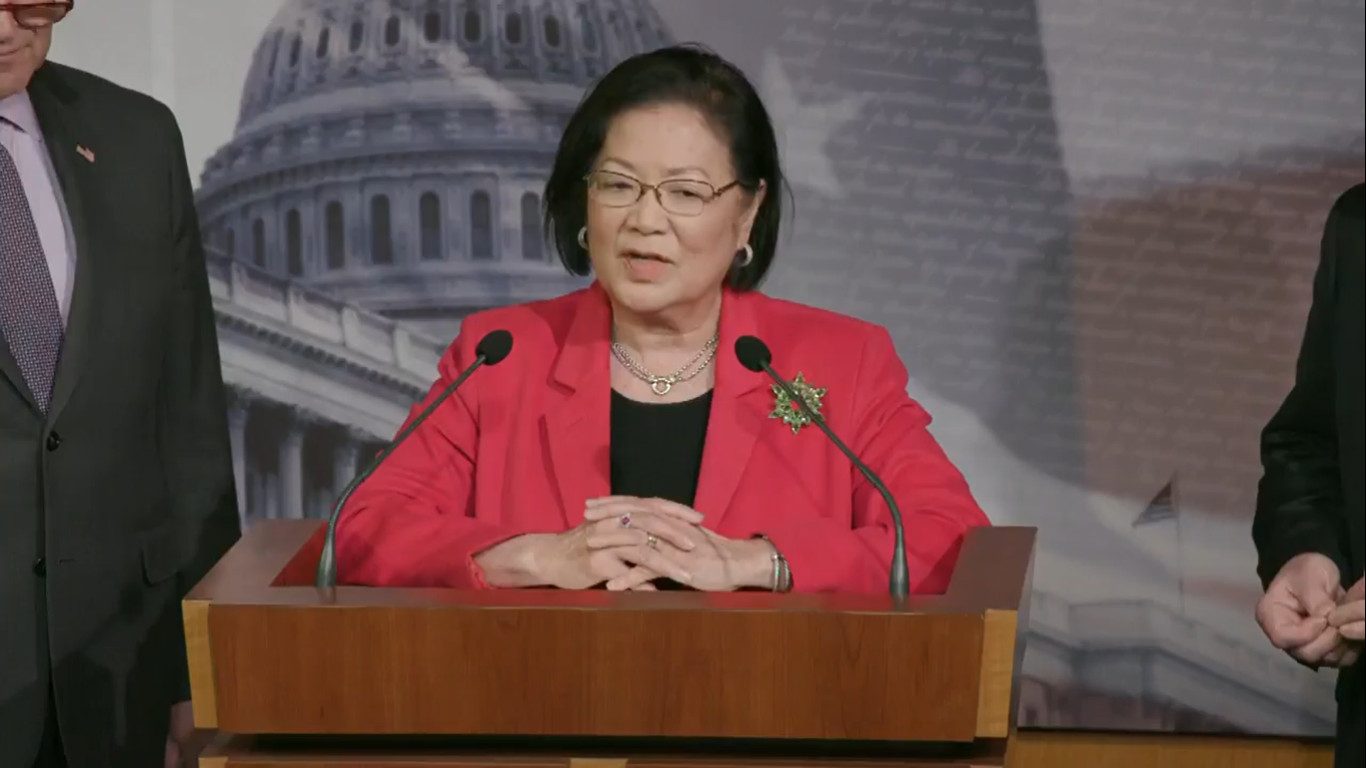 image of Sen. Hirono from video

Hawaii Senators Call For Investigation Into FAA Over Helicopter Safety

(BIVN) – Whistleblower complaints that allege credible concerns about the safety of helicopter tours in Hawai‘i were ignored by the Federal Aviation Administration, a new report says, and in response, U.S. Senators Brian Schatz and Mazie Hirono are taking action.

The report comes from the U.S. Senate Commerce Committee. From committee Fact Sheet:

In June of 2019, investigative staff of the U.S. Senate Committee on Commerce, Science, and Transportation received information from a whistleblower alleging misconduct by Federal Aviation Administration (FAA) managers at the Flight Standards District Office in Honolulu, Hawai’i. This initial whistleblower, an FAA employee, alleged that FAA managers too frequently overrode the recommendations of inspectors, hampering the ability of inspectors to conduct effective oversight. The whistleblower also alleged that at least one manager issued improper check ride certifications. The whistleblower indicated that his/her knowledge was indirect but well known by local employees and representatives of the Professional Aviation Safety Specialist (PASS) union.

A second FAA employee whistleblower contacted the committee in December 2019, with allegations of misconduct at the same FAA office. The whistleblower, Joseph Monfort, expressly agreed to be publicly identified. Mr. Monfort has provided several protected disclosures to the committee and has filed a whistleblower retaliation complaint with the Office of Special Counsel. Mr. Monfort served 20 years in the United States Army and retired as a warrant officer helicopter pilot. He began his FAA career in 2009, and has worked as a principal operations inspector in Hawai’i. Mr. Monfort alleges that some managers in the Hawai’i FAA office have an inappropriately close relationship with Novictor Aviation, a helicopter tour operator in Hawai’i. According to Mr. Monfort, these FAA managers have granted multiple policy deviations for Novictor. The committee notes that three Novictor crashes have occurred in the last two years, one of which resulted in three deaths.

“For the past year, we have raised concerns that the FAA has ignored warnings about the safety of aircraft operations. This report exposed troubling new accounts about how the FAA failed to take action on warnings about the safety of helicopters in Hawai‘i – warnings that could have saved lives,” said Senator Schatz, a member of the Subcommittee on Aviation and Space. “With more than a dozen helicopter accidents in Hawai‘i over the last five years, it is clear that we need answers from the FAA and stronger protections to keep people safe.”

“In the past year, Hawai‘i has experienced two tragic accidents involving air tour operators. Safety is a key mission of the FAA, and the whistleblower allegations that the Honolulu Flight Standards District Office knowingly failed to meet this mission deserve immediate action and a thorough investigation,” Senator Hirono said. “I strongly support the Senate Commerce Committee’s request for such an investigation by the Inspector General of the Department of Transportation and will continue working with Hawai‘i’s Congressional Delegation to determine necessary actions to ensure accountability and safety for Hawai‘i’s aviation operators and travelers.”

The senators wrote this letter to the Department of Transportation’s (DOT) Inspector General:

The recent air tour tragedies that have occurred in Hawai‘i have shaken public confidence and raised concerns with the safety of the air tour industry. The U.S. Senate Committee on Commerce, Science, & Transportation has released details of an investigation into helicopter safety which highlights flaws in internal FAA safety culture. The report includes a whistleblower complaints alleging that the FAA directly disregarded serious concerns about the safety of helicopter air tours in Hawai‘i.

We request that you launch an investigation into the specific oversight lapses raised by the whistleblowers as it relates to helicopter operations in the State of Hawai‘i, as well as policies and procedures within the Office of Aviation Safety, the Western-Pacific Region, and the Hawai‘i Flight Standards District Offices that may result in increased risk to operators, passengers, and the general public.

Thank you for your attention to this important matter. We look forward to your updates and report