PUNA, Hawaiʻi - During a recent After Dark at the Park talk, a USGS geologist explained why some residents living near the inactive fissures of 2018 are experiencing an increase in heat and steam. 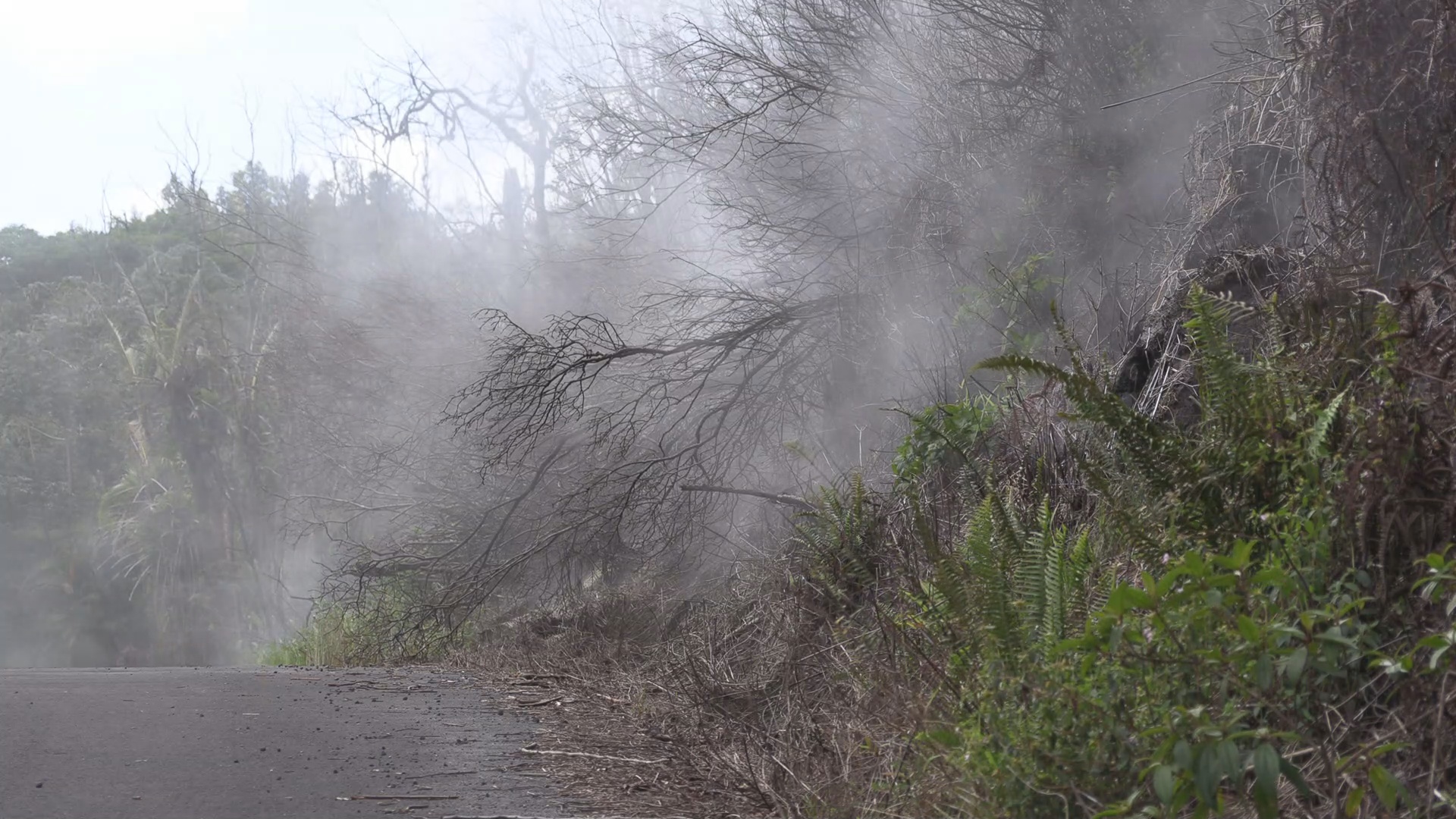 (BIVN) – Kīlauea is not erupting, and the volcano has undergone only minor geologic changes since the end of eruptive activity in September 2018. Still, residents living near the inactive fissures that erupted during the dramatic events of 2018 report feeling an increase in ground temperature and steam.

During a recent Volcano Awareness Month After Dark In The Park presentation, USGS geologist with the Hawaiian Volcano Observatory, Carolyn Parcheta, explained what scientists believe is now occurring on the lower East Rift Zone.

Parcheta said residents on Alaʻili Road have “been feeling this for the better part of a year and a half now. This started for them during the eruption. They saw it progress through the eruption and it’s just been getting worse after the eruption,” she said.

“But recently, Halekamahina residents have called us and said they started noticing some similar effects that we recognized from Alaʻili this fall,” Parcheta said. “Then Leilani Estates called in December and said, ‘Hey, folks next to fissures 9 and 10 are noticing the temperatures on their property are rising, is everything okay?’ And the unfortunate answer is, yes, everything is okay.”

Parcheta explained how the heat from the magma that neared the surface – or erupted – in 2018 was initially confined to the dike, while “just a few yards away – 20, 30 yards away – the ground feels normal, feels cool. It doesn’t feel hot at all.”

“But fast forward whatever time frame you want – six months, a year – this heat will slowly start leaching into the ground rock,” Parcheta said. “Now, that 20 yards away that used to be cool, also has steaming water and is just shy of the boiling point. That’s because the heat from this dike is slowly migrating outwards into the ground,” as the area of the dike tries to solidify and crystallize.

“So, a lot of residents in these affected areas are asking themselves, well, is there anything we can do?” Parcheta added. She said the best guidance is from the 1955 eruption, “where there were steam vents that were still warm spa attractions as recently as 2017, 2018. So, it can stay hot for several decades. That’s just how the heat is trying to leave the dike so that it can solidify fully.”

The Hawaiian Volcano Observatory says it continues to closely monitor geologic changes, seismicity, deformation, and gas emissions for any sign of increased activity at Kīlauea.