HILO, Hawaiʻi - The U.S. Coast Guard and State responders are working to remove all potential pollutants from the grounded Midway Island vessel off Hilo. 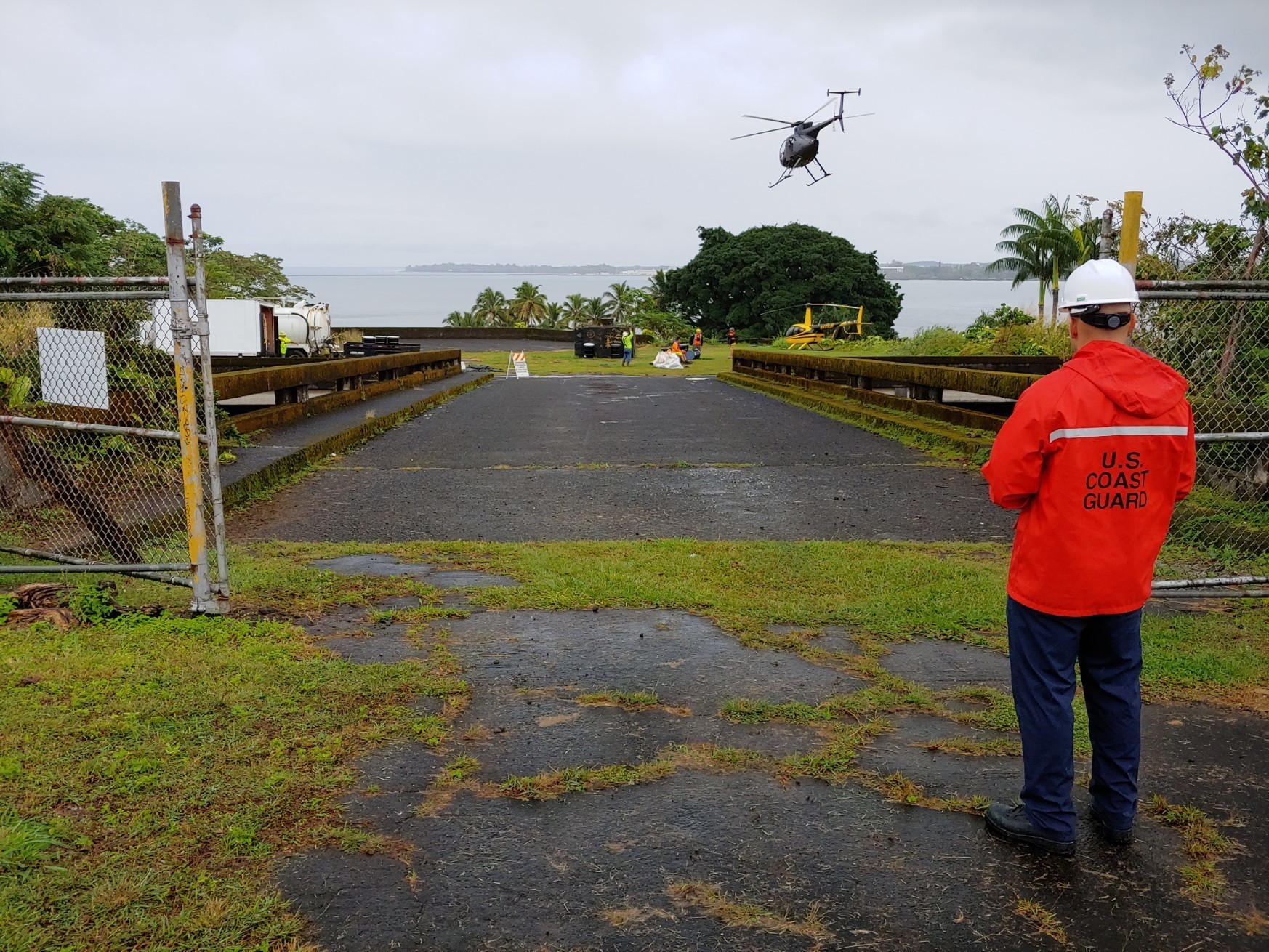 (BIVN) – The U.S. Coast Guard released drone video on Thursday showing a close-up of the 63-foot fishing vessel, Midway Island, which is currently grounded off Hilo with the potential to pollute the area with the possible 1,800 gallons of diesel fuel on board.

The boat is stuck at the bottom of the sheer cliffs between Wainaku Scenic Point and Honoliʻi Beach Park.

On February 3, the Hawaiʻi County Fire Department safely extricated the sole crew member aboard the vessel using a Billy Pugh Net. The man denied further medical attention or transport, but “stated that he had just arrived from Los Angeles after spending 34 days at sea and didn’t even make it in to the Harbor.”

According to the Thursday news release from the U.S. Coast Guard:

Responders are working to remove potential pollutants from the 63-foot fishing vessel, Midway Island, currently aground off Hilo.

The Coast Guard is working with the Department of Land and Natural Resources and contractor personnel to mitigate the potential pollution threat from the vessel.

Reportedly, a maximum potential of 1,800 gallons of diesel and two marine batteries are aboard.

A safety zone has been established and broadcast to mariners in the area. The vessel is aground on the rocks northwest of Hilo Harbor, and the safety zone extends 100-yards in all directions from its position. The Coast Guard is asking the public to remain clear of the safety zone to prevent injury or impact to operations. The safety zone and Broadcast Notice to Mariners are in effect for the next seven days.

Drone assessments conducted Wednesday produced good footage of the environment and condition of the vessel.

Pollution response measures are expected to start today, weather permitting. A lightering team will begin to mitigate the pollution threat from the vessel by pumping the diesel fuel into 55-gallon drums. Full drums will be airlifted by helicopter to a designated landing zone and then transferred to a vacuum truck for proper disposal. Mitigation measures will be continuously reevaluated and are subject to the effectiveness of lightering operations.

A standby vessel and rescue swimmer will be onsite during operations to assist if needed. The team is also monitoring weather continuously as it may affect operations.

The Coast Guard continues to oversee assessment and mitigation efforts, working in partnership with the State of Hawaii and local officials. There are no reports of personnel injuries, pollution, or impacted wildlife. Weather on scene is 5-foot seas with 5 mph winds.

The Midway Island, a U.S.-flagged vessel, grounded Monday following a transit from Los Angeles. The cause of the grounding is under investigation.