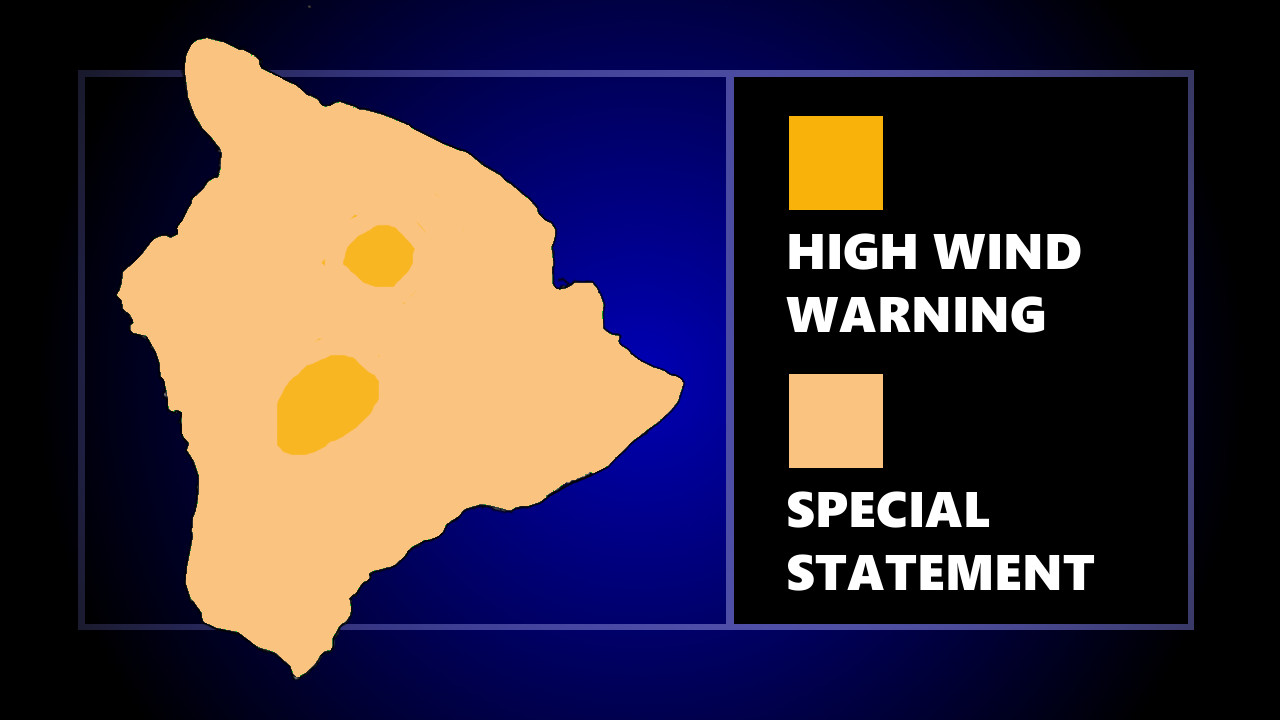 HAWAIʻI ISLAND - Winds are expected to increase late today and tonight as a surface low develops to the northeast of the islands, forecasters say.

(BIVN) – A High Wind Warning has been issued for the summits of Maunakea and Mauna Loa, and a Special Weather Statement has been posted for the rest of the Big Island on Sunday.

The road to the summit of Maunakea is closed to the public at the Visitor Information Station at an elevation of 9,200 feet due to high winds and below freezing temperatures, rangers say.

Meanwhile, the National Weather Service talked about possible windy conditions and coastal flooding for the rest of Hawaiʻi, saying in a Special Weather Statement:

Winds are expected to increase late today and tonight as a surface low develops to the northeast of the islands. A Wind Advisory is in effect for Kauai and Oahu late today through Monday, and depending on the exact track and strength of this low, the advisory may be expanded to portions of Maui and the the lower slopes of the Big Island.

Coastal flooding is possible tonight through Monday along exposed north and west facing shores due to a combination of strong winds and warning-level surf. The greatest potential for coastal flooding impacts will be during the peak daily high tide, which will occur during the early morning hours between midnight and daybreak.

Coastal impacts may include significant beach erosion, flooding of beaches that normally remain dry and overwash onto vulnerable low-lying coastal roads and other coastal infrastructure.

Pay attention to later forecasts for updated information. Listen for any watches, warnings, or advisories that may be needed for this event.