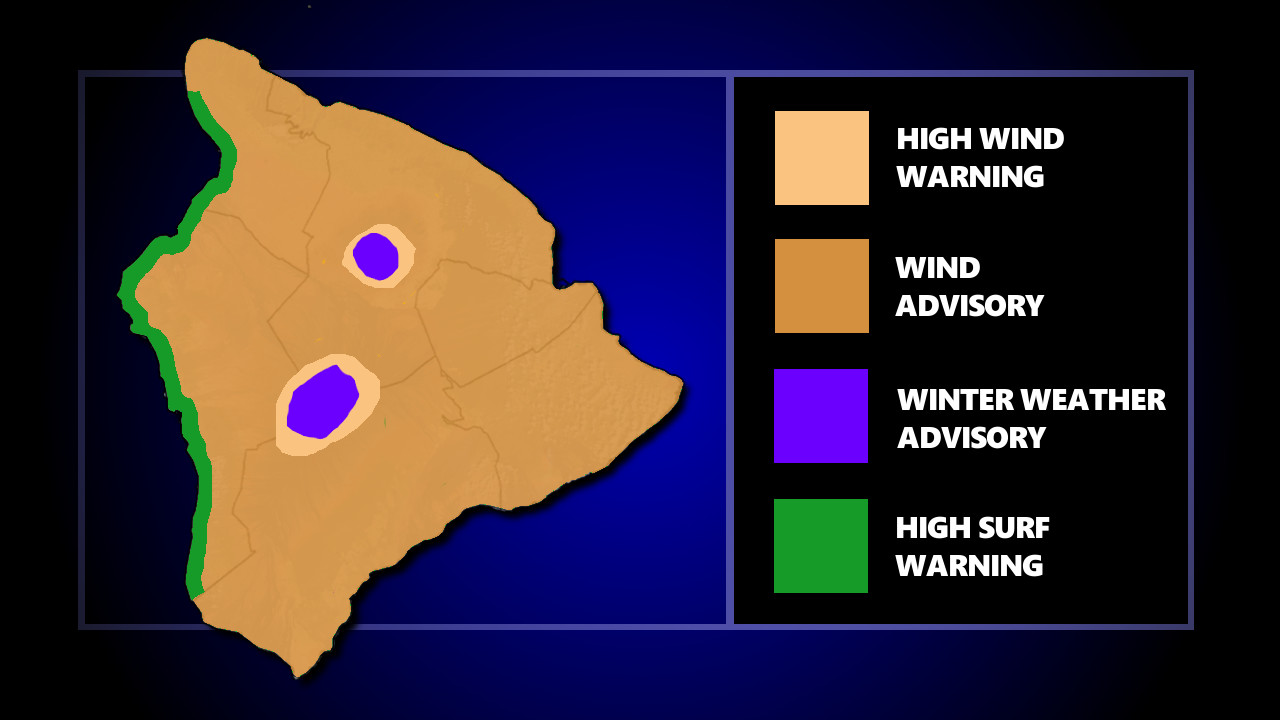 (BIVN) – The National Weather Service in Honolulu has upgraded the High Surf Advisory for West Hawaiʻi to a High Surf Warning, and the County of Hawaiʻi reports several beach closures on Monday.

Forecasteers say surf will build to 8 to 12 feet through tonight, then hold through Tuesday along west facing shores of the Big Island. Some locally higher waves will be possible along select western exposures, they say.

The combination of a long-period northwest swell and strong northwest winds associated with a low pressure system just north of the state, will bring large and dangerous surf to most north and west facing shores at least through tonight. This will likely result in significant beach erosion, overwash onto vulnerable low-lying coastal roadways, and surges within north and west facing harbors such as Haleiwa and Waianae.

Meanwhile, a Wind Advisory remains in effect for the entire Big Island, while the summit of Maunakea and Mauna Loa are under a High Wind Warning and Winter Weather Advisory.