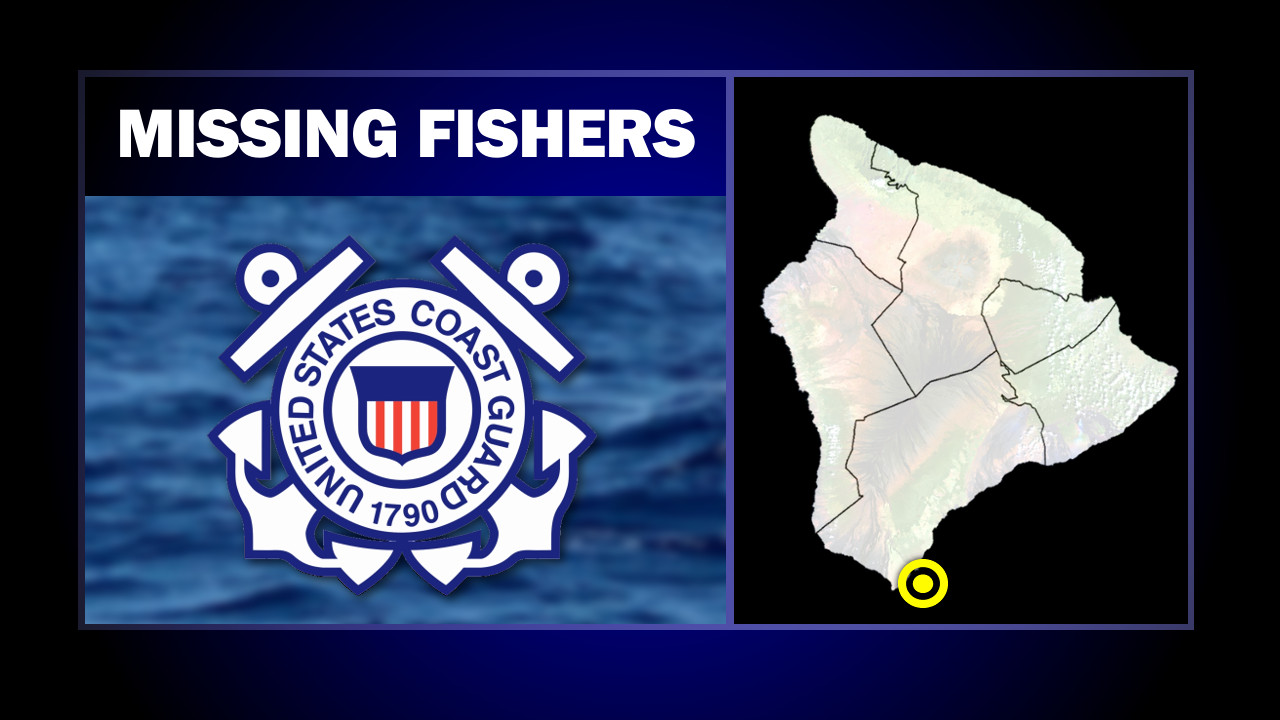 (BIVN) – The search is on for two missing fishermen along the Kaʻū coast.

The U.S. Coast Guard says it has joined Hawaiʻi County Fire and Hawaiʻi County Police in the search for James Oyama, 63, and Jay Jara, 37, (corrected) who are presumed to have been swept off the shore of Honuʻapo, or Whittington Beach Park, sometime Wednesday evening. Jay Jara is a family friend of the Oyamas. (UPDATED)

“We are working cooperatively with Hawaii County to search the area,” said Charles Turner, command duty officer with Coast Guard Sector Honolulu. “Anyone with information about the Oyama’s that may assist us with the search is asked to call the command center at 808-842-2600.”

Hawaii County Dispatch relayed information to the Coast Guard at 7 a.m. reporting the two fishers overdue after receiving a report from a family member at 5:46 a.m. The Oyamas reportedly went fishing at 5 p.m. in street clothes Wednesday at Whittington Beach Park on the southeast side of the island and were expected back before midnight. Responders located the fisher’s vehicle in the beach park and their gear onshore in the breaking surf zone.

Weather is reported as light winds and excellent visibility with 5 to 7-foot surf near shore. The National Weather Service has issued a High Surf Advisory that includes the area.

The USCG says helping with the search are:

The Coast Guard Cutter Joesph Gerczak (WPC 1126) was also launched from Honolulu to join the search.