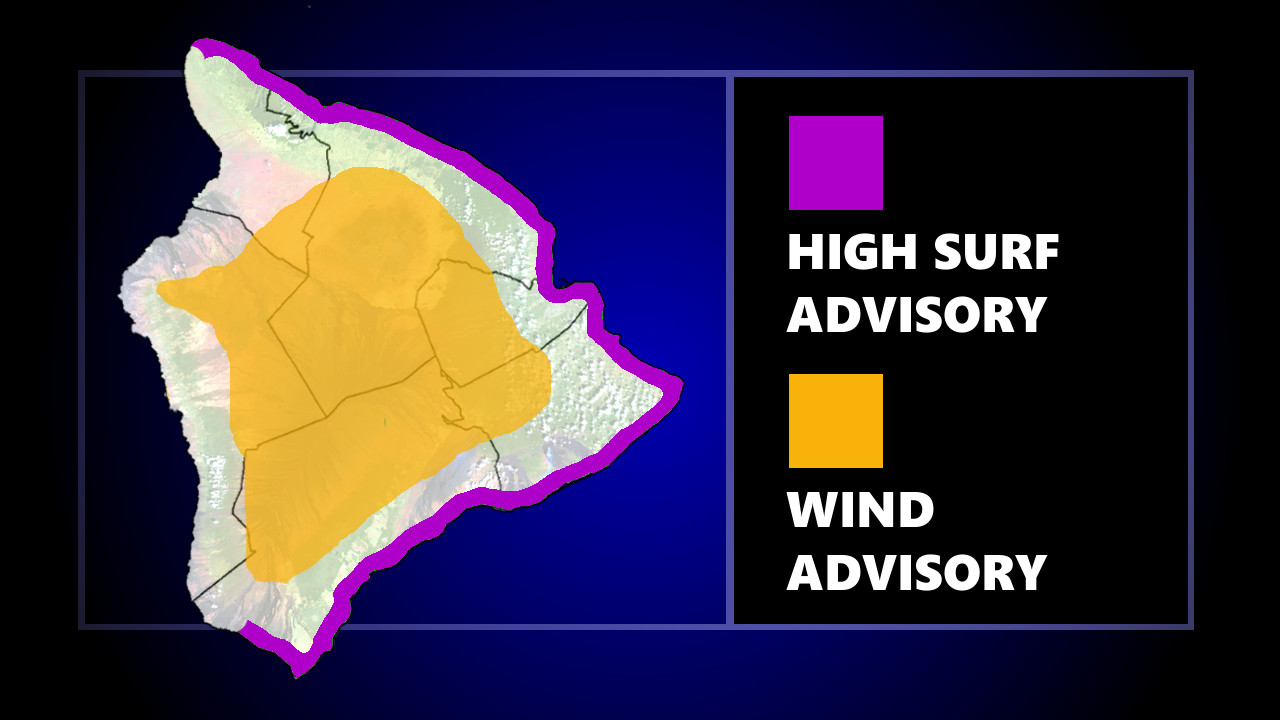 HAWAIʻI ISLAND - Two road closures were reported on Thursday morning; one due to a traffic accident, one due to downed trees.

Highway 130 in Puna is closed in both directions between Shower Drive and the Keaʻau Transfer Station. A detour has been set up at Pohaku Drive through 40th Avenue through Olaʻa Road to Highway 11, officials say.

The summits and interior regions of Hawaiʻi are under a Wind Advisory, and could see southeast winds of 20 to 35 mph with localized gusts over 50 mph, until 6 pm this evening.

The increasing trades and “a brief period of short to moderate period easterly wind waves” has triggered a High Surf Advisory due to surf above 8 feet along exposed east facing shores through tonight. The National Weather Service says surf could drop below the advisory level Friday, but will remain elevated through the weekend.