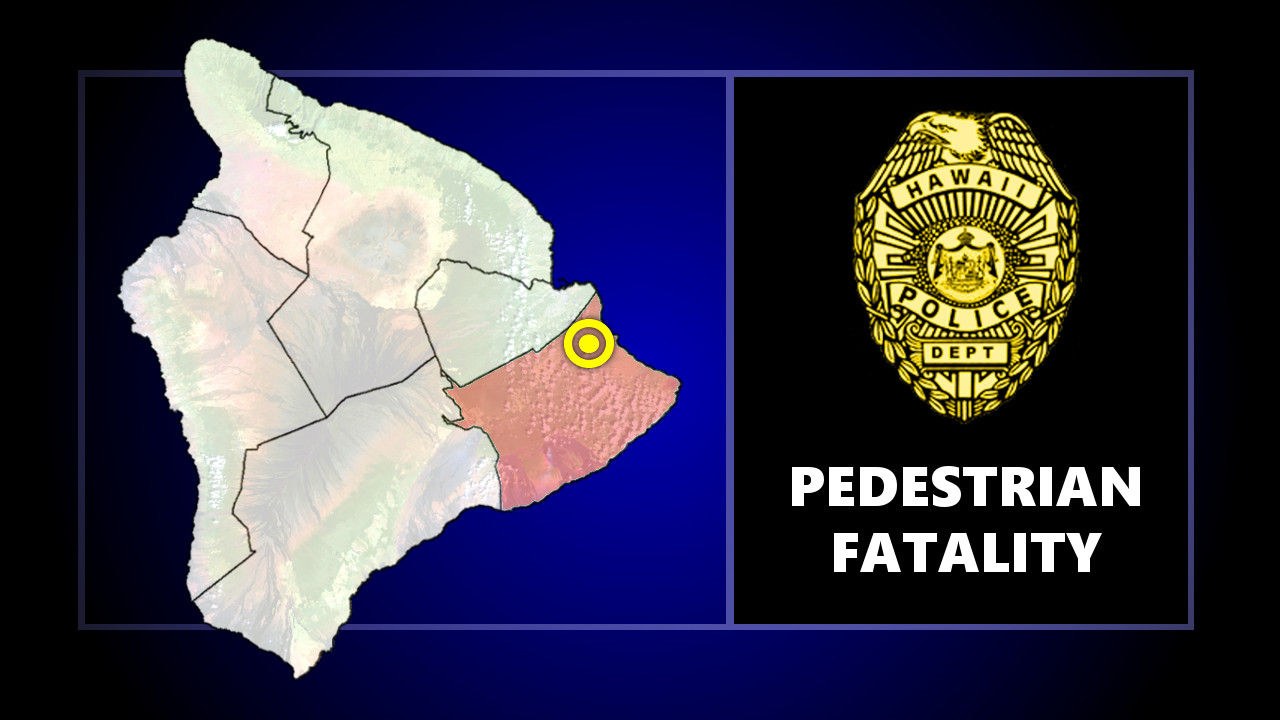 Highway 130 Closure Was Due To Pedestrian Fatality

PUNA, Hawaiʻi - An unidentified male pedestrian died from injuries sustained in a motor vehicle/pedestrian crash that occurred on Thursday morning on Highway 130.

(BIVN) – Police say the traffic that was brought to a standstill on Highway 130 on Thursday was due to a pedestrian fatality that occurred just south of the Keaʻau Transfer Station.

UPDATE (4:30 p.m.) – The 58-year-old male victim has been identified by police as David Foster Perrells, of Pāhoa.

Responding to a 6:01 a.m. call, police determined that a male pedestrian was standing in the middle of the roadway on Highway 130, (within the Hilo-bound inner lane) when he was struck by multiple vehicles that were traveling north.

The pedestrian was unresponsive and he was later pronounced dead at the Hilo Medical Center at 8:46 a.m.

Police do not believe that alcohol and/or speeding were factors in the crash.

This is the 5th traffic fatality this year compared to 2 at this time last year, police say.