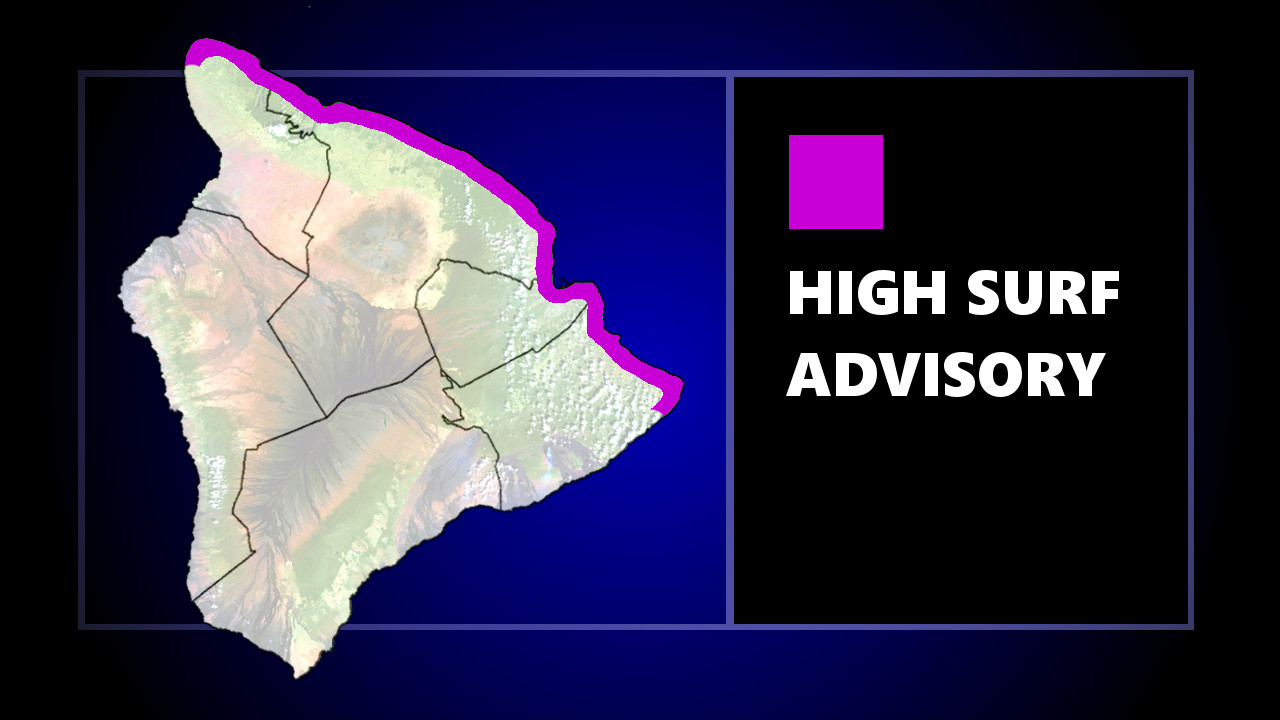 HAWAIʻI ISLAND - Surf is building to 12 to 16 feet this evening along north-facing shores of East Hawaiʻi, officials say.

(BIVN) – The National Weather Service in Honolulu has issued a High Surf Advisory for north-facing shores of Hawaiʻi Island, from Hawi in North Kohala along the Hāmākua Coast to Cape Kumukahi in Puna, through Wednesday evening.

Surf heights will build to 12 to 16 feet this evening.

According to a National Weather Service discussion posted at 3:58 p.m. HST:

A large, long-period northwest swell has arrived at most of the nearshore buoys this afternoon and is running on time, but a foot or so above WaveWatch III guidance. The swell is expected to peak this evening and tonight. Because of the higher-than-predicted swell heights, have decided to upgrade the High Surf Advisory (HSA) to a High Surf Warning for north and west facing shores of Niihau and Kauai, as well as north facing shores of Molokai and Maui, while keeping the HSA for west shores of Oahu and Molokai, through tonight. The swell should be large enough to produce advisory level surf on north facing shores of the Big Island as well, so have issued an HSA for those areas through Wednesday afternoon.