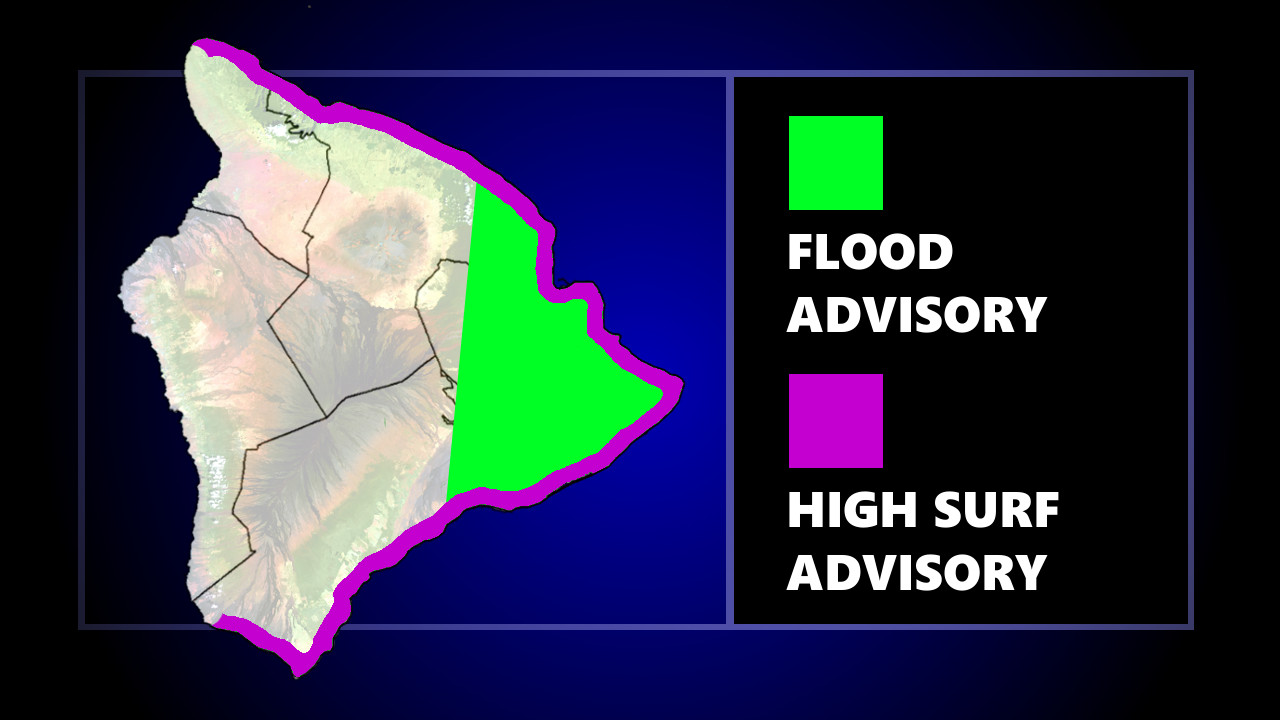 (BIVN) – The National Weather Service in Honolulu issued a Flood Advisory for the island of Hawaiʻi for late Monday night into early Tuesday, as heavy rain soaked parts of East Hawaiʻi.

At 10:23 p.m. HST, forecasters wrote, “radar indicated heavy rain over the East Big Island from Laupahoehoe to Hilo to Volcano. Rain was falling at a rate of 1 to 2 inches per hour. Expect elevated water levels in local streams and water ponding on roadways.”

A High Surf Advisory for east facing shores of the Big Island was also in effect. On Monday afternoon, forecasters said surf was expected to be 10 to 14 feet, lowering to 8 to 12 feet Tuesday.