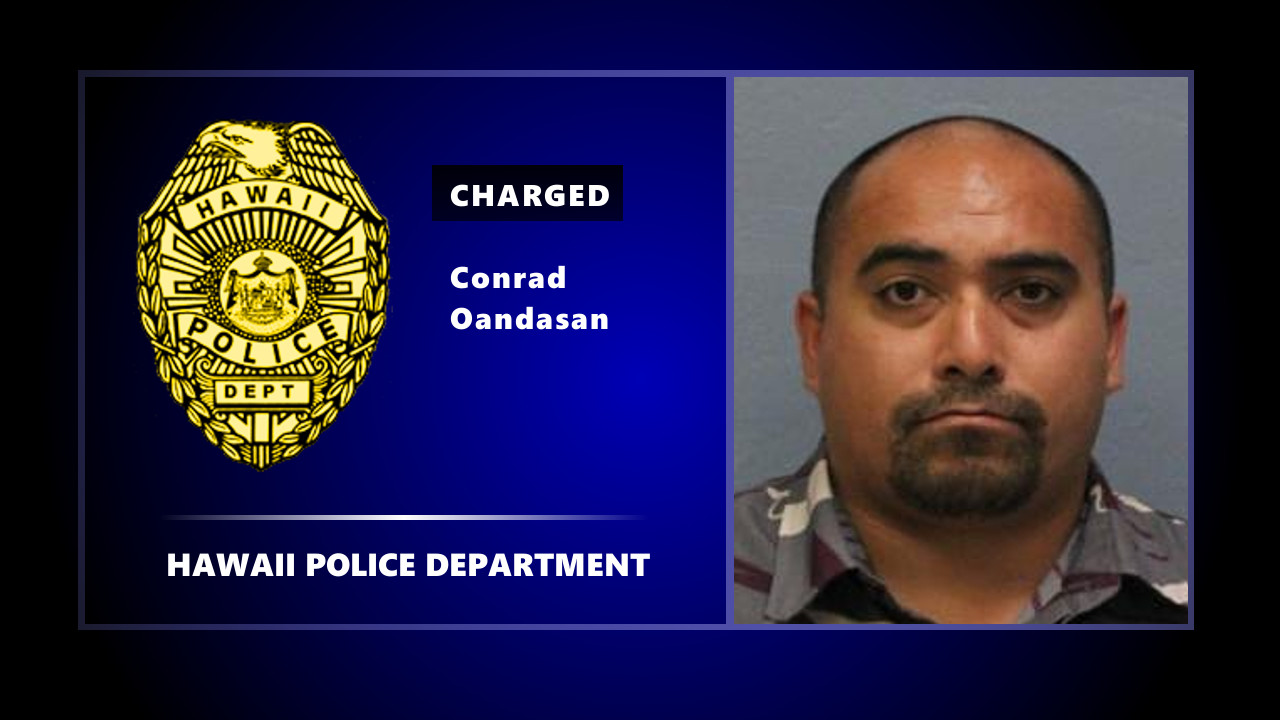 WAIKOLOA, Hawaiʻi - A female victim reported her purse was stolen while she was attending a function on the resort grounds.

(BIVN) – Police have arrested a Waimea man and charged him in connection with a theft that was reported at a Waikoloa resort last week.

On Saturday evening, February 29, South Kohala Patrol officers responded to a resort located on North Kaniku Drive in the Mauna Lani area of Waikoloa, “where a female victim reported her purse with contents was stolen while attending a function on the resort grounds,” police say. “As officers continued the investigation, it was determined that the victim’s credit cards were fraudulently used at a business establishment in Kona and a male suspect was identified.”

On Tuesday morning, March 3, 34-year-old Conrad Oandasan was arrested and charged for the theft in the third degree, two counts of fraudulent use credit card, two counts of unauthorized possession of personal confidential information, and two counts of theft of credit card. His total bail was set at $9,500, police say.