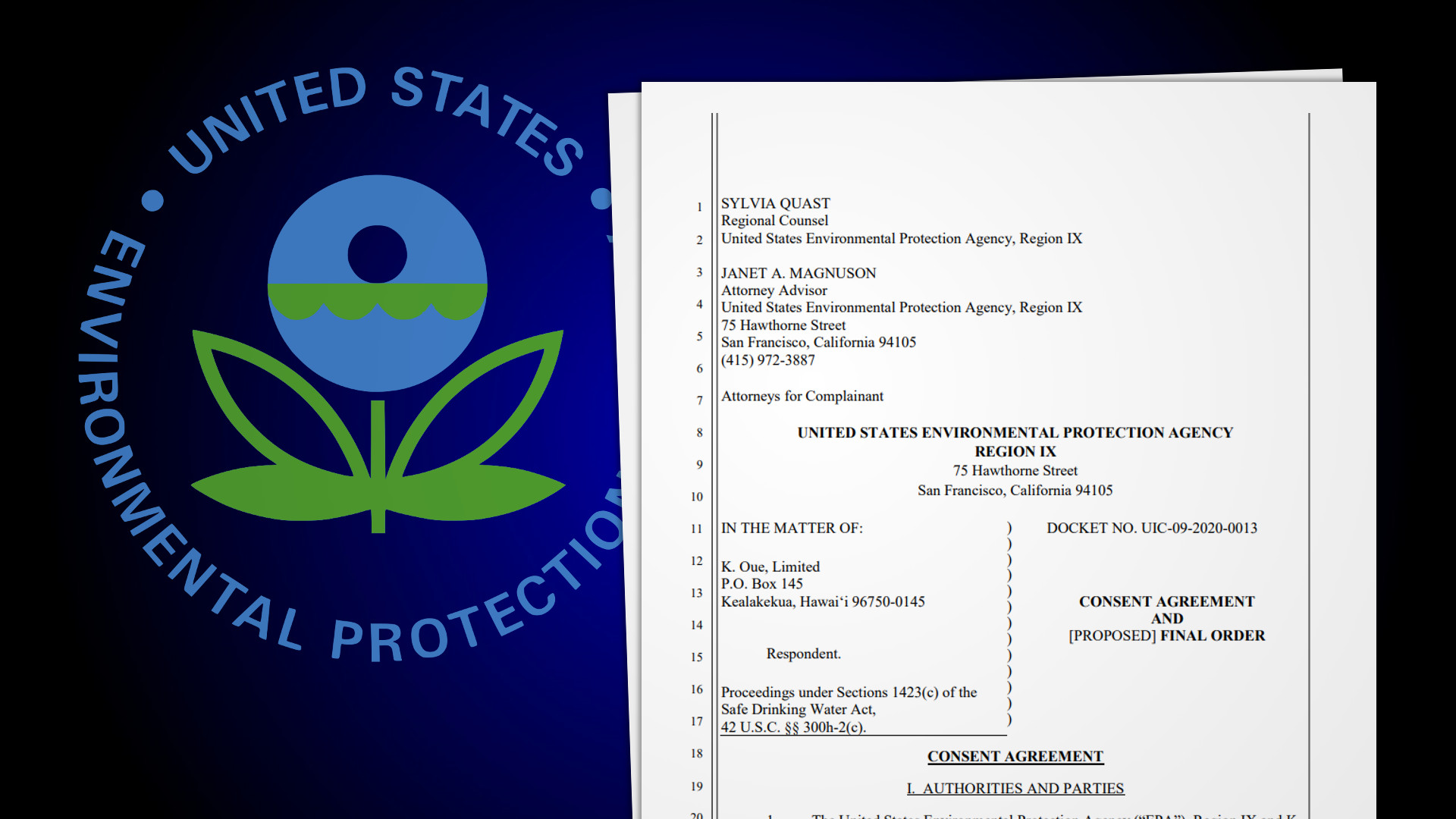 (BIVN) – The federal government announced on Monday that it has taken action on more large-capacity cesspools on Hawaiʻi Island.

EPA inspectors identified multi-unit residential buildings illegally discharging wastewater into eleven cesspools in Kealakekua, Hawaii. The cesspools will be replaced with compliant systems. The owner, K. Oue, Limited, has agreed to pay a $88,545 penalty and close all eleven LCCs.

In addition, in Kailua-Kona the Group Investments LLC failed to close a cesspool at a building that the company owns and leases to tenants Sherwin Williams and B. Hayman Co. Services. The LCC will be replaced with a compliant system. Group Investments has agreed to pay a $56,151 penalty and close the LCC.

Since 2005’s LCC ban, more than 3,400 of the cesspools have been closed statewide; however, many hundreds remain in operation. Cesspools collect and discharge untreated raw sewage into the ground, where disease-causing pathogens and harmful chemicals can contaminate groundwater, streams and the ocean. Groundwater provides 95% of all domestic water in Hawaii, where cesspools are used more widely than in any other state.

In 2017, the State of Hawaii passed Act 125, which requires the replacement of all cesspools by 2050. It is estimated that there are approximately 90,000 cesspools in Hawaii.