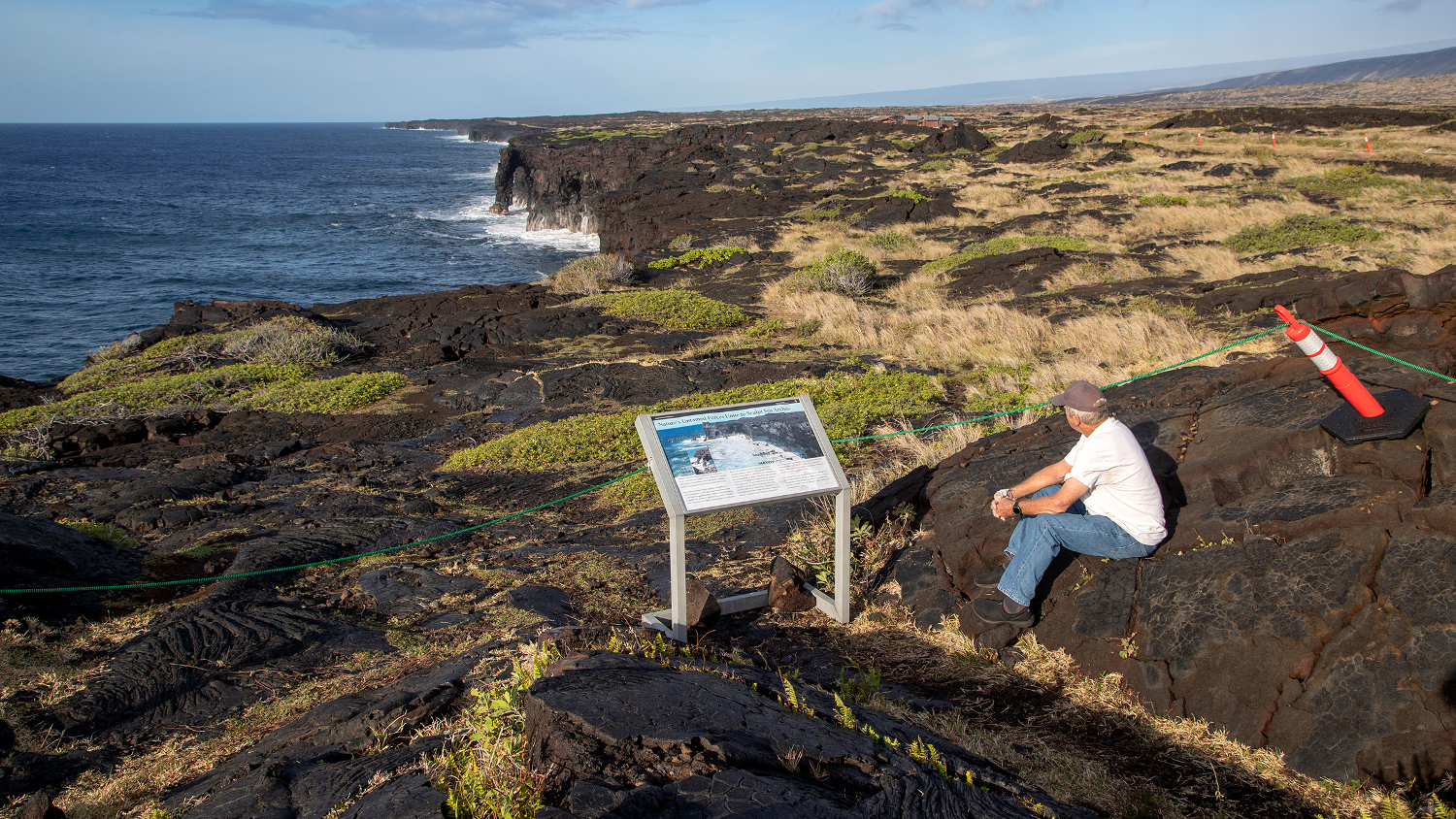 HAWAIʻI VOLCANOES NATIONAL PARK - A new viewing area has been established about 1,000 feet past the gate at the end of Chain of Craters Road, atop hardened pāhoehoe lava. 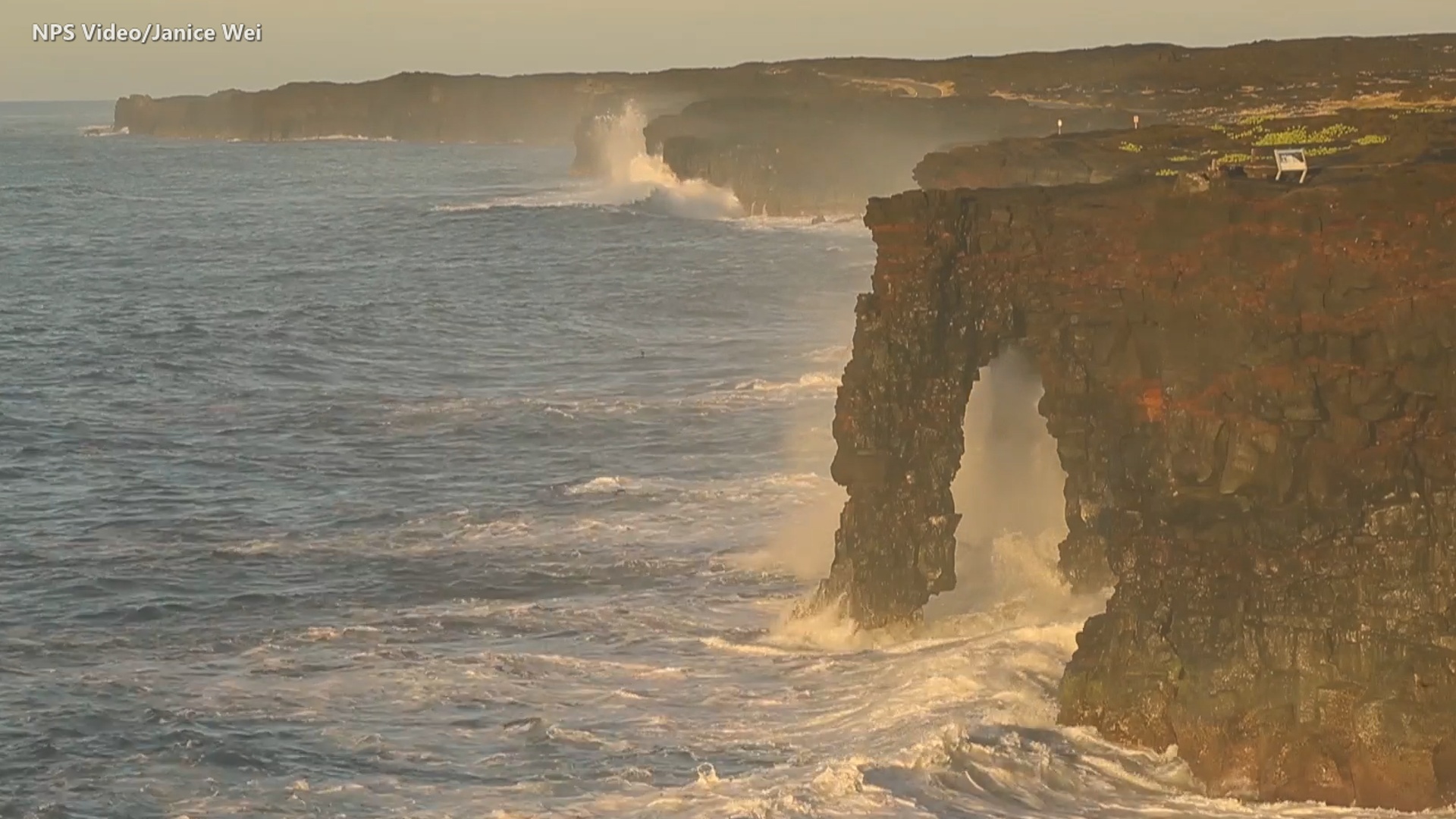 On Tuesday, park officials announced the new viewing area is located “about 1,000 feet past the gate at the end of Chain of Craters Road, atop hardened pāhoehoe lava.”

The original Hōlei Sea Arch viewing area was closed in January following the discovery of cracks and instability in the coastal cliffs in the area.

In February, park officials said they planned to identify a new, safer observation area in the coming weeks.

Park officials say the new viewing area is set back away from the cliff edge, and is marked with orange stanchions and rope. “Visitors are urged to stay away from dangerous cliff edges, and are reminded that entering closed areas puts themselves and first responders at risk,” the National Park Service said.

The Hōlei Sea Arch is 90 feet high and was formed around 550 years ago, park officials say.