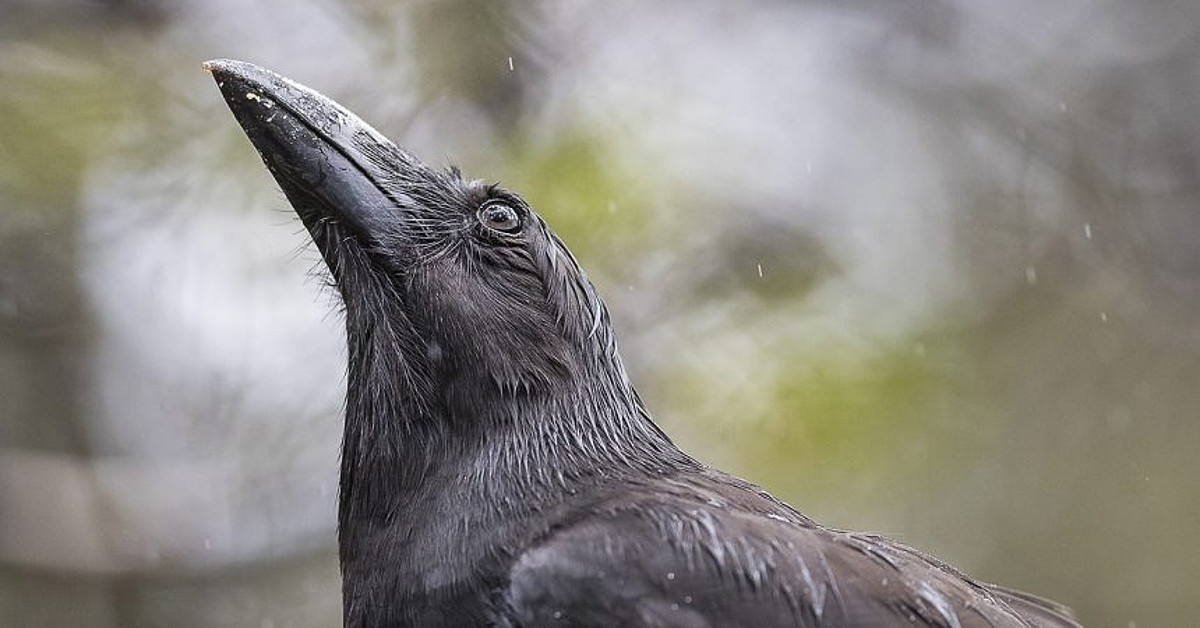 HAWAIʻI ISLAND - The effort to recover the iconic Hawaiian crow species is looking to the next stage, state officials say.

(BIVN) – The State of Hawaiʻi recently shared an update on the ongoing ups and downs in the effort to recover the ‘Alalā, the Hawaiian crow species once considered to be extinct in the wild. The Department of Land and Natural Resources provided this media release:

When the first group (cohort) of ‘Alalā (Hawaiian crow) were released in 2016, researchers and scientists knew that the project would encounter obstacles and challenges. Recovering this iconic Hawaiian species would require dedication, coordination, and adaptation. The ‘Alalā Project is now in the fourth year of releases, and despite losses, the project and the birds themselves are continuing to grow and learn in their new environment.

“We knew from the beginning, based on the long history of species reintroductions globally, that we would have setbacks,” said Jackie Gaudioso-Levita, coordinator for The ʻAlalā Project and biologist with the Hawaiʻi DLNR Division of Forestry and Wildlife. Gaudioso-Levita explained, “The lack of ‘Alalā existing in the wild means birds hatched in conservation breeding centers do not have the opportunity to learn survival skills from adults in a natural setting. That’s one of the issues we addressed more fully in the rewrite of our reintroduction plan in 2017, through anti-predator training, as well as release site selection and using social interactions to form release groups.”

Twenty years ago the ‘Alalā was on the brink of extinction. In a last ditch effort to save the species, a group of state and federal government partners and San Diego Zoo Global (SDZG) began hatching and raising birds in conservation breeding centers at the San Diego Zoo Global’s Keauhou Bird Conservation Center on Hawai‘i Island and Maui Bird Conservation Center on Maui. Those birds became the basis of the program to release ‘Alalā back into native forests and recover the species. In 2016 the first cohort of ‘Alalā was released into the Pu‘u Maka‘ala Natural Area Reserve (NAR). Following initial losses from natural predators, the bird were re-captured and a new anti-predator training program was created to better prepare the birds for life in their native habitat.

The ʻAlalā Project’s revised reintroduction plan included innovative new predator recognition training for the birds, and in 2017 a cohort of 11 birds was introduced into the forest. “After rigorous pre-release training to recognize raptors as predators and native fruits as food, the 11 released birds showed high survival for over a year, demonstrating encouraging behaviors such as predator defense and natural foraging,” said Alison Greggor, SDZG recovery ecology researcher.

During 2018 a group of ten birds was released and in 2019 a group of seven birds was released. Six birds from the 2017 cohort have since died or gone missing. Two of these birds were killed by ‘Io, one was killed by another ‘Alalā, and the carcasses of three others were never recovered. Five of the ten birds in the 2018 cohort have died or went missing and only one of seven birds from the 2019 cohort has survived. Of the 27 birds released during 2017-2019, to date, ten remain surviving in the wild. While this can be heartbreaking for both the team members who care for the birds and peoplewho follow the project, the losses are not entirely unexpected.

“Although we all regret the losses of these ʻAlalā, this experience is not unlike those we have had with other species back on the mainland, like the California condor or the Stephens’ kangaroo rat, which had many obstacles to establishing successful reintroduction,” said Dr. Ron Swaisgood reintroduction specialist for SDZG. “I am heartened that we had high survival initially after our 2017 and 2018 ʻAlalā reintroductions, indicating that the pre-release training and habitat management measures we took were working. But it is worrisome that recently many ʻAlalā that had survived a year or more in the wild have now perished. We are all grappling with understanding and addressing these losses.”

Successes such as the pairing of released birds and nest building in 2019 are important milestones as the team and the birds move into this upcoming breeding season with hope that the remaining birds will successfully breed in the wild.

“It is incredible to watch as both the birds and the Project continue to adapt and learn through this process. The birds are exploring their new habitat, learning from each other, and learning how to survive on their own. We are grateful for the continued support of the community as well as all of our partners as we look to the next stage of recovery for the ʻAlalā,” said Michelle Bogardus, U.S. Fish and Wildlife Service Geographic Team Leader for Maui Nui and Hawai‘i Island.

The team continues to monitor the remaining five males and five females at Pu‘u Maka‘ala NAR, and remains cautiously optimistic. They’re working toward next steps for the species which is the release of a cohort in the South Kona area planned for 2022. Gaudioso-Levita said, “In the meantime, we are working to keep the ten surviving ‘Alalā healthy and safe, through internal project expertise and consulting with fellow reintroduction experts across the globe. We acknowledge more challenges are ahead, but the steps that will lead to the recovery of the species are still within reach.”