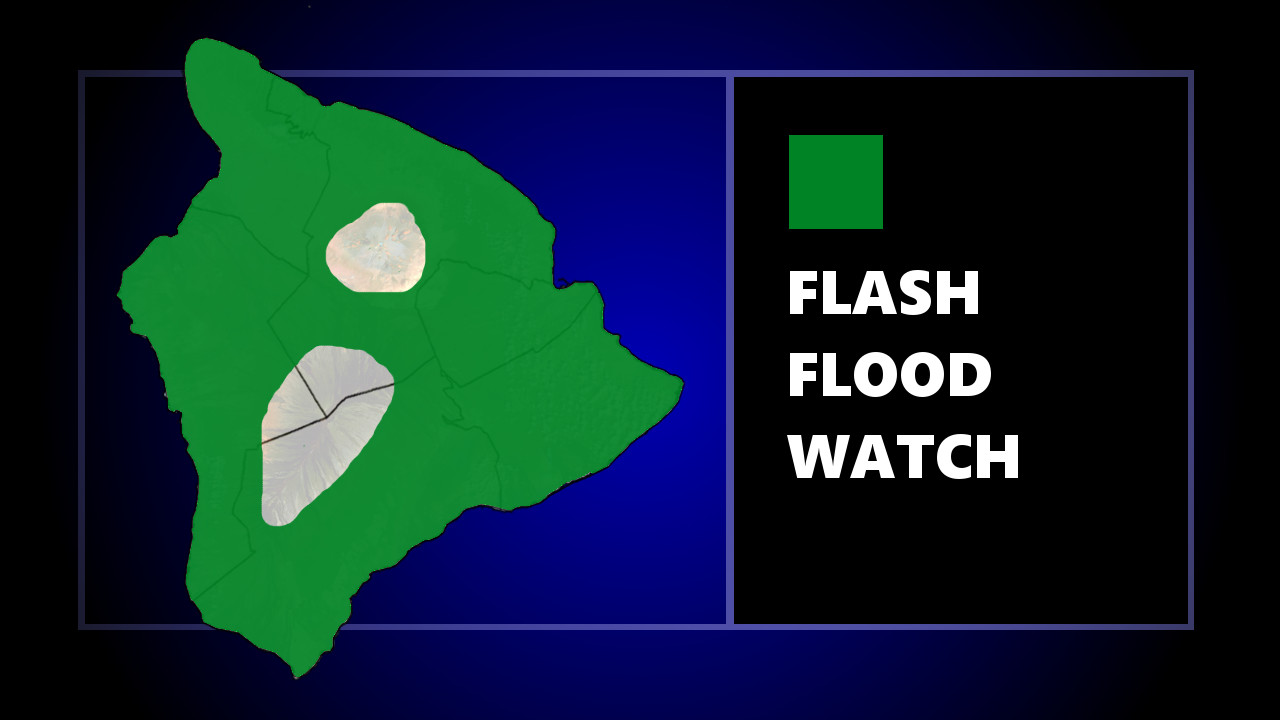 (BIVN) – The National Weather Service in Honolulu says a Flash Flood Watch will be in effect for all Hawaiian islands starting this evening through Tuesday afternoon, as a Kona low forms west of the islands Sunday night.

Forecasters say “increased southeast to south winds, bands of heavy rainfall, and thunderstorms are expected. While all islands could experience flooding rainfall, Kauai and Oahu will see the greatest risk.”

“Heavy rain will likely affect urban and leeward locations as well as lower elevations, which are more vulnerable to flooding impacts,” the forecasters added.

The National Weather Service went into greater detail in its 4 a.m. discussion:

Strong upper level forcing will keep all islands under an increasing risk for heavy rain, thunderstorms, and flash flooding during this time period. A Flash Flood Watch was issued for all islands starting later this evening through Tuesday. However, the highest rainfall amounts and flooding threat on Monday appear to focus more over Kauai and Oahu as a convergent low level trough associated with this kona storm forms over both islands. This large band of heavy showers will then drift eastward into Maui and Hawaii Counties from Monday night into Tuesday spreading heavier showers eastward across the entire state.

These heavy shower bands will at times pull down stronger winds aloft producing brief wind gusts above wind advisory thresholds. Surface winds will approach wind advisory levels during this time period across the western half of the state. Thunderstorms are favorable in this unstable environment, especially along the low level trough where the best kona storm forcing can tap into abundant moisture and instability. Snowfall remains in the forecast for the Big Island summits of Mauna Loa and Mauna Kea above 12,000 feet elevation during this time period.

The challenge with this kona storm forecast is that island by island impacts are highly dependent upon the location, strength and movement of this kona storm. Confidence in heavy rain, thunderstorms, and the potential for flash flooding remains high at this point for all islands. Yet, timing these impacts for each island will remain challenging, as the movement of both the kona low and the low level trough will change a bit over time.

Unsettled weather conditions are forecast linger into the second half of next week as the kona low weakens and slowly drifts northward away from the main Hawaiian Islands. Long range guidance hints at moderate easterly trade winds filling in over the region as the kona low departs with a return to a more typical and drier trade wind weather pattern by Friday.

Please continue to plan for heavy rain and thunderstorms developing from tonight through Tuesday and check for updates to the local island weather forecast over the next several days as the forecast impacts will likely evolve over time.