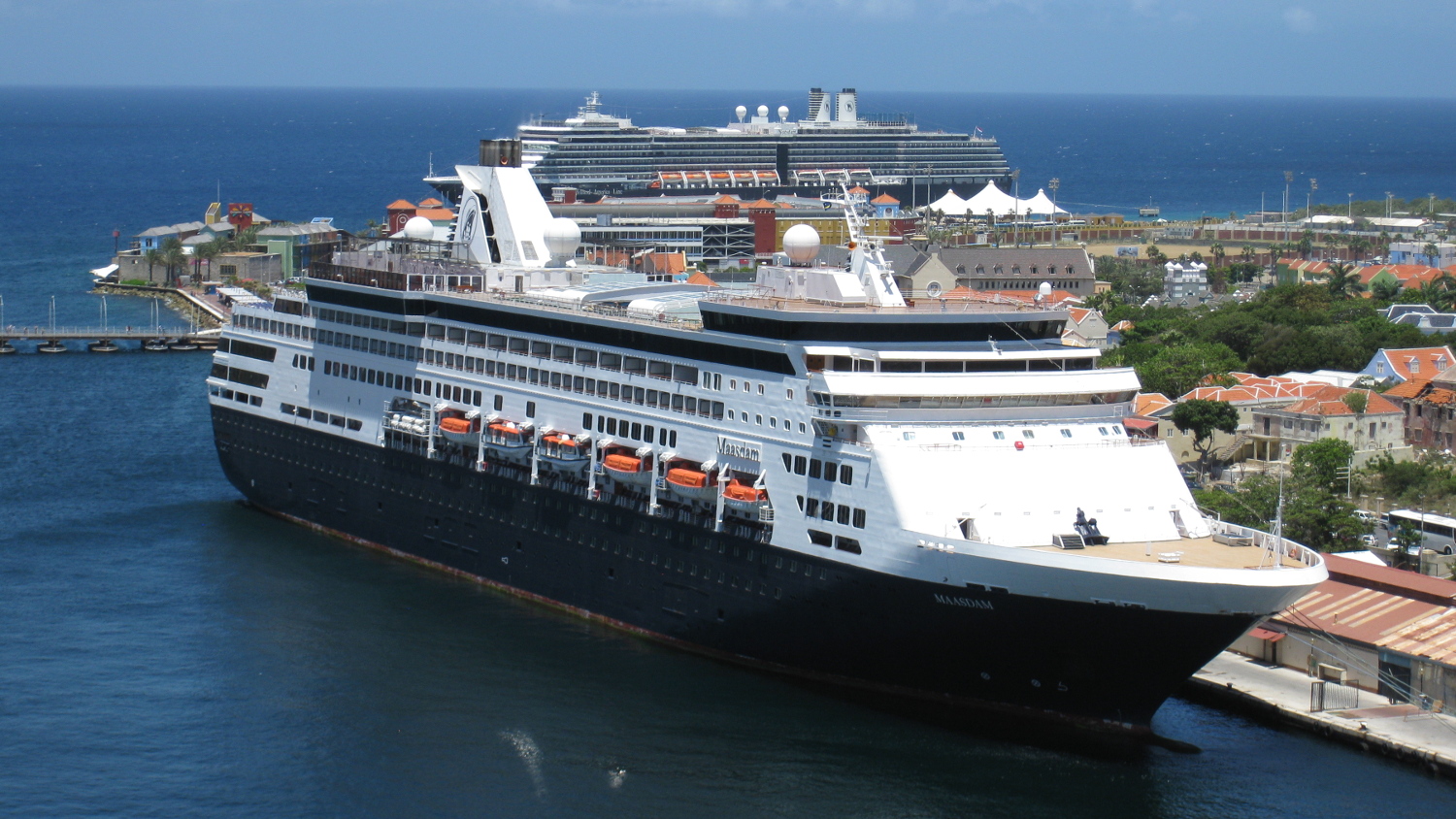 HILO, Hawaiʻi - The Holland America Line ship had a port call for Hilo, however that reservation has been canceled. Photo by Andrew J Bryson (CC 3.0) via Wikipedia. Cropped to fit aspect ratio.

Maasdam Cruise Ship Will Not Arrive In Hilo, DOT Says

HILO, Hawaiʻi - The Holland America Line ship had a port call for Hilo, however that reservation has been canceled.

(BIVN) – The arrival of a cruise ship that had been re-routed from California to Hilo has been canceled, the Hawaiʻi Department of Transportation announced on Monday.

According to a Holland America cruise line media release, the Maasdam was originally scheduled to disembark in San Diego, California, on April 3. However, it was instead routed towards Hilo, and scheduled to arrive on March 20. Passengers hoped to find flights home, presumably, from the Hilo Airport.

News articles written using sources aboard the vessel described a cruise that was “stranded in the Pacific Ocean with dwindling food supplies and their future plans in tatters,” thrown into disarray due to the COVID-19 pandemic.

The Hawaiʻi Island community learned of the pending arrival last week, and has been raising an alarm since that time.

Kū Kahakalau, former chair of the County Ethics Board, wrote to the island’s County Council, saying it was unconscionable to “dump over 1000 people in our small town of Hilo, who need to be housed and fed until they can catch a flight to get off the island, when the shelves in our stores are already empty of essential items like toiletpaper and eggs, due to panic buying.”

On Monday evening, the Hawaiʻi DOT had this update:

HDOT Harbors Division and the U.S. Coast Guard are continuing coordination with the Maasdam cruise ship that is en route to Hawaii. The ship had a port call for Hilo, however that reservation has been canceled. HDOT is working with the vessel’s agent regarding a new reservation, however Honolulu Harbor is the preferred port HDOT will accept. To date, there have been no positive cases of Covid-19 associated with the ship. The vessel will have been at sea longer than the 14 day incubation period prior to arriving in Hawaii. The vessel’s leadership is required to report any symptomatic passengers prior to arriving in Hawaiian waters. If there are concerns with passengers the ship can be held out of port. Additional details will be shared as they are confirmed.