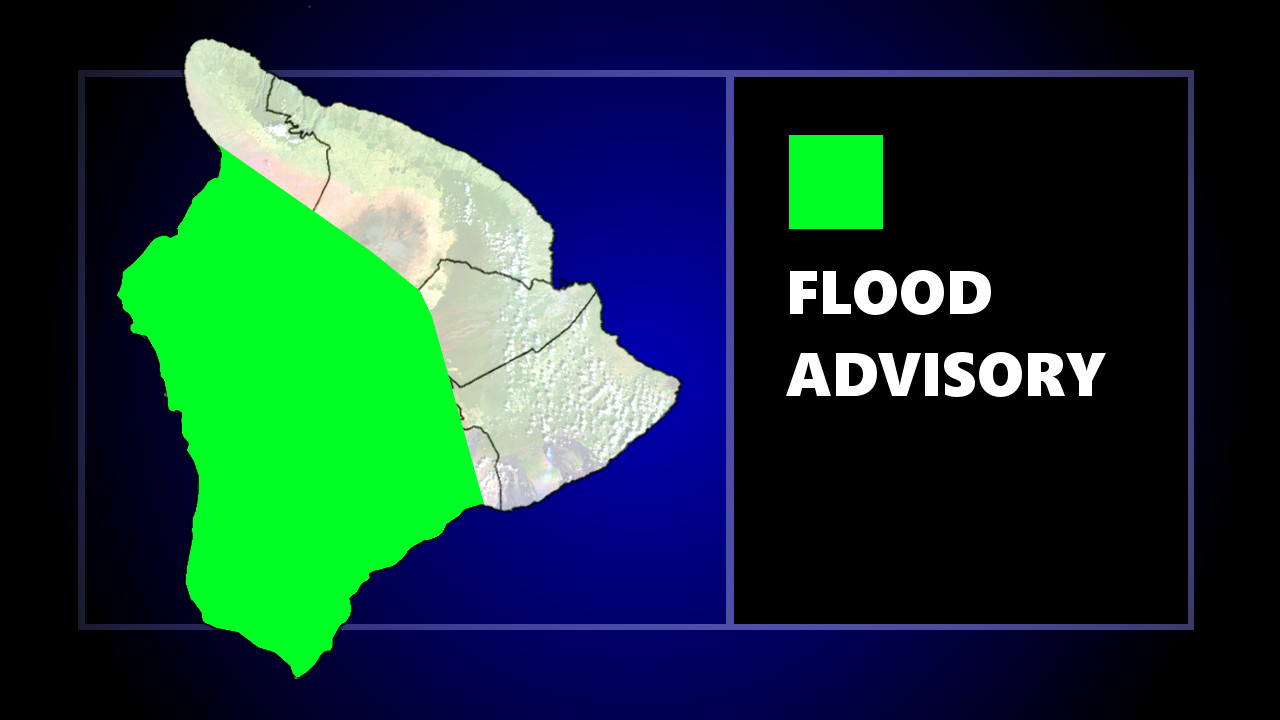 (BIVN) – The National Weather Service in Honolulu has issued a Flood Advisory for a large portion of the island of Hawaiʻi until 7:15 p.m. HST.

Forecasters reported that at 4:15 p.m. HST, “radar continue to show scattered heavy showers and thunderstorms producing rain rates of 1 to 2 inches per hour over leeward and interior portions of the Big Island. Showers are expected to diminish late this afternoon.”

Due to the Flood Advisory, Hawaiʻi County Civil Defense issued the following: