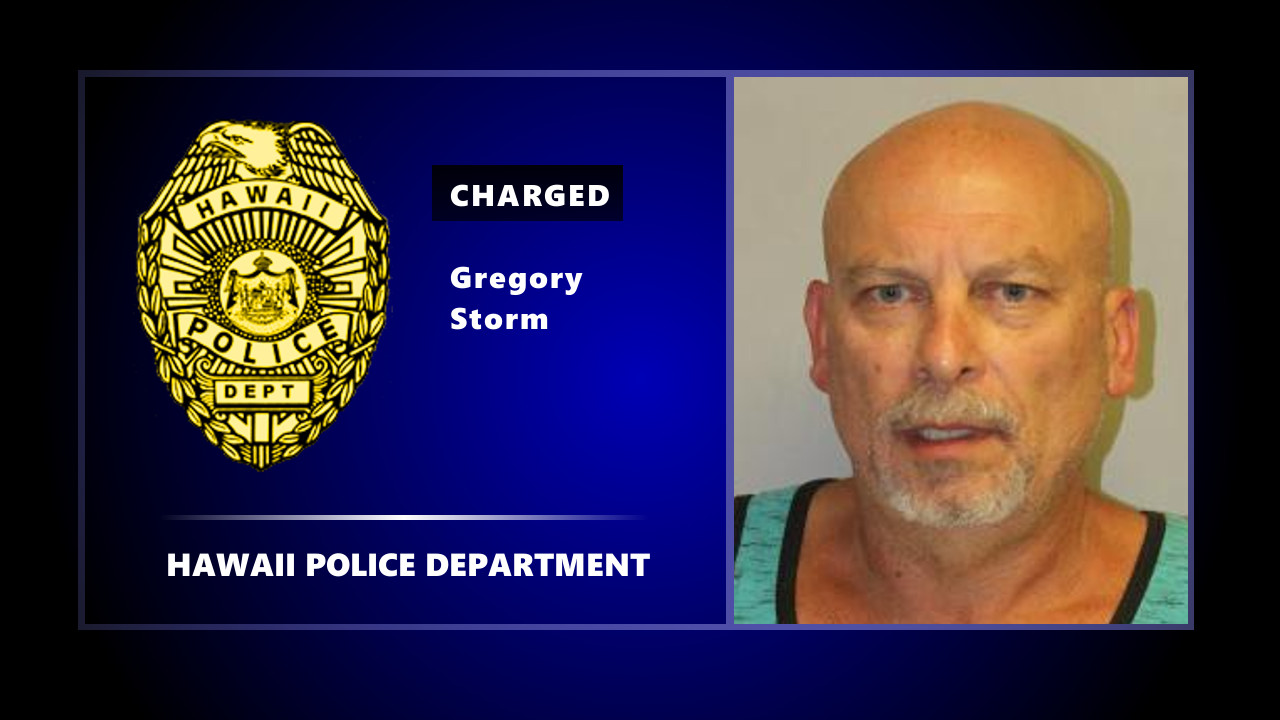 Police Say Man Threatened Them With COVID-19, Coughed In Their Face

HILO, Hawaiʻ i - Police arrested and charged a 53 year-old Hilo man for several offenses including allegedly threatening police with the COVID-19 virus.

(BIVN) – Hawaiʻi Police say a 53 year-old Hilo man told them he had the COVID-19 virus and “coughed intentionally in their face” as he was being arrested Thursday morning.

Police issued this media release after the incident:

This morning (April 9) at about 9:45 a.m., South Hilo patrol officers arrested a male party in the parking lot of the South Hilo police station. The suspect identified as Gregory Storm a 53-year-old man from Hilo was wanted in connection with a resisting an order to stop a motor vehicle case that occurred earlier in the day.

While being taken into custody, Storm told the arresting officers he had the COVID-19 virus and coughed intentionally in their face. The suspect was subsequently transported to Hilo Medical Center for minor injuries where he was treated and released.

The suspect was examined by Hawaii Fire Department medics and Hilo Medical Center staff and determined that there were no symptoms of the Covid-19-virus and it is not believed that he actually carried the virus.

Storm is currently being held at the East Hawaiʻi Detention Facility in lieu of $3,025 total bail.

Police Chief Paul Ferreira confirmed this week that the Hawaiʻi Police Department is the agency responsible for the enforcement of the 14-day mandatory quarantine within Hawaiʻi County when violations occur. The police say “any person found to be in violation of this quarantine requirement would be subject to a misdemeanor conviction, punishable by a fine of up to $5,000 and/or imprisonment of up to a year.”

“Chief Ferreira also relates his department is keenly aware of the sacrifices being made by the community with respect to the Governor’s proclamation and the department will be diligent in pursuing those individuals seeking to circumvent the quarantine restrictions,” the police department stated.