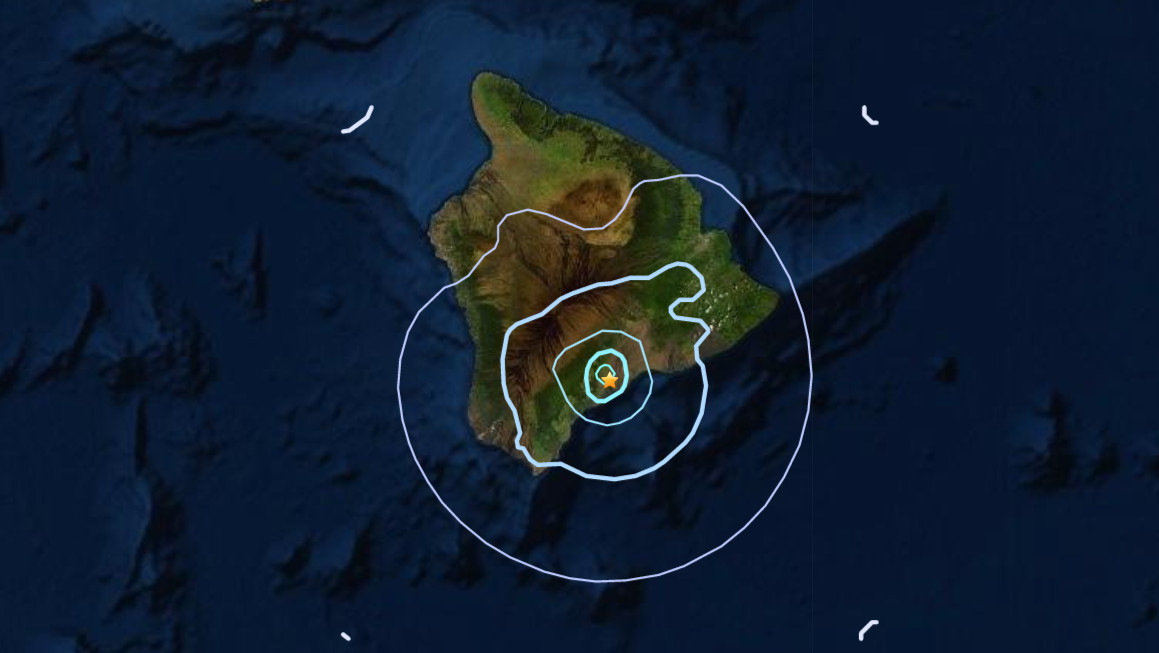 HAWAIʻI ISLAND - A deep earthquake shook the Big Island of Hawaiʻi on Sunday at about 1:45 p.m. HST. 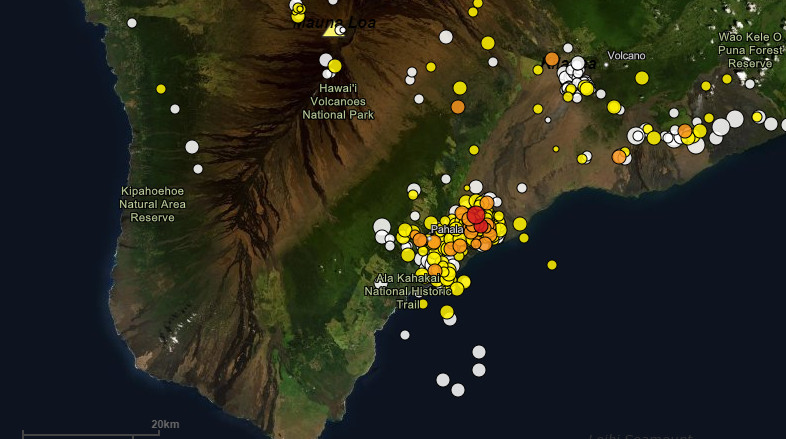 (BIVN) – An earthquake was felt on Hawaiʻi island on Easter Sunday.

Preliminary measurements indicate that the earthquake was a Magnitude 3.7, centered 4.7 miles east northeast of Pāhala, about 20 miles deep below the surface.

The earthquake appears to fit the profile of a deep Pāhala earthquake. The USGS Hawaiian Volcano Observatory recently issued a Kīlauea Information Statement on the ongoing swarm occurring below the Pāhala-area of Kaʻū under the volcano’s Southwest Rift Zone.

“Clustering of deep earthquakes in this region does not mean an eruption is imminent,” scientists wrote. “HVO has recorded earthquakes in this area for many decades across several eruptive cycles at both Kīlauea and Mauna Loa volcanoes. No correlation between seismic activity in this zone and volcanic activity at the surface has been established, although this is an important topic for future research.”

“The HVO monitoring network has recorded a high rate of seismicity in this region, typically between 20-40 earthquakes per day, since August 2019,” the April 8 statement reads. “A peak rate of more than 80 per day was recorded in February 2020. These rates are the highest ever measured for the area in the 60 years of instrumental observation.”