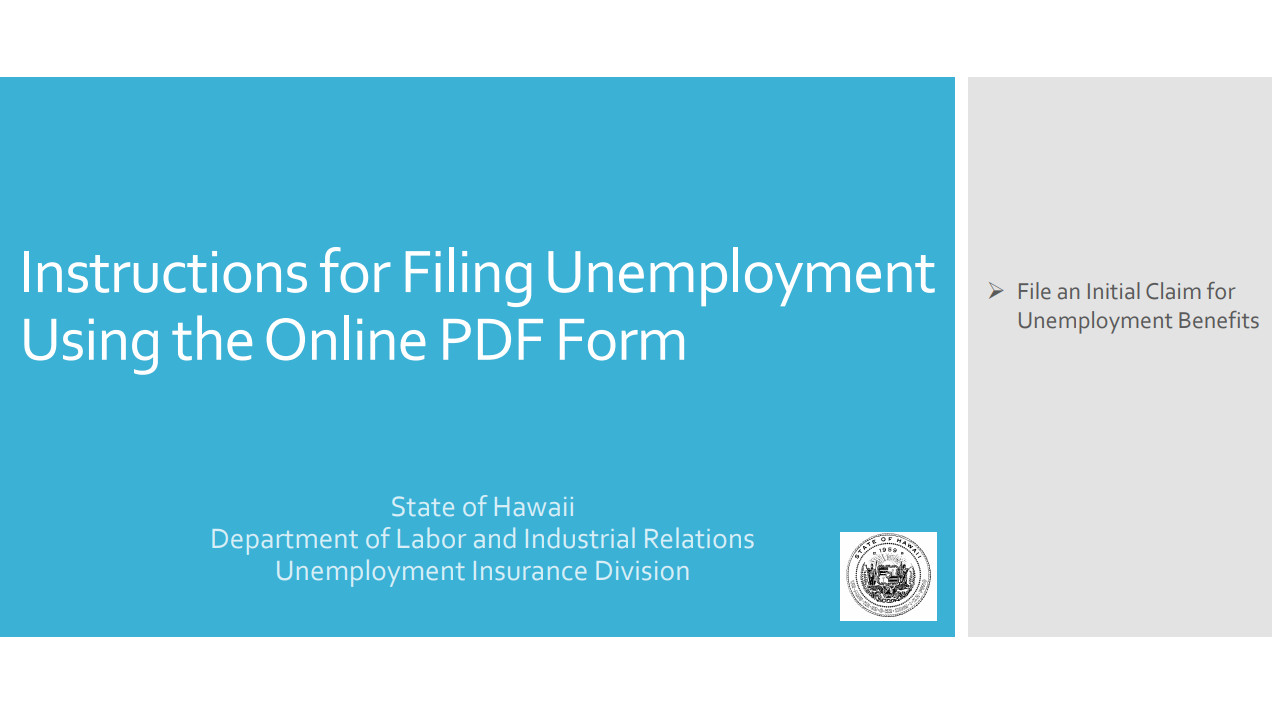 HAWAIʻI - State officials say the system, after initially being unable to handle the sudden increased volume of claims, is now distributing benefits.

(BIVN) – The Hawaiʻi Department of Labor and Industrial Relations reports it has taken 237,048 initial unemployment filings since March 1 as a result of the COVID-19 pandemic.

“Most of those initial claims were filed via a web form that was made available on March 23,” a state update reported. “All claims will be honored from the date of separation, if eligible.”

Governor David Ige announced on Wednesday that more than $11 million in benefits was distributed last week, with $7.7 million sent out on Tuesday alone.

“The system was initially unable to handle the increased volume of claims,” Governor Ige said. “But it has been upgraded and we are diligently working on increasing and improving the filing and processing of new claims.”

The state says a step-by-step guide is available to help walk individuals through the process of filing, certifying and obtaining unemployment benefits.

The state also announced that a new web portal went live this week, giving users the ability to check on the status of their claims.

In addition, three distinct email addresses are available for claimants with specific challenges with their claims and are processed by the offices in Līhuʻe, Kona and Hilo: