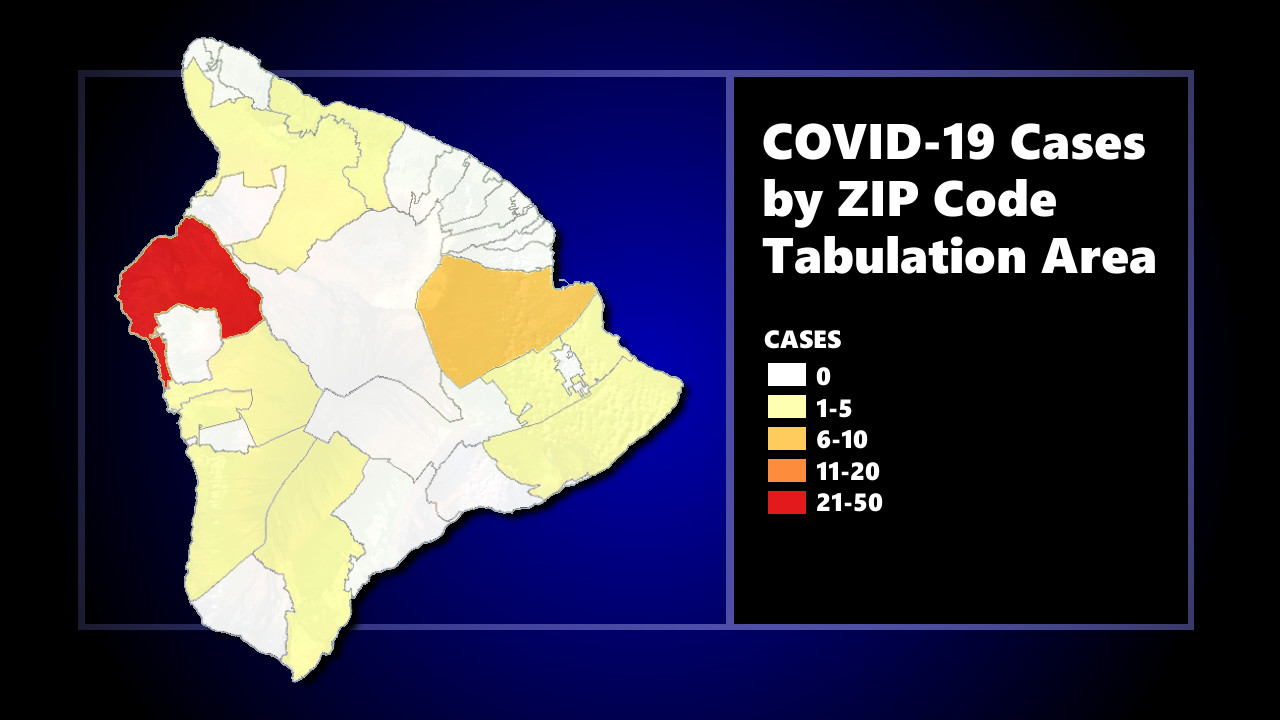 HAWAIʻI ISLAND - Of the four newly reported cases statewide, two were on the Big Island and two were on Maui, health officials report. 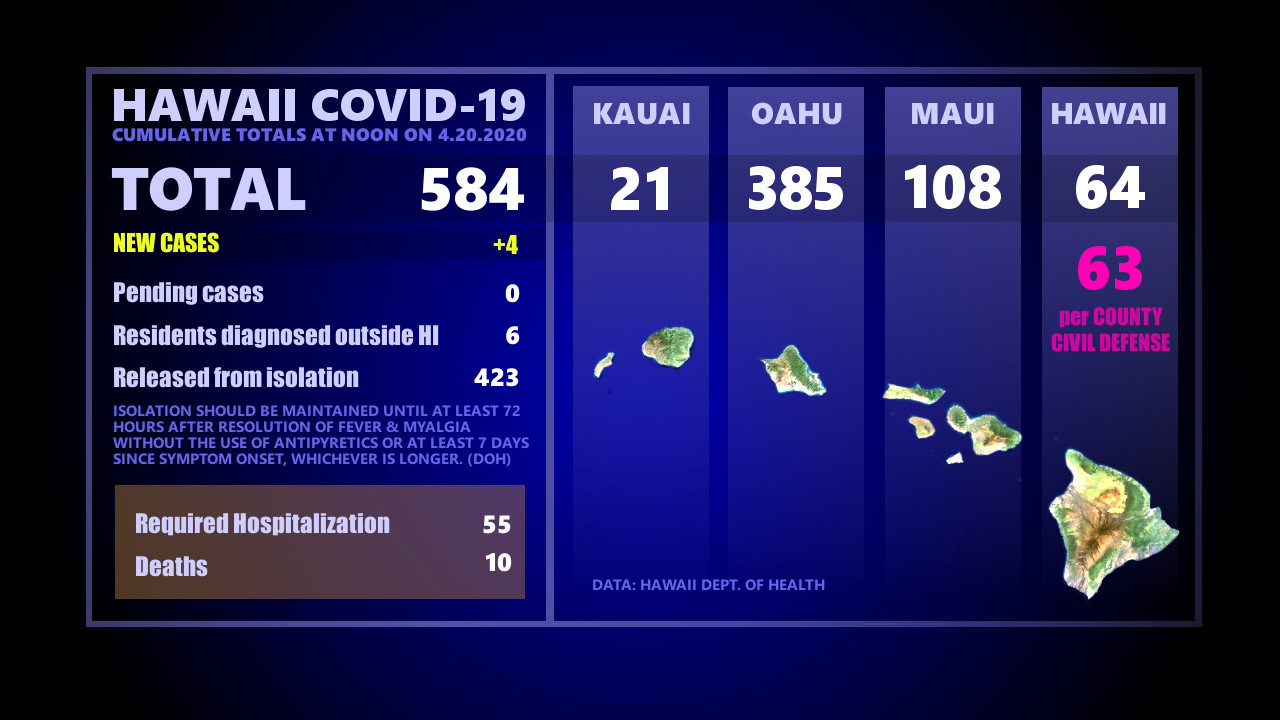 (BIVN) – There were 4 newly reported cases of COVID-19 in the State of Hawaiʻi as of noon on Monday, bringing the statewide total to 584. Of that total, 423 have been released from isolation, and 55 have required hospitalization. The death toll remains at 10.

The Hawaiʻi Department of Health says there have been 64 total cases of COVID-19 identified on Hawaiʻi island. 38 have been released from isolation.

As of today, there is a difference of one (1) case between the State and the County totals.

On today’s report of COVID-19, the total number of people who tested positive for Hawaii Island is 63. From this 33 have been cleared as recovered and the remaining 30 are quarantined at home and monitored by the Department of Health. The McDonald’s cluster counts for 32 of this total, 18 are employees, and 14 household members. Department of Health continues their investigation on this cluster and based on their findings thus far, Department of Health believes this outbreak does not pose a threat to the public.

“Do know, that effective today, mandatory face coverings are in effect for all businesses and their customers,” this morning’s civil defense message stated. 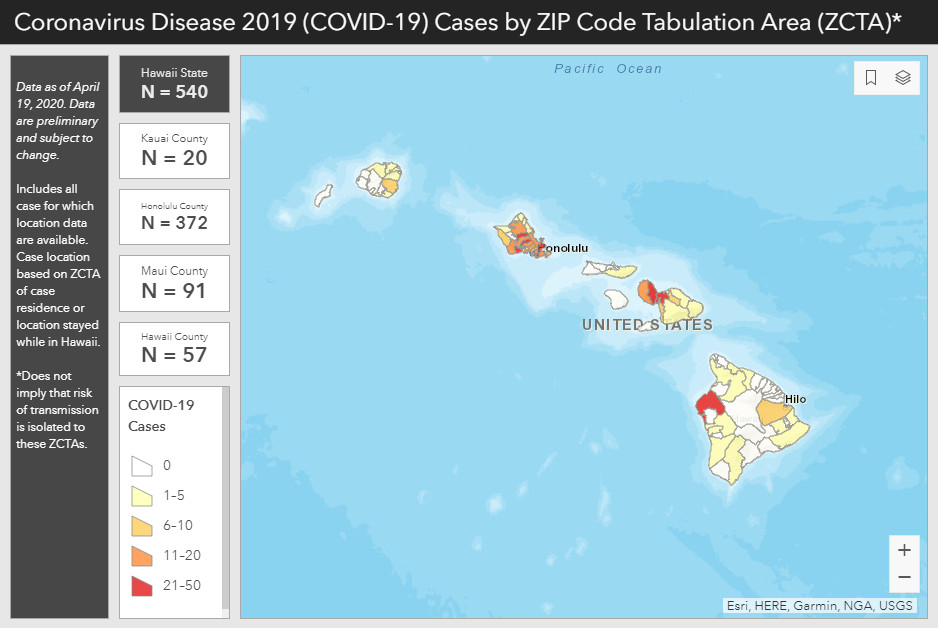 The state DOH is presenting the Zip Code Tabulation Area cases in a new format.

Yesterday, 441 people arrived in Hawaii including 123 visitors and 184 residents. During this same time last year, nearly 30,000 passengers arrived in Hawaii daily, including residents and visitors. The state’s mandatory 14-day self-quarantine started on March 26th for all passengers arriving in Hawaii from out of state. The quarantine order was expanded on April 1st to include interisland travelers. This table shows the number of people who arrived by air from out of state yesterday and does not include interisland travel.