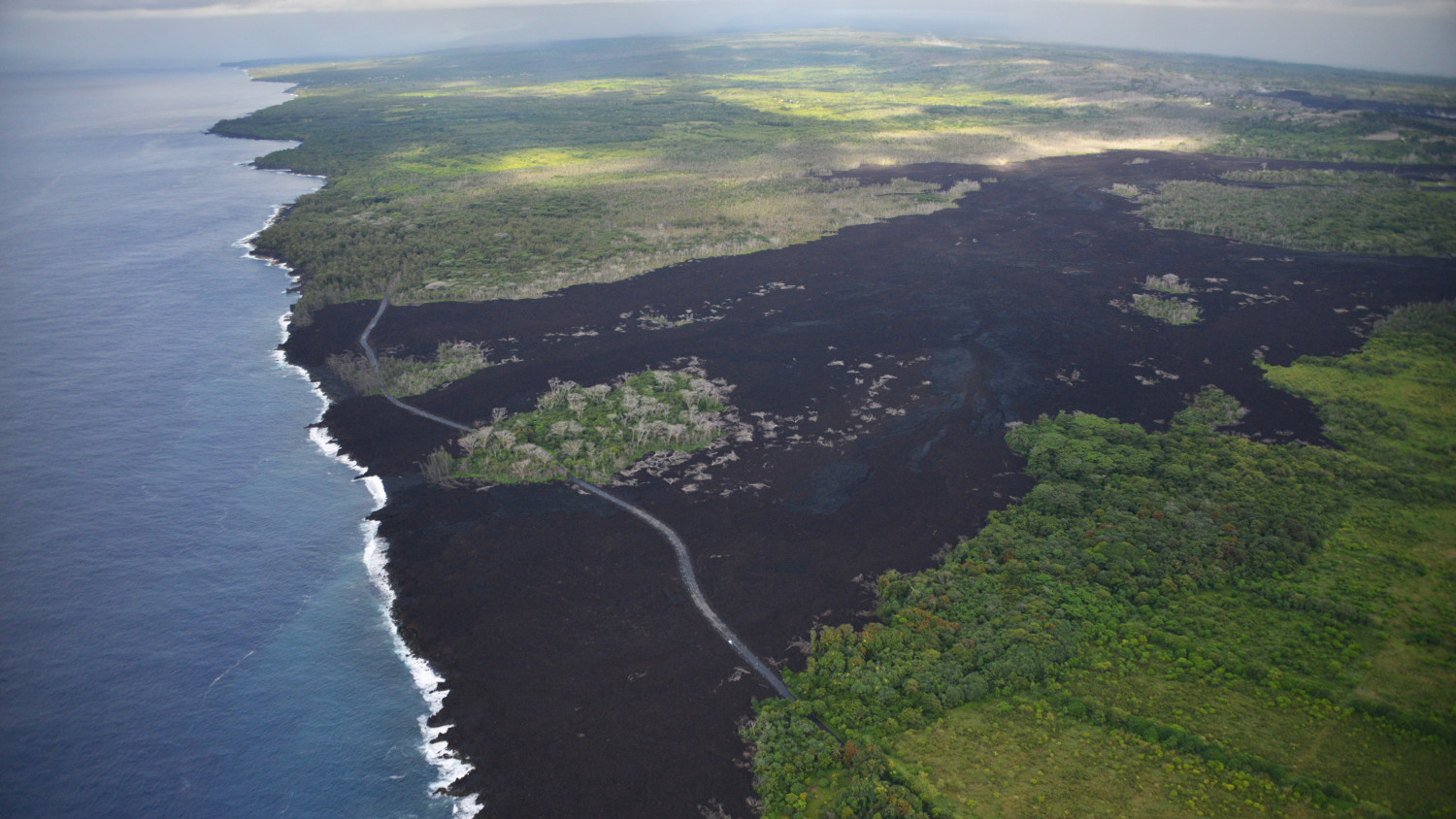 (USGS photo by D. Becker, taken Aug. 29, 2019) A view of the coastline near Pohoiki, showing the May 2018 lava flows, which were the first flows of the 2018 lower East Rift Zone eruption to reach the ocean. Highway 137 has been re-cut through these flows to provide access to Pohoiki (bottom center).

HAWAIʻI ISLAND - Senators say the money will be used to repair two reservoirs and 15 miles of water lines, but the county says the money can be used for alternative water projects.

File video by David Corrigan, recorded in the early days of the 2018 eruption of Kīlauea, published on May 5, 2018.

(BIVN) – Hawai‘i County will receive more than $30 million in new federal disaster relief funding, congressional representatives say, that can be used to repair water delivery systems that were damaged during the 2018 Kīlauea eruption.

U.S. Senators Brian Schatz (D-Hawai‘i) and Mazie Hirono (D-Hawai‘i) made the announced on Tuesday. The grant is from the Federal Emergency Management Agency.

“As Hawai‘i Island continues to recover from the 2018 Kilauea eruption, more federal funding is on the way,” said Senator Schatz, a member of the Senate Appropriations Committee. “I will continue fighting for federal resources to assist in our state’s recovery efforts.”

“These urgently needed repairs to water systems on Hawaii Island will help impacted communities that are still recovering from the devastation caused by the 2018 eruption of Kilauea. I will continue to advocate to ensure the County of Hawaii receives the federal assistance they need to rebuild communities,” Senator Hirono said.

According to Hirono’s office, “funding will specifically go toward repairing two reservoirs and 15 miles of water lines that had been destroyed – significantly impacting water delivery to a significant portion of Puna.”

Hawaiʻi County reps, in response to the senators’ announcement, say it should be noted that the money “doesn’t have to go to repair that infrastructure specifically. Alternative water projects also are allowed.”

The County said that the Department of Water Supply has explained in the past how the current geology makes it a challenge to restore the water lines and reservoirs mentioned by Senator Hirono in her news release.

The above video was recorded in August 2019, and features the Manager-Chief Engineer of the Hawaiʻi Department of Water Supply, Keith Okamoto.

This story has been updated for clarity.