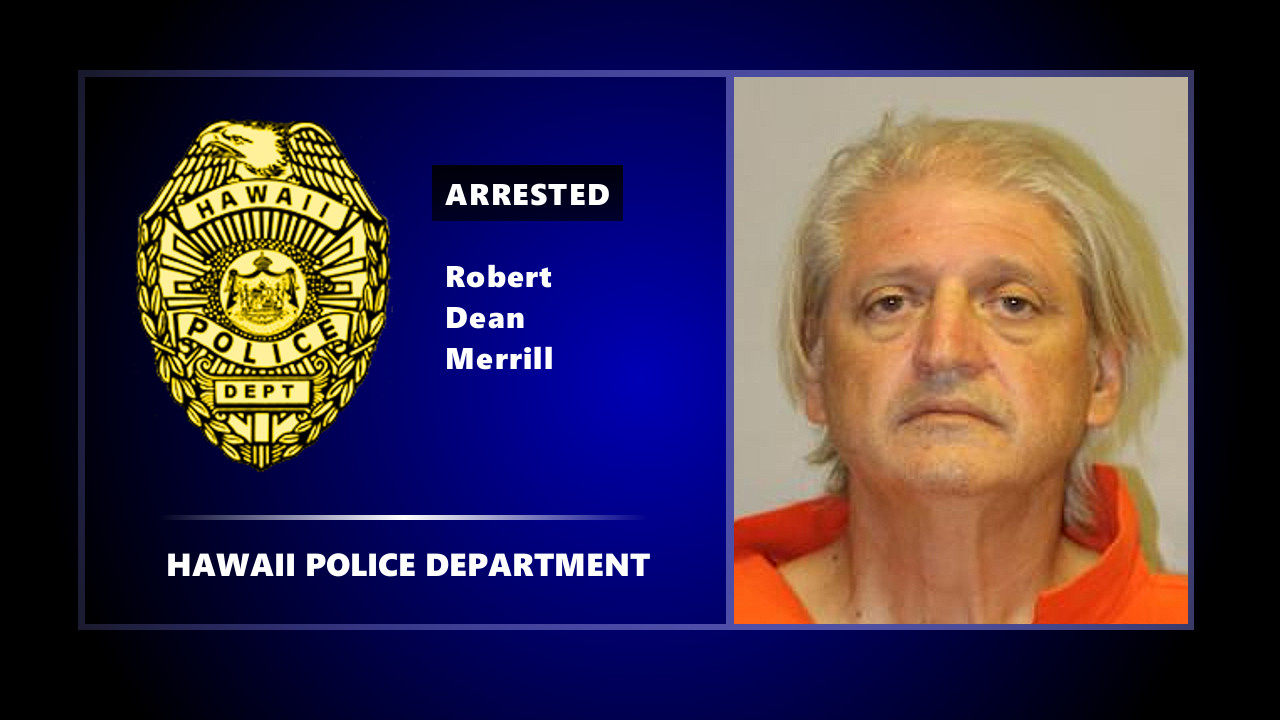 HAWAIIAN PARADISE PARK - A 61-year-old Keaʻau man has been arrested in connection with the death of an elderly female at a residence in Hawaiian Paradise Park.

(BIVN) – An elderly female found with severe injuries in a Hawaiian Paradise Park home died as a result of blunt force trauma to the head, investigators say, and police arrested a 61-year-old Keaʻau man in connection with the incident.

The Hawaiʻi Police Department issued this media release on Friday:

Hawaiʻi Island Police have arrested a 61-year-old Keaʻau man in connection with the death of an elderly female at a residence in Hawaiian Paradise Park.

The suspect has been identified as Robert Dean Merrill.

Today (May 1) shortly before 9:00 a.m., Puna Patrol officers responded to a residence on 15th Avenue. Arriving officers contacted Merrill outside of the residence and they were directed to a bedroom in the residence, where they discovered the unresponsive victim with severe injuries to her head and facial areas.

At 9:45 a.m. Merrill was arrested at the scene and transported to the Hilo cellblock while detectives with the Area I Criminal Investigation Section continue the investigation that has been classified as second-degree murder.

The victim was transported to the Hilo Medical Center where the victim was pronounced dead at 12:39 pm. An autopsy was performed this afternoon and the pathologist concluded that the victim died as a result of blunt force trauma to the head, face, and neck. The manner of death was ruled a homicide.

Anyone who may have information about this incident is asked to call Detective Wendall Carter of the Area I Criminal Investigation Section at (808) 961-2383 or WendallCarter@hawaiicounty.gov or the Hawaiʻi