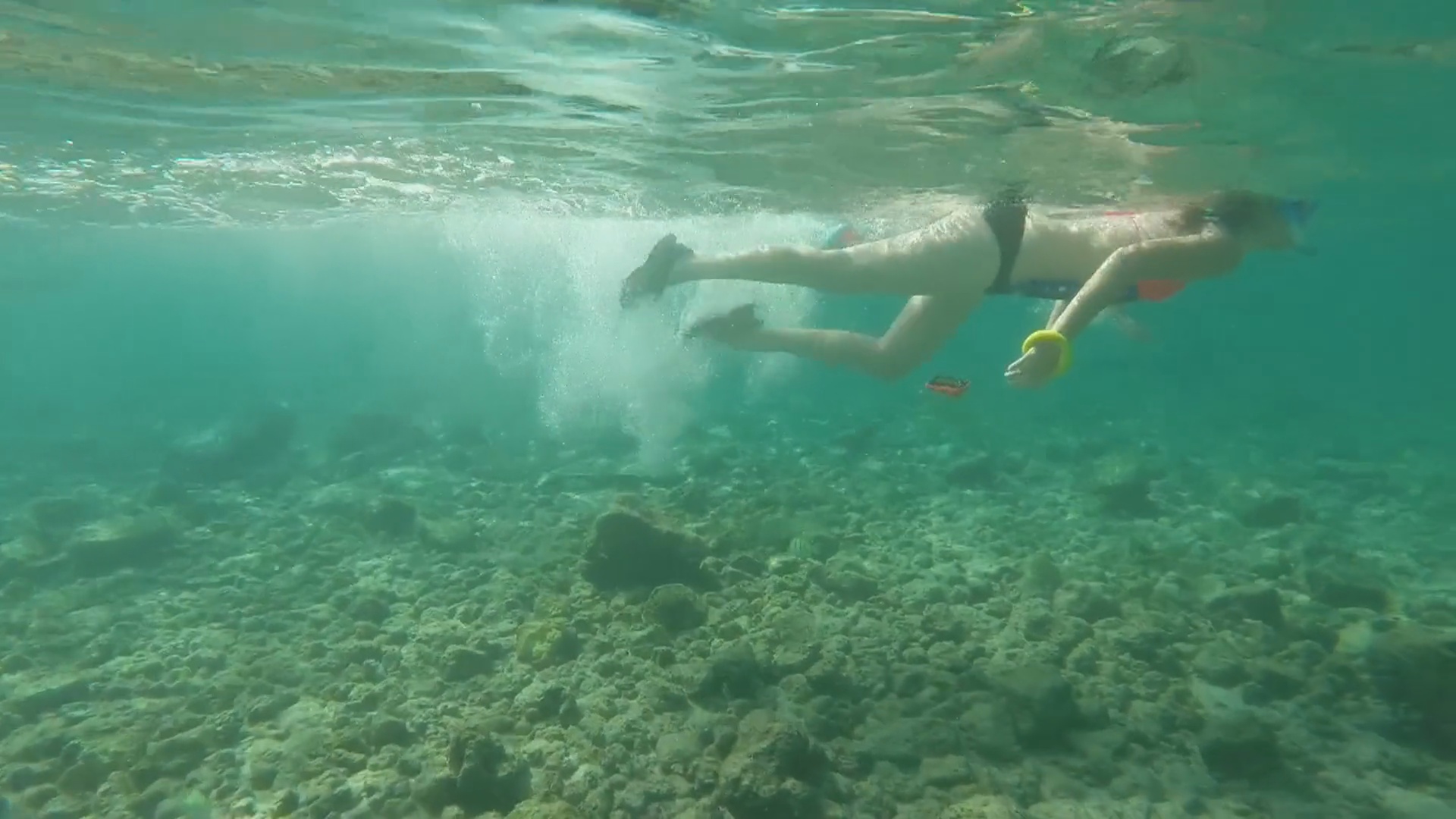 KONA, Hawaiʻi - The public is being asked to voluntarily refrain from swimming in the bay, particularly from May 10-16 to enhance upcoming spawning of cauliflower coral. 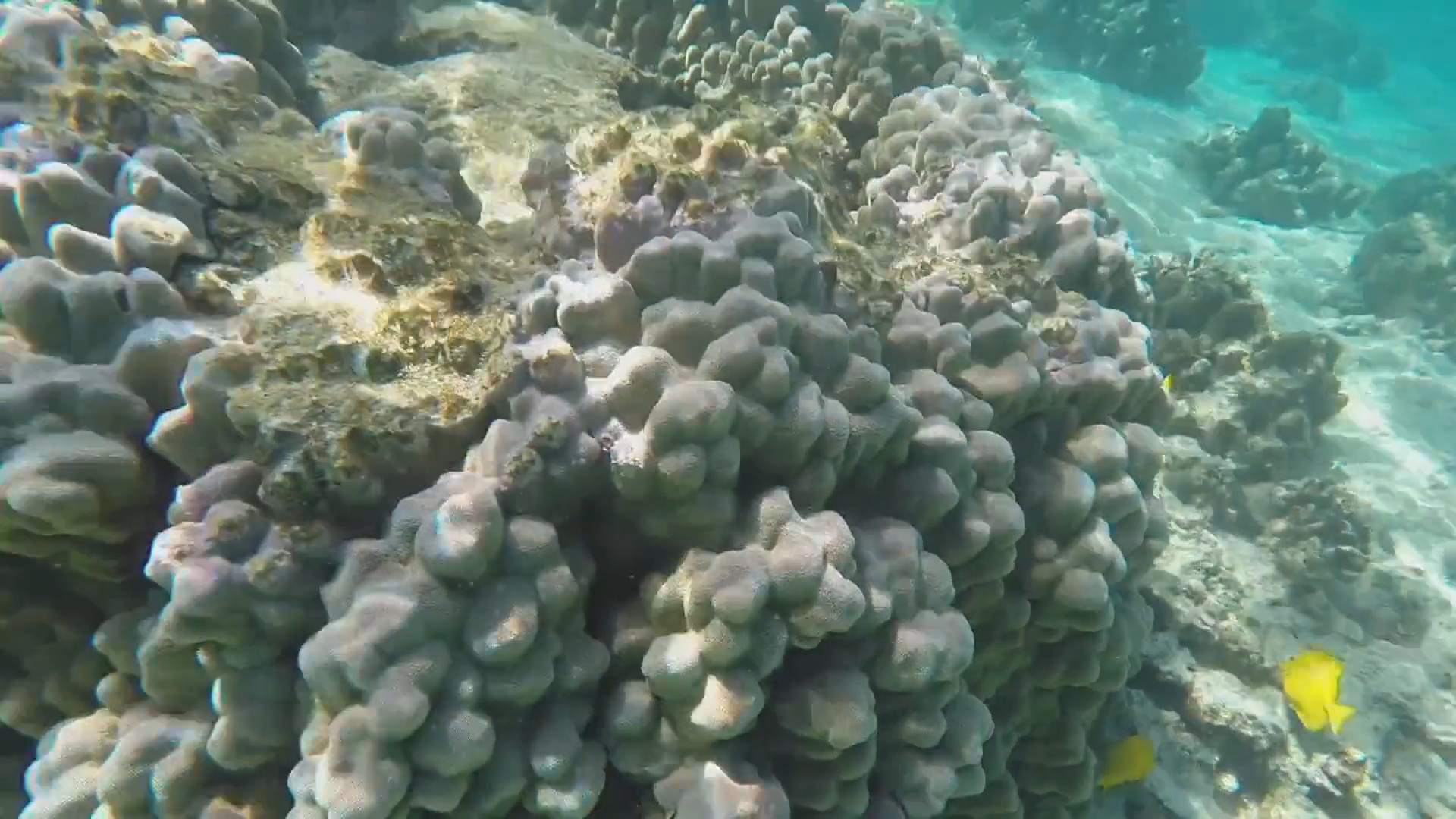 (BIVN) – The aquatic life in Kahaluʻu Bay have gotten some rest during the COVID-19 pandemic, but this week will be important for coral colonies as a spawning event is expected.

Kahalu‘u Bay on Hawai‘i Island is one of the most popular and heavily visited snorkeling locations in all of Hawai‘i. Hundreds of thousands of people come to view colorful fish and dazzling coral colonies every year, and like in many other over-used locations, the aquatic life in the bay is struggling to survive.

The COVID-19 crisis has provided the opportunity for the bay and its inhabitants to rest. Hawai‘i County’s Kahalu‘u Beach Park has been closed, and now the Kahalu‘u Bay Education Center (KBEC), a program of The Kohala Center, along with the DLNR Division of Aquatic Resources (DAR), are asking everyone to voluntarily refrain from swimming and snorkeling in the bay, particularly during the week of May 10-16 to enhance upcoming spawning of cauliflower coral (Pocillopora meandrina).

According to DAR and Eyes of the Reef Network, cauliflower coral was once abundant on shallow coral reefs along West Hawaiʻi, including Kahaluʻu Bay. However, environment stressors and very high ocean temperatures impacted West Hawaiʻi in 2015 and again at the end of 2019, causing catastrophic bleaching and mortality for more than 90% of the Kahaluʻu Bay population.

KBEC director Cindi Punihaole Kennedy says next week is prime spawning time for the corals, as they only get one chance a year to spawn. “We’re asking everyone to voluntarily avoid snorkeling or swimming in the bay from May 10-16. During broadcast spawning events, corals emit reproductive materials (“gametes”) into the water column and these materials are carried by the tides to mix and generate planktonic coral larvae. Given the chance to settle undisturbed by human activity and/or pollutants, coral gametes will be able to find proper rubble colony areas to settle within the bay.”

KBEC has been one of the state’s leaders in encouraging the use of reef-friendly sunscreens by conducting frequent sunscreen swaps and encouraging folks to cover up. In addition, ReefTeachers educate visitors to avoid stepping on rocks as they are home to many living animals and to please extend social distancing practices to help protect the bay’s natural resources.

DAR administrator Brian Neilson commented, “We totally support this voluntary measure as natural reproduction events are critically important.” Researchers can accurately predict when cauliflower and other coral species will spawn. Studies have shown that with the absence of daily visitors and a subsequent reduction in physical damage and impact of chemical sunscreens, growth and recovery along the shoreline has already been documented. Research has shown that it can take less than 24 hours for corals to successfully reproduce and settle properly.”

Punihaole Kennedy concluded, “Minimizing pollutants and physical disturbances in our precious bay starting on Sunday is fitting for Mother’s Day. It will help ensure that corals are able to spawn in their natural environment without interference.”