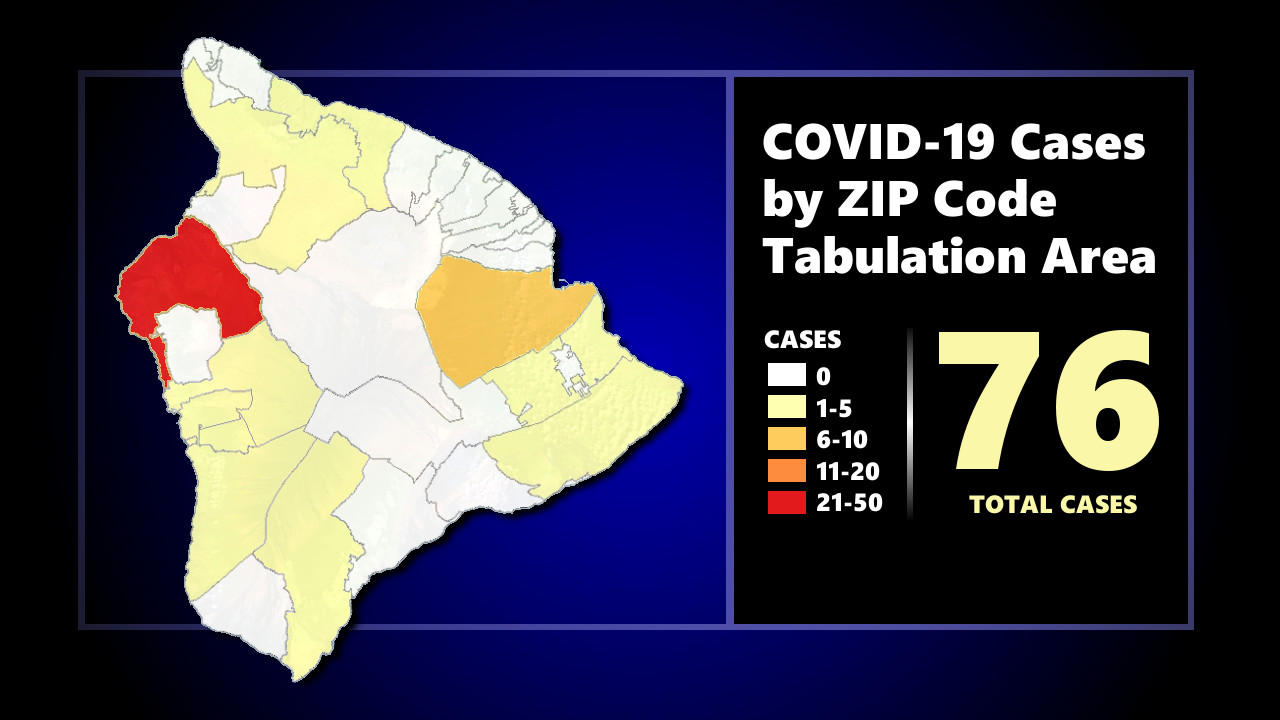 Hawaii COVID-19 Updates for May 15: New Case On Big Island

HAWAIʻI ISLAND - Only one newly identified case of COVID-19 was reported in the State of Hawaiʻi on Friday at noon, and that case was counted on Hawaiʻi island. 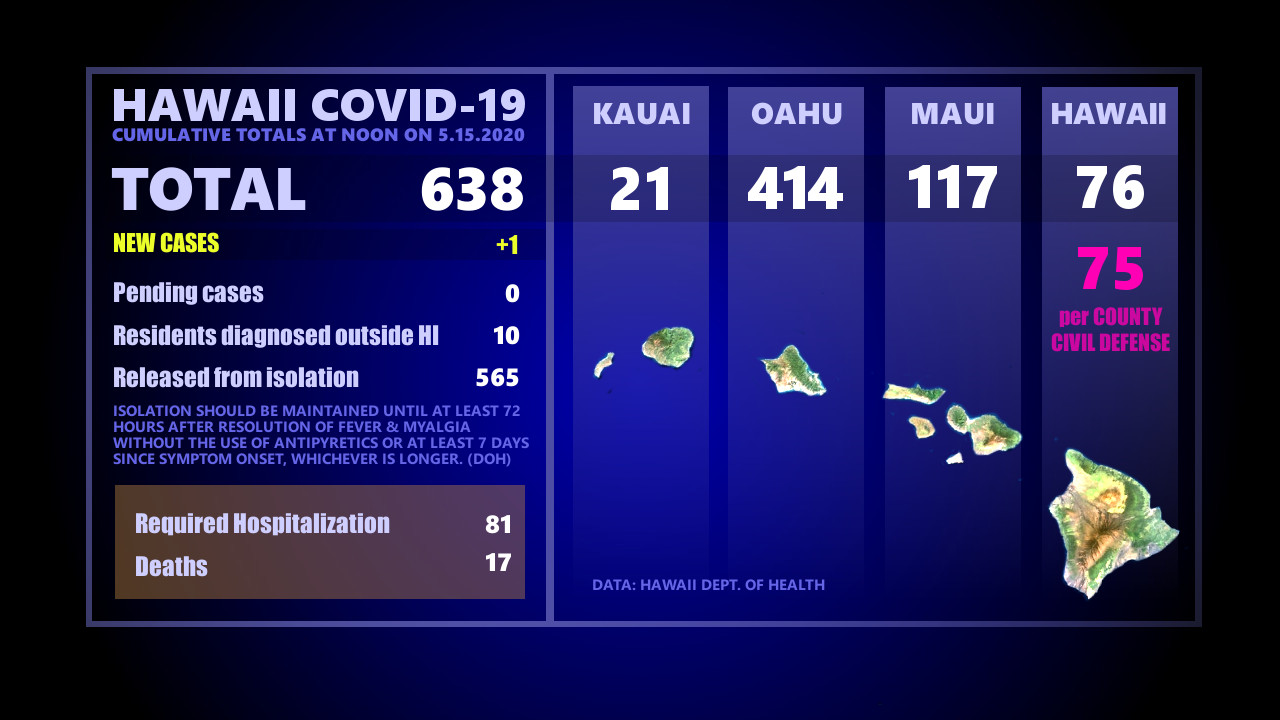 (BIVN) – One newly identified case of COVID-19 was reported on the Big Island on Friday. It was the only new case reported statewide.

The new case brings the Hawaiʻi island cumulative total to 76. The Hawaiʻi Department of Health says 75 individuals have been released from isolation, which suggests that the newly identified case is still active and being monitored by health officials.

Earlier, on Friday morning, the Hawaiʻi County Civil Defense reported that there were no new cases on the island “and all previously 75 tested positive cases have been cleared as recovered.” However, that was before the State’s noon update.

“Testing will continue and is needed to help develop a comprehensive database for health officials to stay on top of things so they can respond timely and appropriately,” civil defense said.

Yesterday, 858 people arrived in Hawaii including 252 visitors and 318 residents. During this same time last year, nearly 30,000 passengers arrived in Hawaii daily, including residents and visitors. Yesterday marked seven weeks since the state’s mandatory 14-day self-quarantine started for all passengers arriving in Hawaii from out of state. The quarantine order was expanded on April 1st to include interisland travelers. This table shows the number of people who arrived by air from out of state yesterday and does not include interisland travel.