HAWAIʻI - F-22 Raptors, a C-17 Globemaster III, and a KC-135 Stratotanker took to the skies over the Hawaiian islands on Thursday. 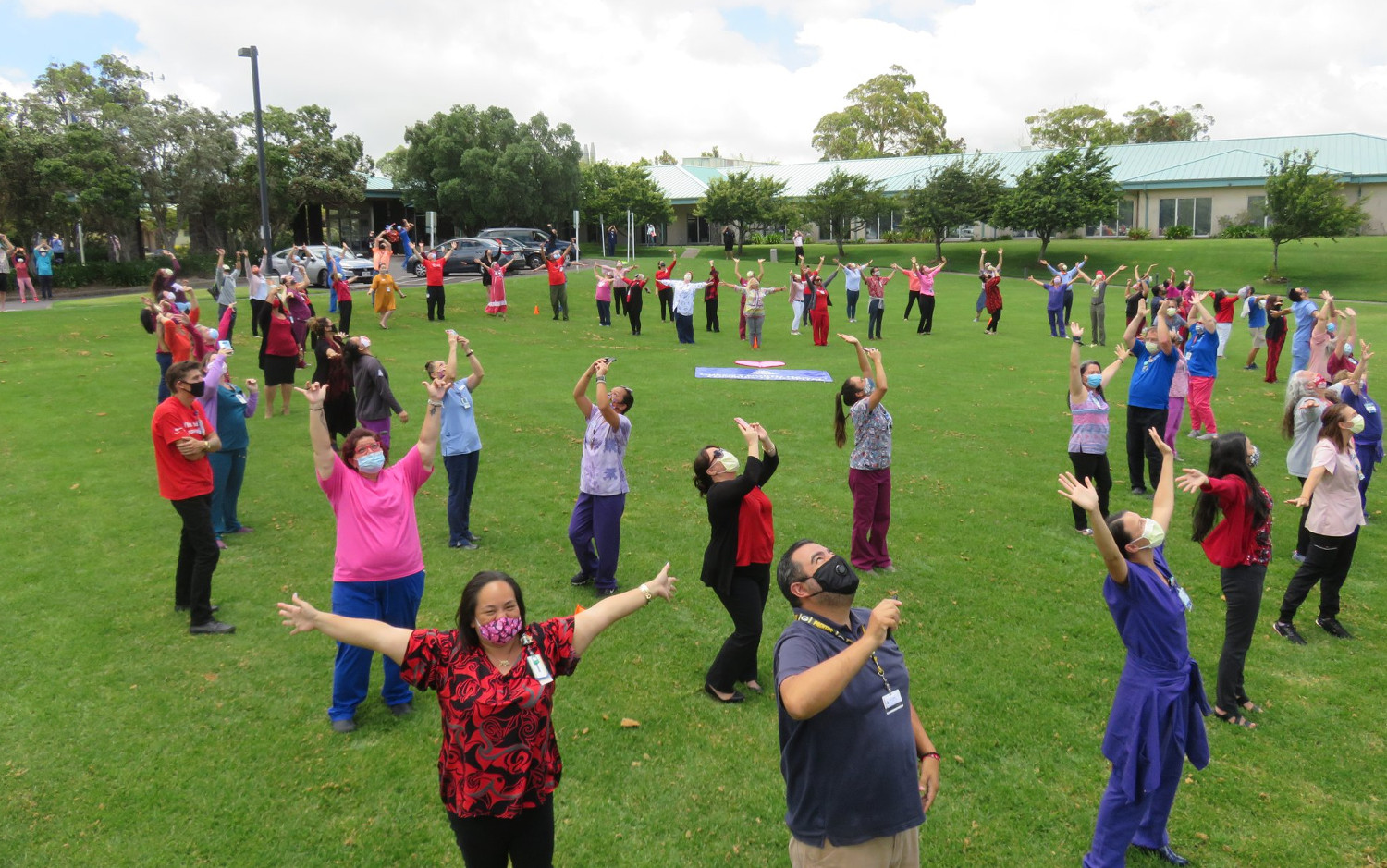 (BIVN) – A brief roar in the sky over Hawaiʻi on Thursday was “a salute to all frontline workers battling COVID-19, as well as those staying at home” to stop the spread of the virus.

Aircraft operated by the Hawaii Air National Guard’s 154th Wing and the Active Duty Air Force’s 15th Wing conducted a flyover throughout the Hawaiian Islands during a routine training sortie. According to the military:

The flyover was held as a symbolic salute to all frontline workers battling COVID-19, as well as those staying at home to “flatten the curve of transmission” of the virus. The flyover featured all locally based U.S. Air Force aircraft, to include a C-17 Globemaster III, a KC-135 Stratotanker and a set of F-22 Raptors.

The salute was appreciated at Queen’s North Hawaiʻi Community Hospital in Waimea, where the staff showed their “heart” to Hawaiʻi Air National Guard and the 15t Wing Active Duty Airmen during Thursday’s flyover. The hospital employees demonstrated continued social distancing and wore masks as the KC-135 Stratotanker flew by.

On Oʻahu, Governor David Ige took to higher ground to catch a glimpse of the flyover. The state shared video of the moment, and reported:

For a few minutes today, Gov. David Ige took a break from the endless meetings, conference calls, and administrative work associated with the state’s management of the COVID-19 crisis, to join others around the state in recognizing the sacrifices of the healthcare community. From a State Capitol 5th floor vantage point, the governor watched as aircraft from the Hawai‘i National Guard and the 15th Wing Active Duty airmen from Joint Base Pearl Harbor-Hickam flew three separate flyovers over 17 different hospitals and medical centers around the state. It was an occasion to recognize not only military members, many of whom are supporting

Hawai‘i’s coronavirus emergency response, but to pay tribute to the thousands of healthcare workers around the islands who are on the frontlines, battling this serious disease.

“We see across the country, the ravage COVID-19 has inflicted on community after community. We know that Hawai‘i has fared much, much better than any other state in the country, and it really is due to the healthcare providers here. I’m proud of all their efforts,” said Gov. Ige.

Similar flights took place elsewhere in the United States. But not all lawmakers are enamored with the flyovers.

“I know a lot of unemployed people and healthcare workers and not one of them has asked me to see if I can get them a military flyover,” tweeted U.S. Senator Brian Schatz (D-Hawaiʻi). “What they need is money and supplies,” he wrote.