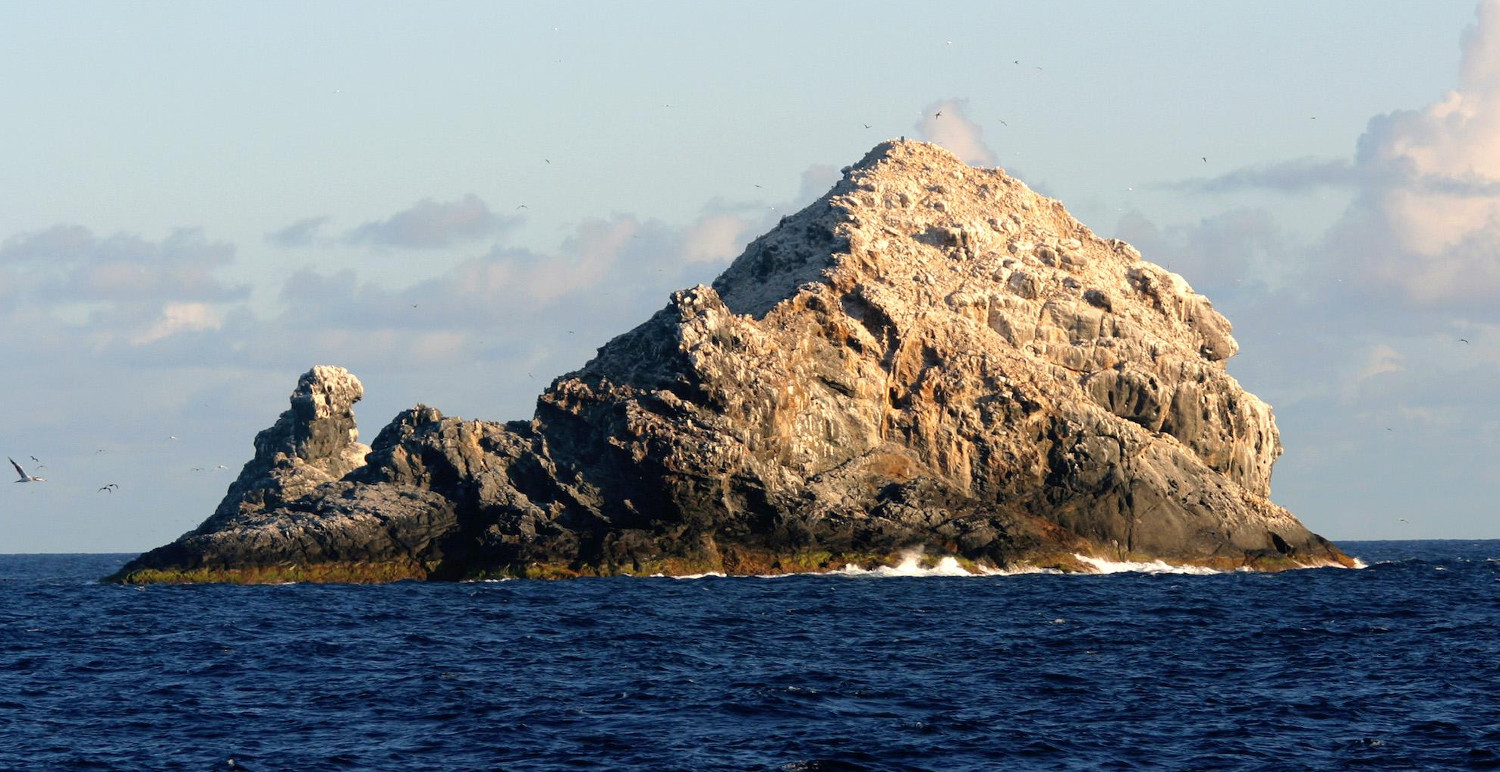 The only remnants of Pūhāhonu that are above sea level (Gardner Pinnacles). Credit: NOAA.

HAWAIʻI - The "largest, hottest shield volcano" has been discovered by University of Hawaiʻi researchers; Pūhāhonu, found within the Papahānaumokuākea Marine National Monument. 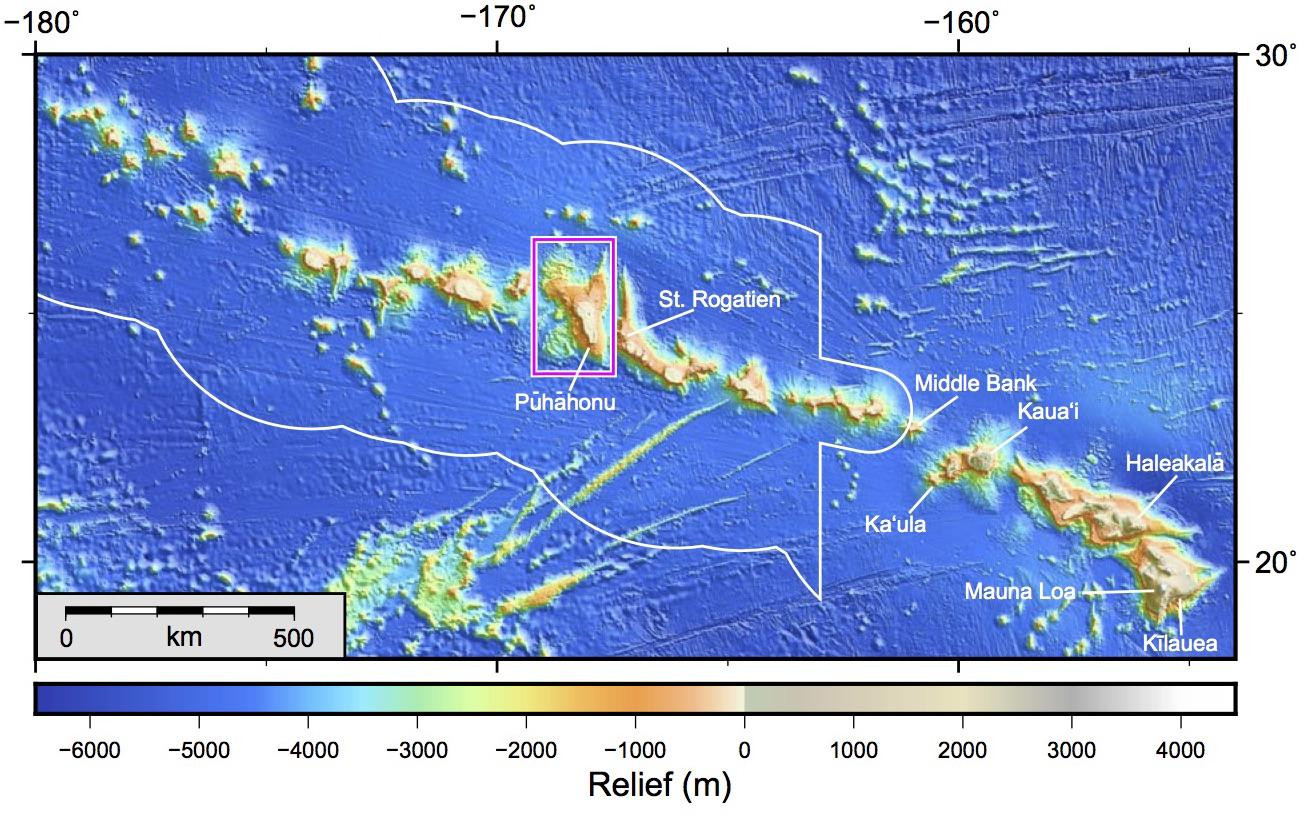 (BIVN) – Mauna Loa on Hawaiʻi island is known to be the largest volcano on our planet, but researchers with the University of Hawaiʻi say they found a larger one just to the northwest.

This media release was shared by the School of Ocean and Earth Science and Technology at UH Mānoa on Friday:

The largest and hottest shield volcano on Earth was revealed by researchers from the University of Hawai‘i at Mānoa School of Ocean and Earth Science and Technology (SOEST). In a recent study, a team of volcanologists and ocean explorers used several lines of evidence to determine Pūhāhonu, a volcano within the Papahānaumokuākea Marine National Monument, holds this distinction.

Geoscientists and the public have long thought Mauna Loa, a culturally-significant and active shield volcano on Hawai‘i Island, was the largest volcano in the world. However, after surveying the ocean floor along the mostly submarine Hawaiian leeward volcano chain, chemically analyzing rocks in the UH Mānoa rock collection and modeling the results of these studies, the research team came to a new conclusion. Pūhāhonu, meaning “turtle rising for breath” in Hawaiian, is nearly twice as big as Mauna Loa.

“It has been proposed that hotspots that produce volcano chains like Hawai‘i undergo progressive cooling over 1-2 million years and then die,” said Michael Garcia, lead author of the study and retired professor of earth sciences at SOEST. “However, we have learned from this study that hotspots can undergo pulses of melt production. A small pulse created the Midway cluster of now extinct volcanoes and another, much bigger one created Pūhāhonu. This will rewrite the textbooks on how mantle plumes work.”

In 1974, Pūhāhonu (then called Gardner Pinnacles) was suspected to be the largest Hawaiian volcano based on very limited survey data. Subsequent studies of the Hawaiian Islands concluded that Mauna Loa was the largest volcano, but they included the root of the volcano that is below the seafloor that was not considered in the 1974 study. The new comprehensive surveying and modeling, using methods similar to those used for Mauna Loa, show that Pūhāhonu is the largest. 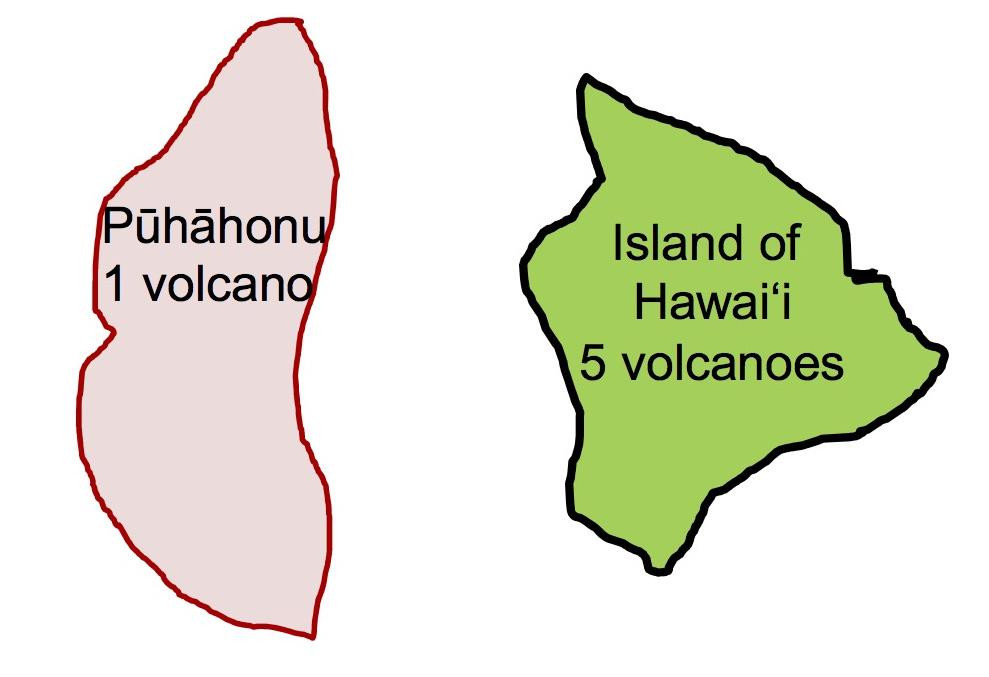 This study highlights Hawaiian volcanoes that have been erupting some of the hottest magma on Earth for millions of years.

“We are sharing with the science community and the public that we should be calling this volcano by the name the Hawaiians have given to it, rather than the western name for the two rocky small islands that are the only above sea level remnants of this once majestic volcano,” said Garcia.

This work was funded by the National Science Foundation, Schmidt Ocean Institute and the University of Hawai‘i.