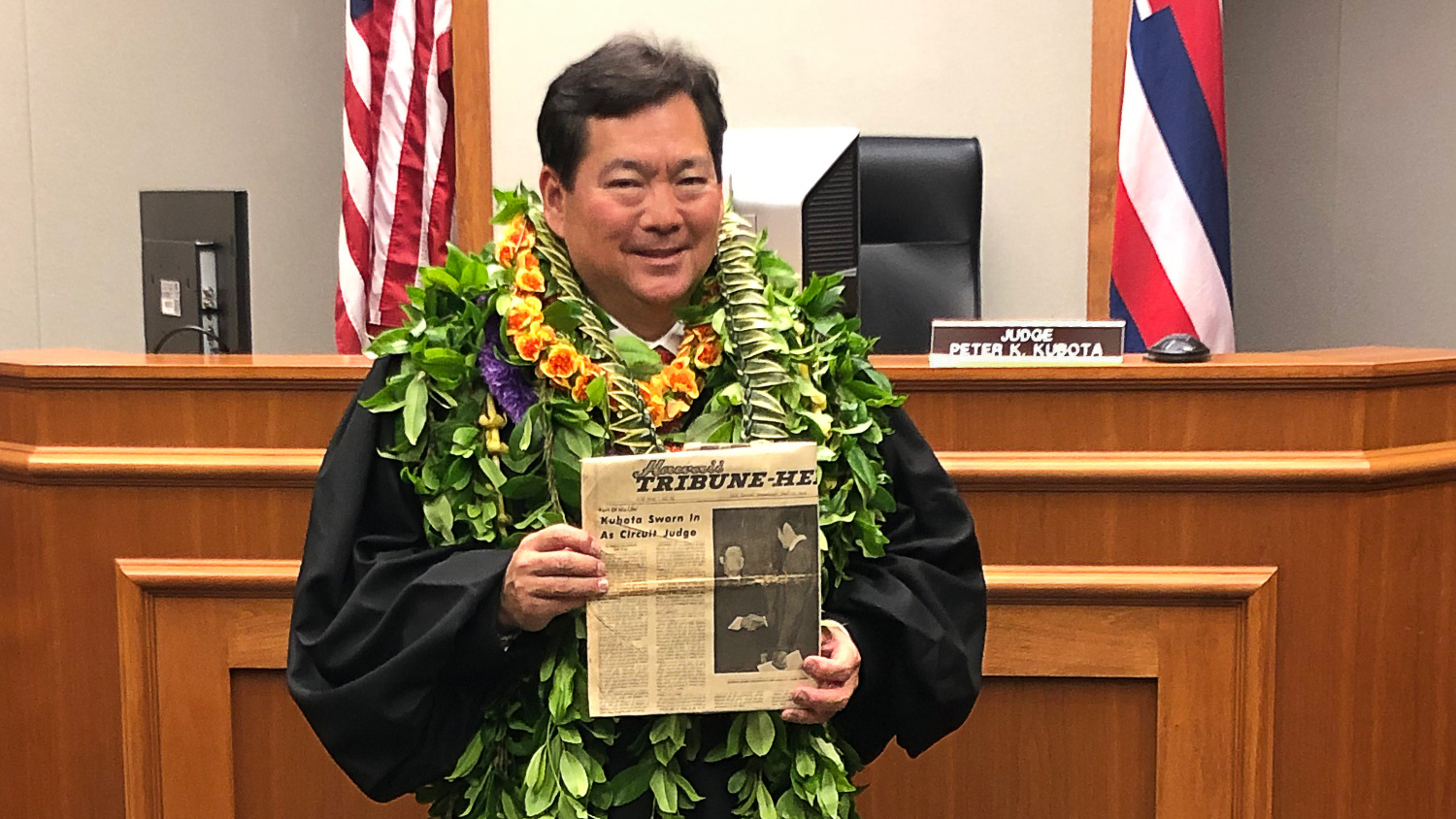 HONOLULU, Hawaiʻi - Kubota was sworn-in as Judge of the Circuit Court of the Third Circuit during a special session convened by the Hawaiʻi Supreme Court on May 15.

(BIVN) – Peter K. Kubota has been officially sworn-in as Judge of the Circuit Court of the Third Circuit (Hawaii island).

The Hawaiʻi Supreme Court convened a special session on Friday, May 15, and on Monday distributed this media release:

For the first time in state history, a judicial swearing-in ceremony was conducted by videoconference and broadcast live on the Judiciary’s YouTube channel where friends, family, and members of the public could watch. This break from traditional proceedings is one of many changes the Judiciary has implemented since February to ensure community health and safety while maintaining court operations during the COVID-19 pandemic.

Chief Justice Mark E. Recktenwald administered the oath of office from the Hawaii Supreme Court courtroom in Honolulu, while Kubota appeared before him in the Hale Kaulike Courthouse in Hilo.

Judge Kubota has served as a per diem District and Family Court Judge in the Third Circuit since 2019. He has practiced law for 30 years, with a solo practice in Hilo specializing in estate planning, real property advice and litigation, and business law. Following his graduation from the University of Hawaii William S. Richardson School of Law, he was admitted to the Hawaii State Bar in 1989.