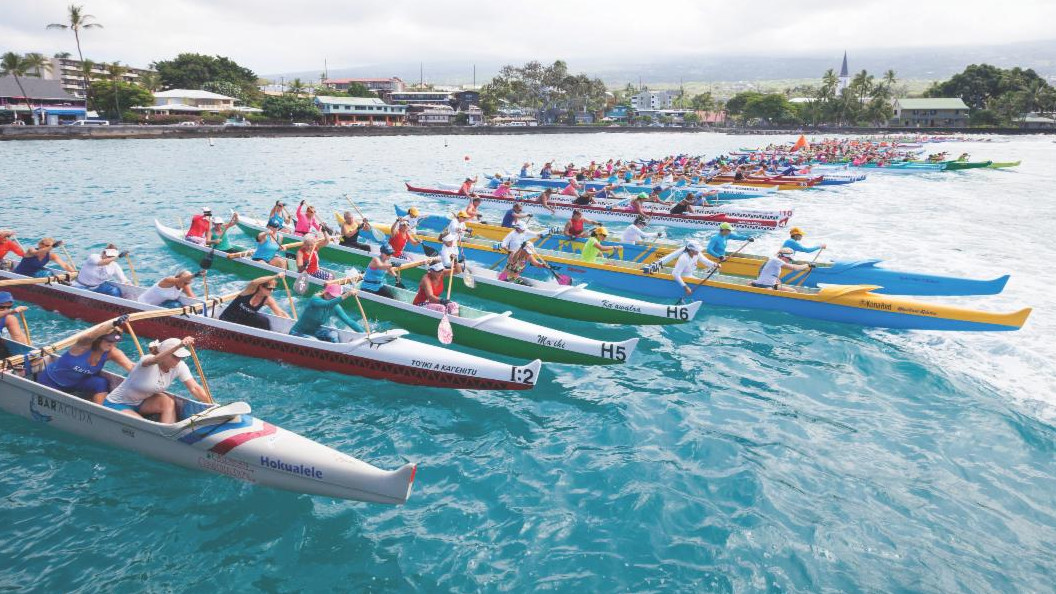 (BIVN) – Another major sporting event in Kona has been postponed due to the COVID-19 pandemic.

Officials representing the Queen Liliʻuokalani Long Distance Canoe Race announced today that the iconic event will not be held in 2020.

The event – said to be he largest long-distance canoe race in Hawaiʻi, attracting thousands of on- and off-island participants annually – is hosted by Kai ‘Ōpua Canoe Club over the September Labor Day holiday.

The following media release was issued on Wednesday:

In early March, the sport of outrigger canoe racing came to a stop and since then has been unable to take place on any shores in Hawaii or elsewhere in the world. Race officials announced this week that the iconic 2020 Queen Liliʻuokalani Long Distance Canoe Race, named in honor of Hawaii’s last reigning monarch who’s birthday is September 2, will be postponed until 2021.

Queen Liliʻuokalani Long Distance Canoe Race, hosted by Kai ʻOpua Canoe Club, has been welcoming paddlers from around the world to Kona, Hawaii every Labor Day weekend in September since its first race in 1971. Last year, the Queen’s Race welcomed paddling crews from Australia, Canada, Japan, Hong Kong, French Polynesia and U.S. crews from Nevada, Washington, California, Oregon, Virginia and New York. More than 75 Hawaii crews were also represented on the starting lines of its signature 18-mile race in Kailua Bay and Honaunau.

“In Hawaii, we use the word onipaʻa, meaning to hold steadfast, don’t let go, hold tight. All of us at Kai ʻOpua Canoe Club want our paddler family around the world to do just that,” said Race Director Mike Atwood. “As we all look forward to getting back in 6-man outrigger canoes, stay safe and healthy and we will see you in Kona next year.”

Hawaii state officials determine social distancing mandates, travel restrictions and other COVID-19 related safety issues and precautions, race officials are exploring the possibility of organizing a smaller modified one-day race to honor the Queen’s birthday in September. Kai ʻOpua Canoe Club race organizers are hopeful that paddlers can safely get back into their 6-man canoes shortly.

Last week, it was announced that the 2020 IRONMAN World Championship in Kona would also be postponed until February 2021.