HONOLULU, Hawaiʻi - The NOAA National Weather Service is predicting a near- or below-normal 2020 hurricane season in the Central Pacific. 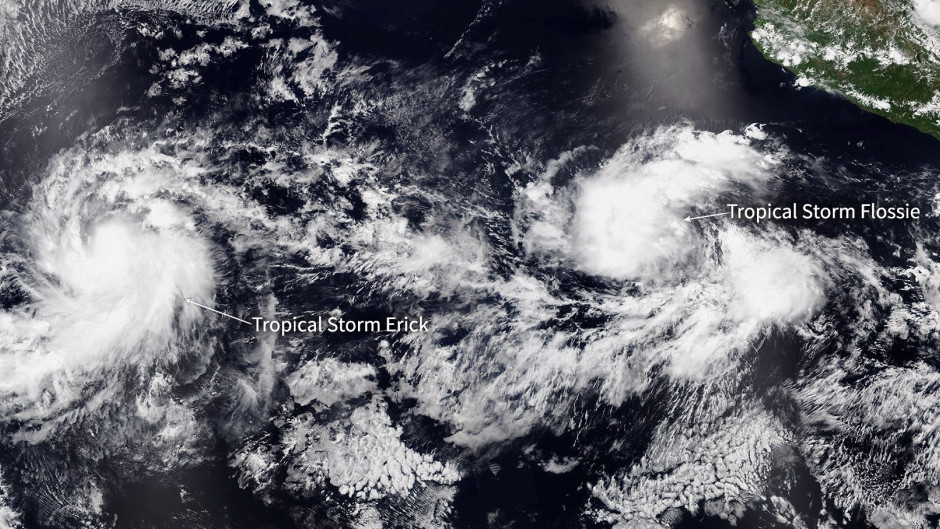 (BIVN) – The National Weather Service in Honolulu presented its 2020 hurricane season outlook on Wednesday, and expects activity to be near- or below-normal in the Central Pacific.

There is a 75% chance of near- or below-normal tropical cyclone activity during the Central Pacific hurricane season this year, according to NOAA’s Central Pacific Hurricane Center and NOAA’s Climate Prediction Center, divisions of the National Weather Service.

The outlook also indicates a 25% chance of an above-normal season.

For the season as a whole, 2 to 6 tropical cyclones are predicted for the Central Pacific hurricane region. This number includes tropical depressions, named storms and hurricanes. A near-normal season has 4 or 5 tropical cyclones.

“This year we will likely see less activity in the Central Pacific region compared to more active seasons,” said Gerry Bell, Ph.D., NOAA’s lead seasonal hurricane forecaster at the Climate Prediction Center. “Less activity is predicted since ocean temperatures are likely to be near-average in the central and eastern Pacific Ocean where hurricanes form, and because El Nino is not present to increase the activity.”

This outlook is a general guide to the overall seasonal tropical cyclone activity in the Central Pacific basin, and does not predict whether, or how many, of these systems will affect Hawaii. The hurricane season begins June 1 and runs through November 30.

“Regardless of the number of tropical cyclones predicted, this outlook serves as a reminder to everyone in the State of Hawaii to prepare now,” said Chris Brenchley, director of NOAA’s Central Pacific Hurricane Center. “Learn about hurricane hazards and where to find our forecasts, then make a plan so that you and your family stay healthy and safe.”

The Central Pacific Hurricane Center continuously monitors weather conditions, employing a network of satellites, land- and ocean-based sensors, and aircraft reconnaissance missions operated by NOAA and its partners. This array of data supplies the information for complex computer modeling and human expertise, which are the basis for the center’s storm track and intensity forecasts. These forecasts are made available to the public and media, and help provide critical decision support services to emergency managers at the federal, state and county levels.

New this year, NOAA’s Aviation Weather Center is expanding its Graphical Forecasts for Aviation (GFA) Tool in late June over Hawaii and portions of the Pacific Ocean. This tool will provide pilots with observations and forecasts of weather phenomena, which are critical for aviation safety.

Check the Central Pacific Hurricane Center’s website throughout the season to stay on top of any watches and warnings, and visit FEMA’s Ready.gov for additional hurricane preparedness tips. 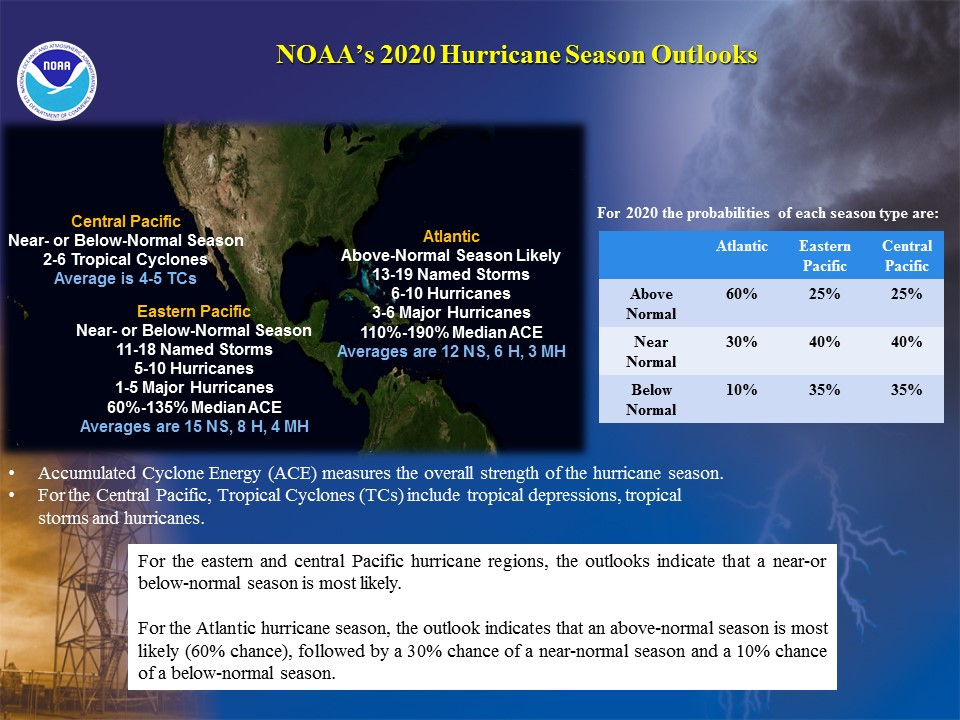