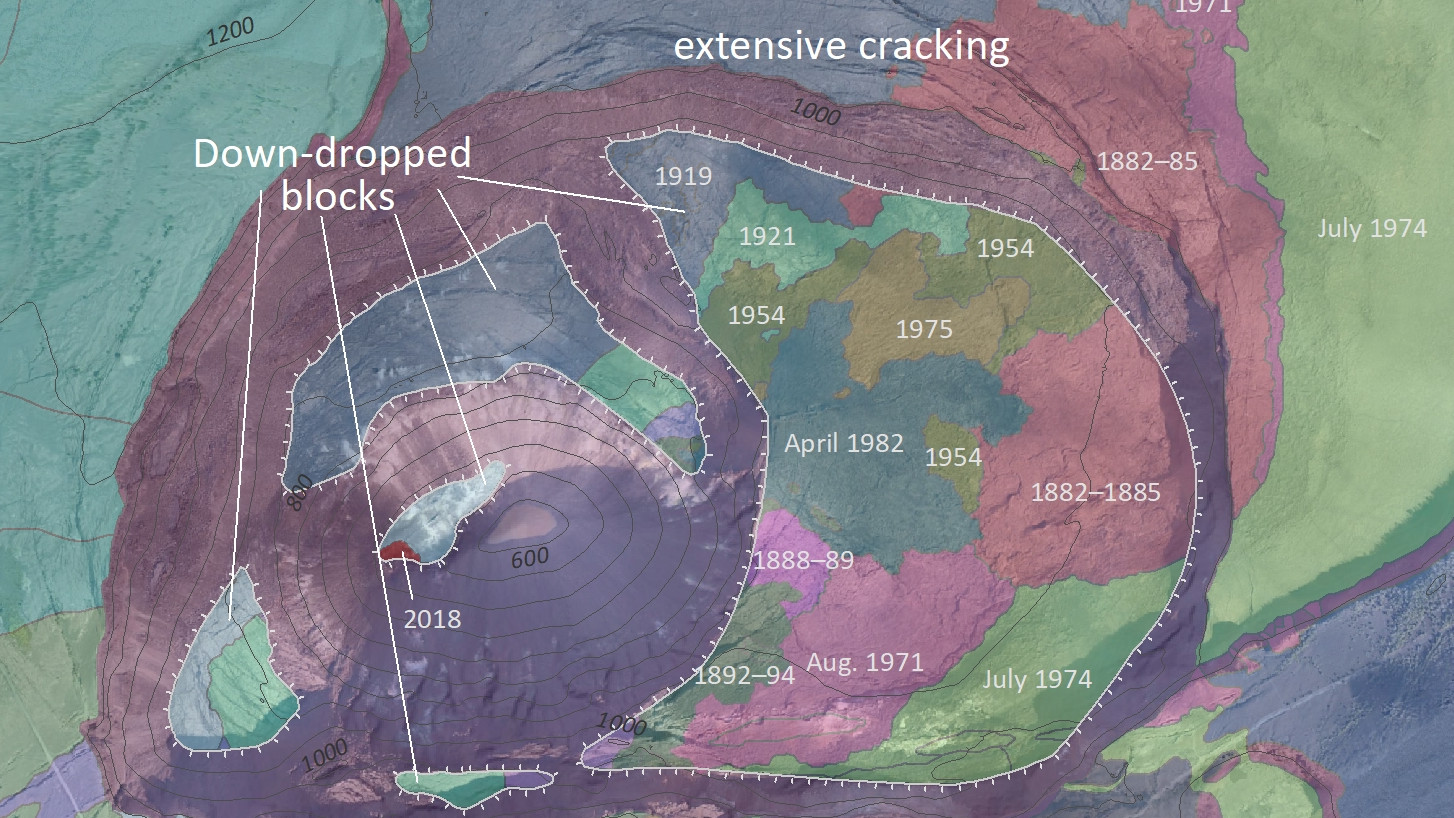 Inset from the quadtych produced and published by the USGS Hawaiian Volcano Observatory comparing Kīlauea's summit before and after the 2018 collapse. Full image below.

This panorama shows the view from the south rim of the 2018 collapse at Kīlauea’s summit, providing a sense of the expansiveness of the collapse. The yellow fumarolic areas in the center of the photo are on the north wall of Halema‘uma‘u. A small sliver of the rising lake at the bottom of Halema‘uma‘u is visible near the bottom of the photo. On the right side of the photo is the downdropped block. The remains of Crater Rim Drive and the Halema‘uma‘u parking lot are visible in the bottom center. USGS photo by M. Patrick.

(BIVN) – In its first image published to the Kilauea map section of its website in 5 months, the USGS Hawaiian Volcano Observatory has produced a comparison that shows the dramatic changes that occurred during the 2018 summit collapse. Here is the full image, with the HVO caption beneath: 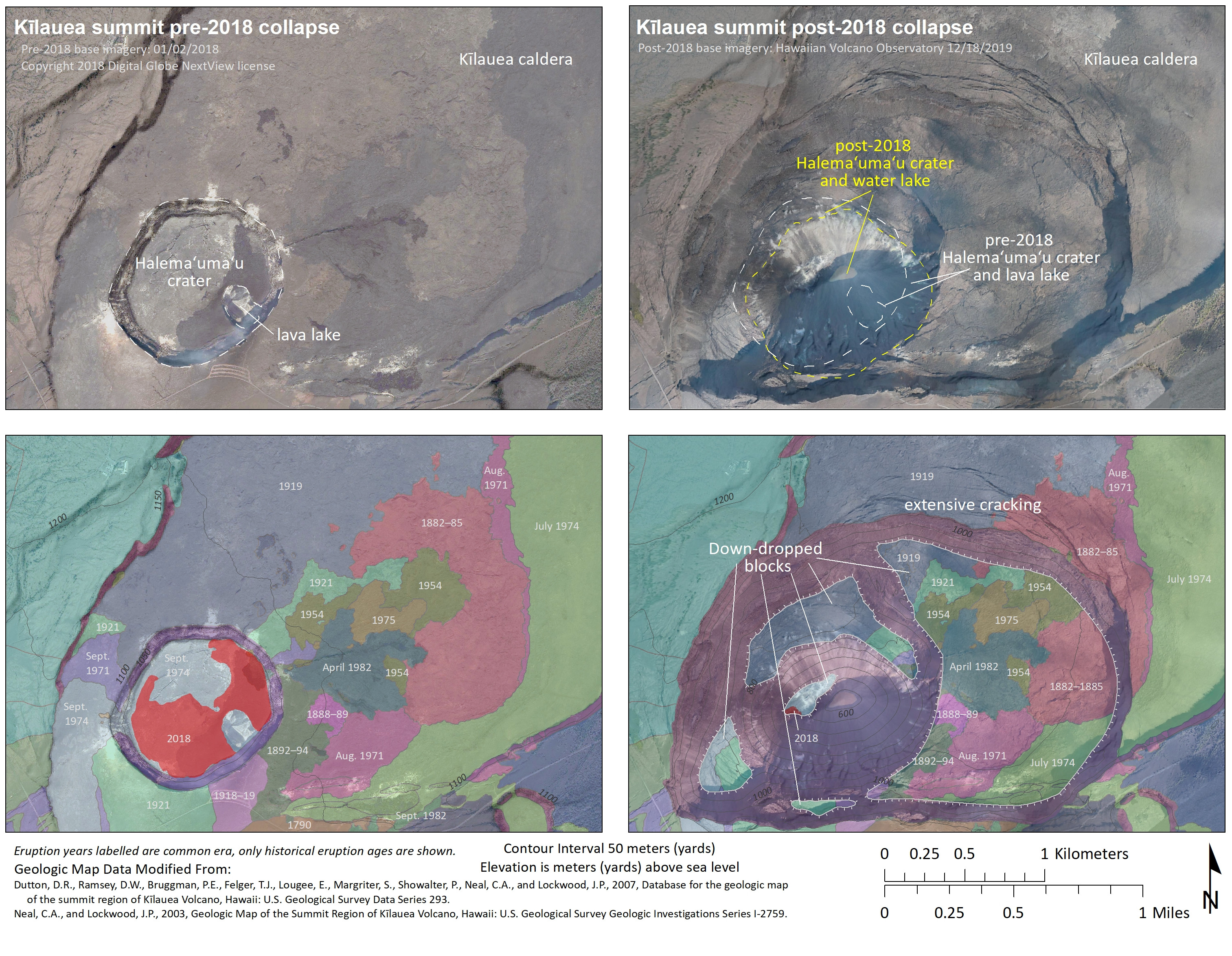 This series of maps compares aerial imagery collected prior to Kīlauea’s 2018 summit collapse and the “Geologic Map of the Summit Region of Kīlauea Volcano, Hawaii” (Dutton and others, 2007; Neal and others, 2003)—created before Kīlauea’s 2018 summit collapse—with aerial imagery collected after the 2018 summit collapse and a preliminary update to Kīlauea’s summit geologic map. The floor of Halema‘uma‘u crater used to consist of lava flows erupted in 1974 and 2018. Most of these deposits are now part of the rubble at the base Halema‘uma‘u crater. In addition, portions of Kīlauea caldera floor, which is a mosaic of different-aged lava flows, were lowered over one hundred meters (yards) and likely shifted laterally as a result of the 2018 Kīlauea summit collapse (informally referred to as “down-dropped blocks”). Whereas Halema‘uma‘u used to host an active lava lake, a growing lake of water now occupies its base.

“The data were sourced from helicopter and Unoccupied Aircraft Systems (UAS) imagery collected by both the USGS and the University of Hawai‘i at Hilo, as well as from various satellite sources,” the USGS wrote. “This report supersedes the “preliminary” web map service that was operated in 2018, and which remains on ScienceBase as a legacy dataset (accessible here). The primary component of this new report is a geodatabase prepared using ArcGIS, but Esri shapefiles and Google Earth KMZs are also included.”