KONA, Hawaiʻi - The community sprang into action in an attempt to free a sailboat stuck on a reef fronting the Kona Inn, as well as dislodge a coconut tree. 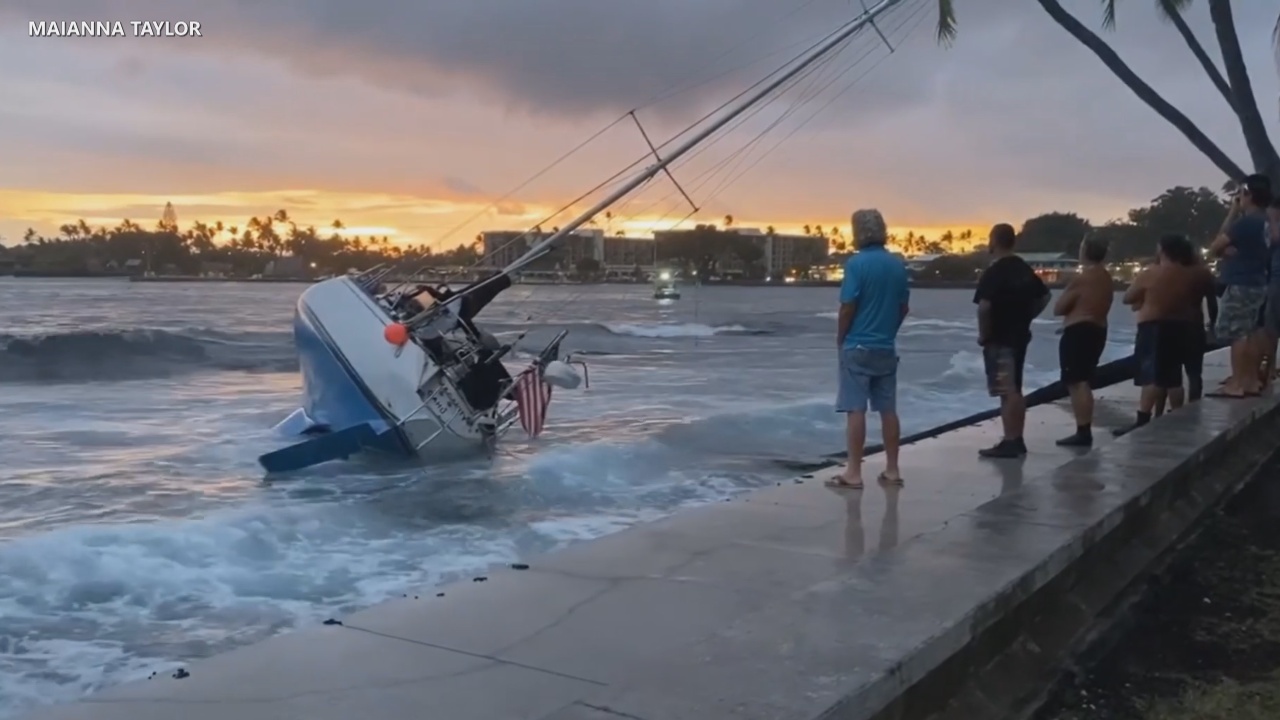 (BIVN) – A sailboat ran aground off the Kona Inn in Kailua-Village on Sunday, and the community sprang into action to help.

According to a fire department dispatch, Rescue Company 7 responded to the 12:48 p.m. report of the sailboat stuck on the reef . Upon arrival, crews found the 38-foot long sailboat on the rocks fronting the Kona Inn.

“No fuel or oil leakage at time of incident,” the fire department said. “Per the owner, the sailboat was anchored fronting Kona Inn since Friday. Owner of the vessel is in contact with a salvage company to remove the vessel from the shoreline.”

The situation was further complicated by a fallen coconut tree.

“When a small boat came to help tow out the boat, it hooked a coconut tree that became entangled in the riggings,” wrote Maianna Taylor, who shared video of the scene.

The community took action by sawing off the base of the tree, but the boat did not budge. Onlookers cheered, however, when Daniel Moretz walked the coconut trunk across onto the boat to dislodge it, Taylor said.

The community was there into the evening, Taylor said, still working to pull the boat off the reef. 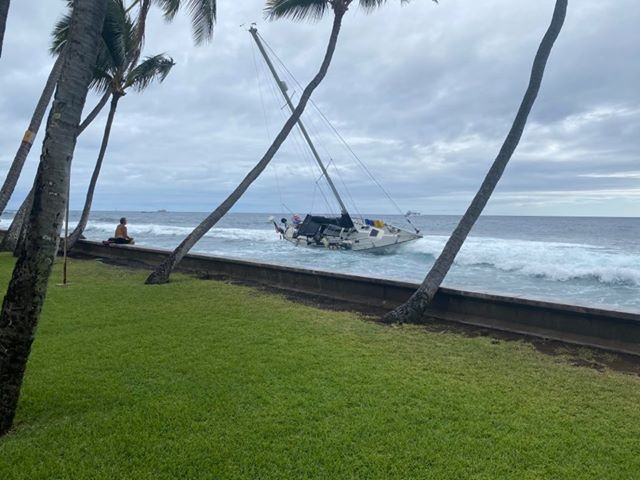 Meanwhile, the Hawaiʻi County Fire Department says the U.S. Coast Guard has been notified, and the scene turned over to the Hawaiʻi Department of Land and Natural Resources personnel.