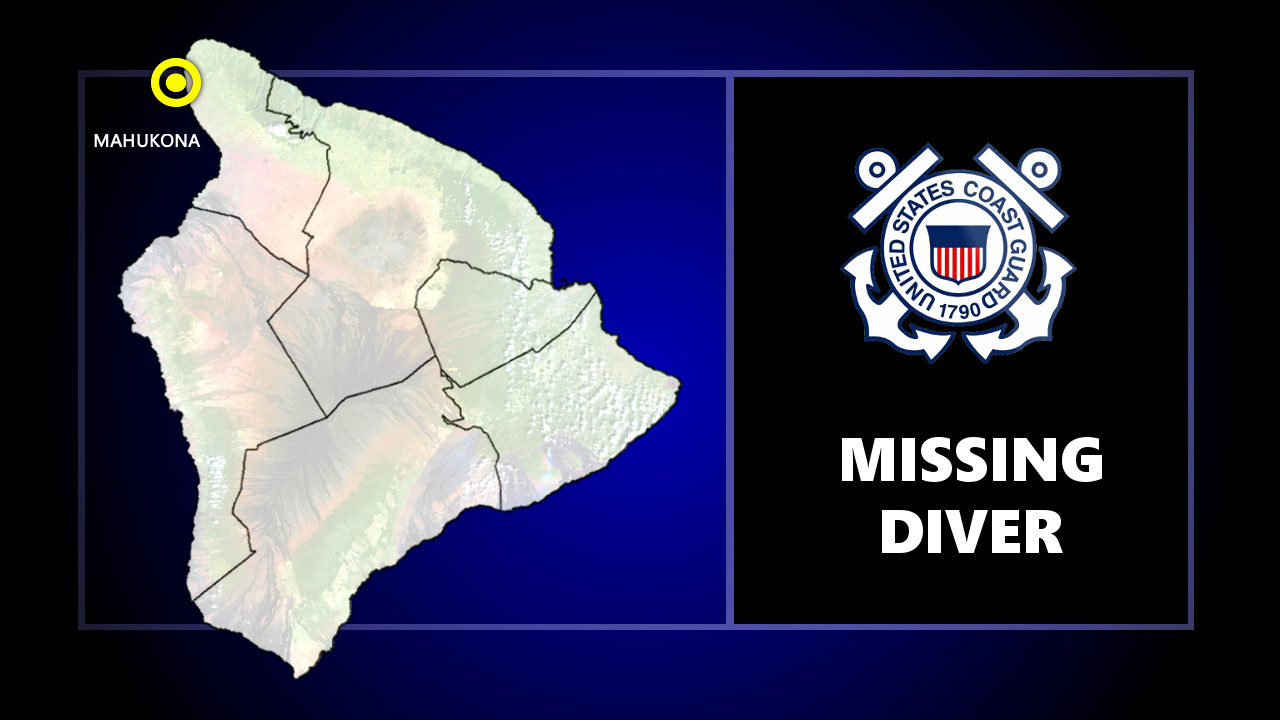 Search For Missing Diver Off Mahukona

(BIVN) – A free diver went missing off Mahukona on Tuesday, and rescue crews searched the area for the 20-year-old male.

The following news release was issued by the U.S. Coast Guard on Tuesday evening:

The Coast Guard and Hawaii County Fire Department are searching for a missing 20-year-old male free diver off Mahukona, Tuesday.

“We are currently looking for Malcolm Davis, last seen wearing white board shorts and black fins,” said Petty Officer 2nd Class Austin Shaw, a Sector Honolulu watchstander. “He is reportedly a good swimmer. We request waterway users in the area keep a sharp lookout for signs of distress and report any information to us at 808-842-2600.”

Currently involved in the search:

At 11:33 a.m., Sector Honolulu watchstanders received a report from the Hawaii Fire Department dispatch notifying them of the situation.

Earlier Tuesday morning, Davis was spearfishing with seven friends when they became separated. After they were unable to find Davis, the friends returned to their car, drove inland, and tried to find cell service to report the situation. They were able to contact the Hawaii County Fire Department, they dispatched first responders, and reached Sector Honolulu.

Upon notification, Sector Honolulu watchstanders issued an Urgent Marine Information Broadcast notice to mariners and deployed the Coast Guard assets to search the area. The Coast Guard crews intend to continue searching throughout the night.

The reported weather on scene at Davis’s last know position is light and variable trade winds and seas up to four feet.