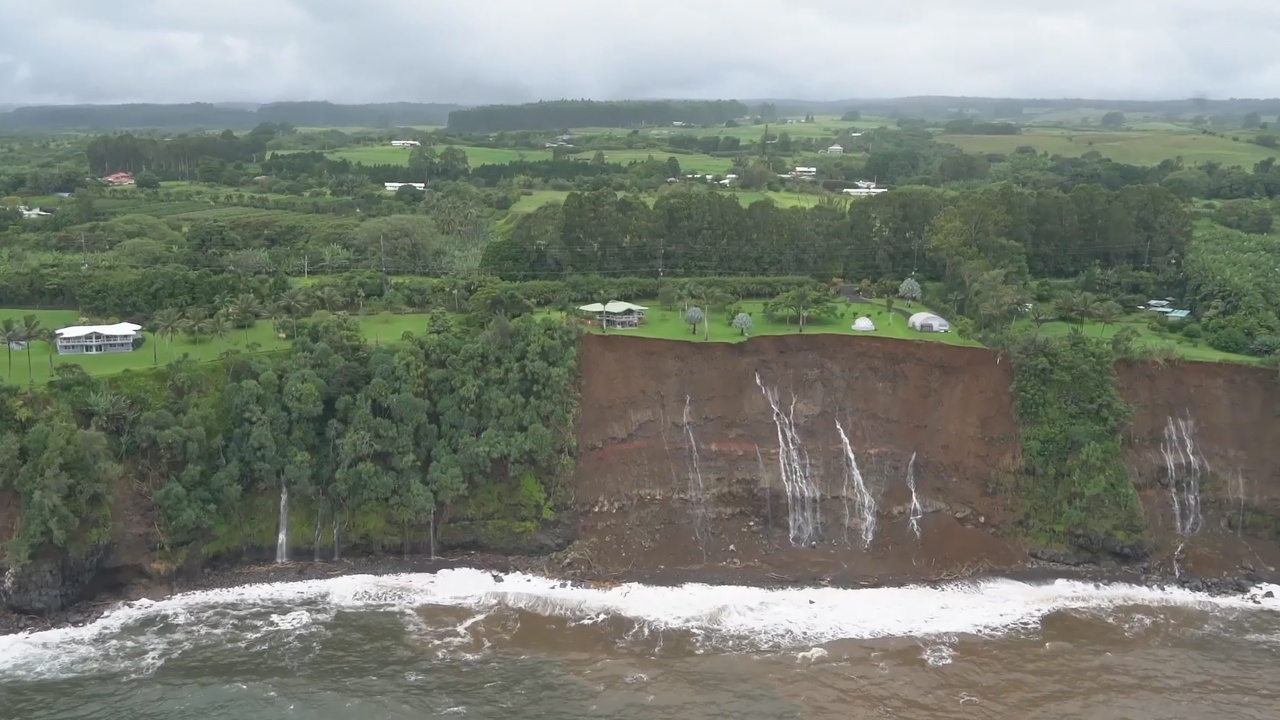 Photo from video by Hawaiʻi DOD shows the severe erosion that occurred along the Hāmākua Coast as a result of rainfall from Hurricane Lane.

(BIVN) – Over a million dollars in federal funding is on its way to the Big Island for the repair of Laupahoehoe Gulch Bridge, which was damaged nearly two years ago by the record rainfall from Hurricane Lane.

U.S. Senator Brian Schatz (D-Hawai‘i) announced that Hawai‘i County will receive $1,195,089.75 in new federal funding to repair the bridge along the Mamalahoa Highway in Hāmākua.

“We haven’t fully recovered from the natural disasters in 2018 yet, but this federal grant will help repair the Laupahoehoe Bridge,” said Senator Schatz in a Thursday media release. Schatz is a member of the Senate Appropriations Committee. “As we continue rebuilding, I will keep fighting for more federal resources at every opportunity,” the senator said. The release added:

This new grant comes from the U.S. Department of Homeland Security’s Federal Emergency Management Agency (FEMA) and is expected to cover 75 percent of the total project cost. With this latest funding, Hawai‘i has now received more than $10 million from FEMA’s Public Assistance program for recovery from Hurricane Lane and nearly $185 million in total funding to help Hawai‘i recover from the multiple natural disasters in 2018.

“I was very pleased to hear that we will be receiving the federal funding to repair the Laupahoehoe Bridge. Senator Schatz has always been a champion for our rural communities, and we are forever grateful for his leadership,” said Valerie Poindexter, Hawai‘i County Councilmember, who was quoted in the media release. The bridge is in the district she represents.

The damage to the bridge was caused by severe flooding after Hurricane Lane hit Hawai‘i in August of 2018, the senator said. The repairs will help ensure the long-term stabilization of the bridge so that people can travel on the highway safely, the release stated.