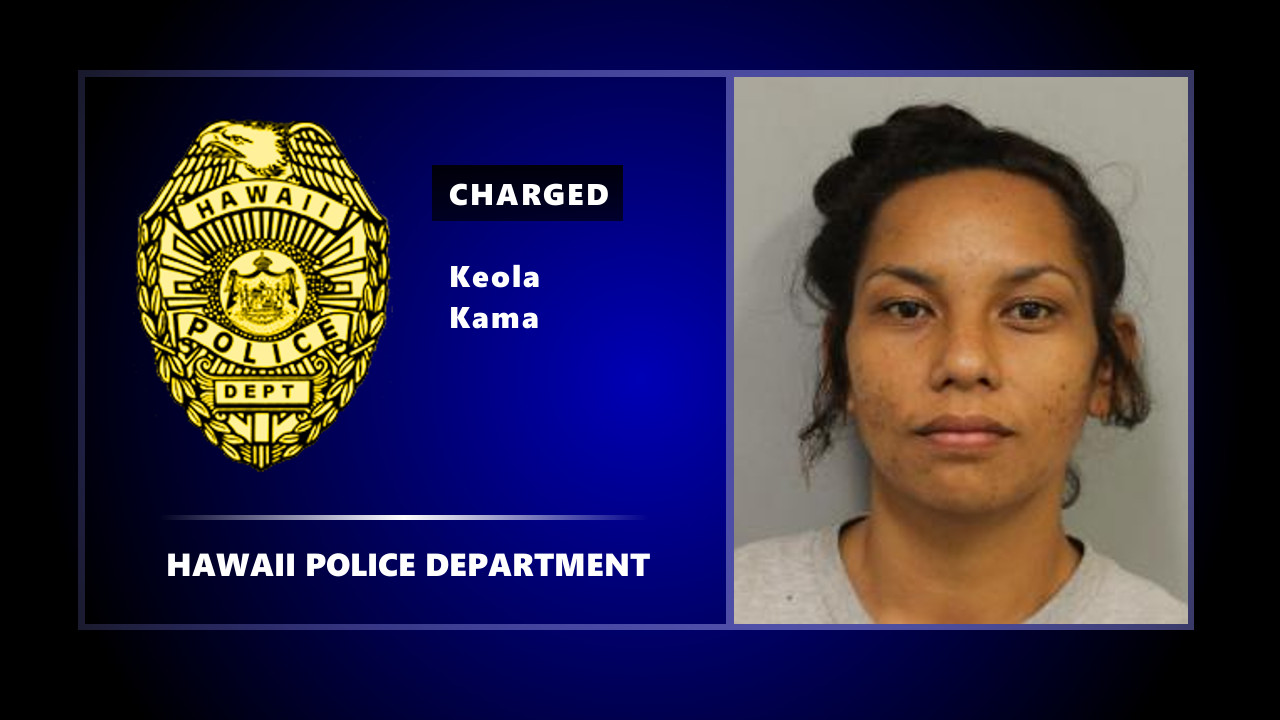 (BIVN) – The 29-year-old driver of vehicle that allegedly struck and injured two people on a moped over on Kuakini Highway in Kona over the weekend has been charged by police with attempted murder.

After conferring with County Prosecutors, detectives charged 29-year-old Keola Kama in connection to the Saturday morning incident that left a 30-year-old male, and 20-year-old female in critical condition.

At approximately 9:20 a.m. Saturday (June 13) Kona patrol officers responded to a report of a two-vehicle traffic casualty involving a motor vehicle and a moped. The incident occurred on Kuakini Highway near the Old Airport recreation area.

Upon arrival, officers located the moped occupants, a male and female party, with serious injuries. After receiving information on the responsible vehicle, officers were able to locate it and Kama a short time later. Both injured parties were taken to Kona Community Hospital for further treatment and later transported to Queen’s Medical Center.

Keola Kama was arrested on the count Attempted Murder as detectives from the Area II Criminal Investigation Section and Traffic Enforcement Unit continue the investigation.