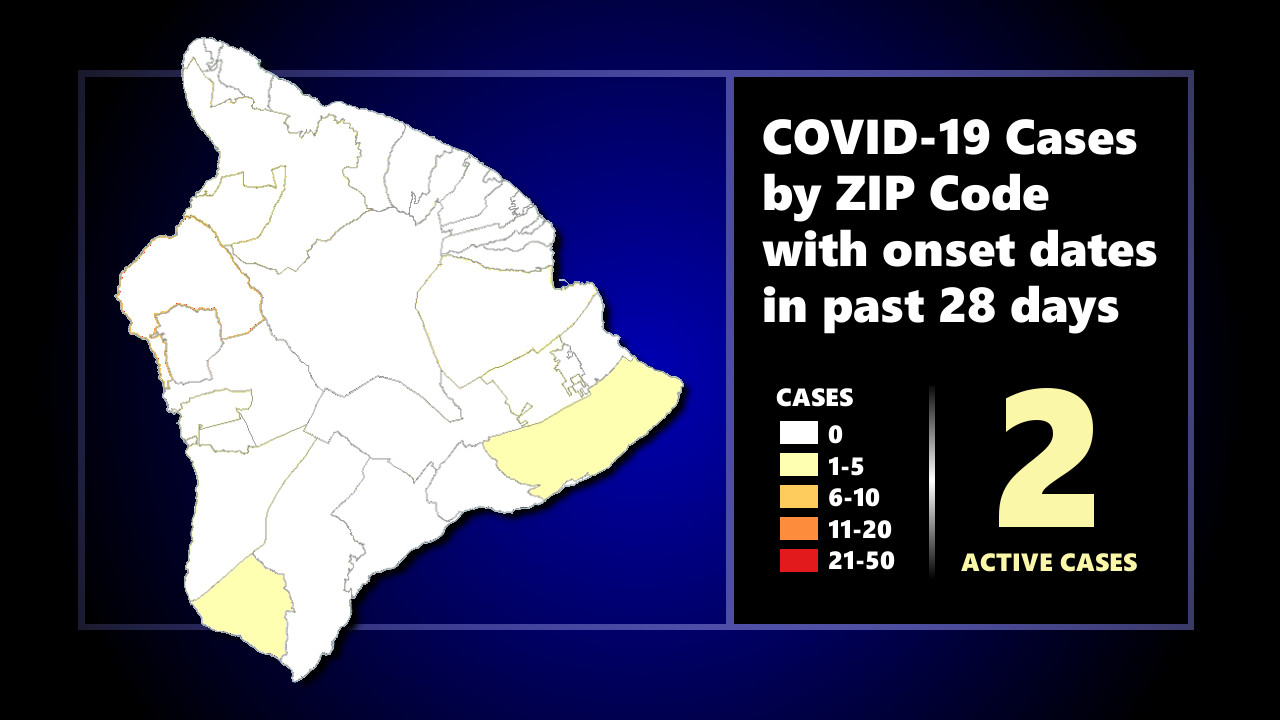 BIVN graphic features the number of "active" cases, and the Hawaiʻi health department map showing reported cases with onset dates in the past 28 days by zip code.

HAWAIʻI - There were five newly reported cases of COVID-19 in the State of Hawaiʻi as of noon on Wednesday, health officials said. 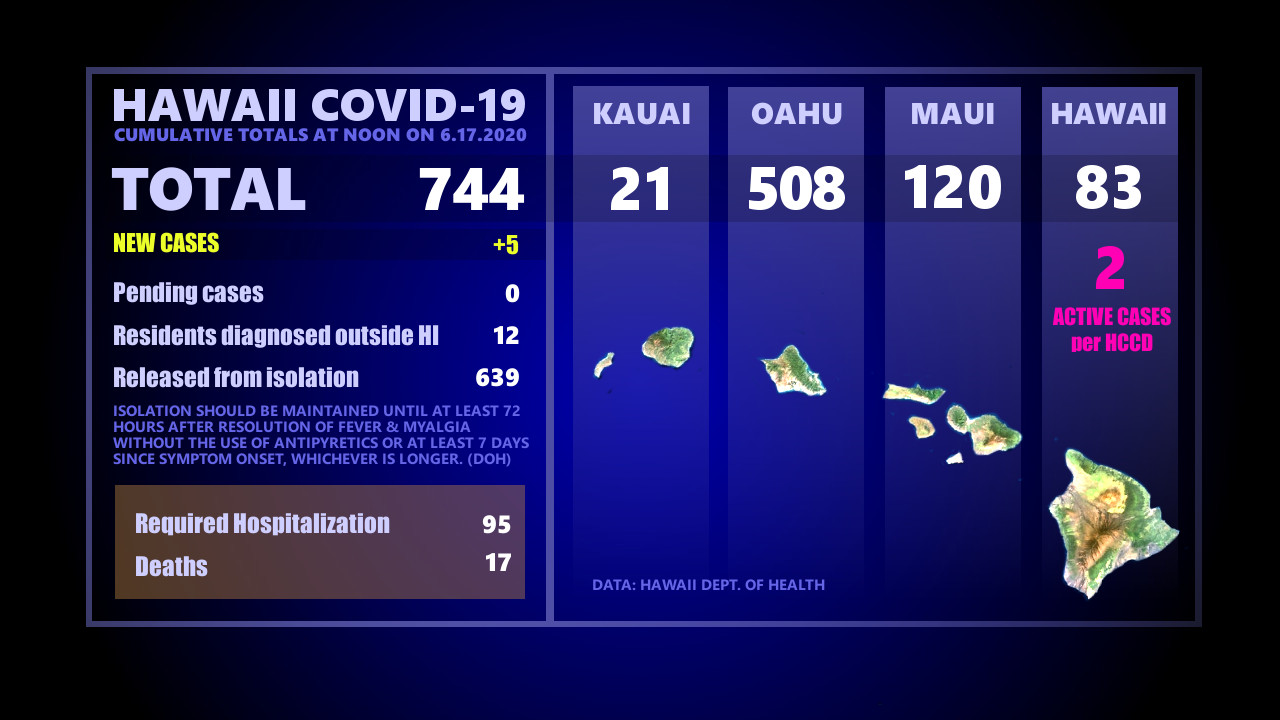 (BIVN) – There are now two (2) active cases of COVID-19 – and one new hospitalization – on Hawaiʻi island, according to a Wednesday update from the state health department.

Today’s newly reported case on the Big Island is part of the five (5) newly reported cases statewide. The other four (4) cases were identified on Oʻahu. One case was also removed the counts due to updated testing information, the State says, bringing the cumulative total statewide to 744 cases.

A new health department COVID-19 zip code area map, showing cases with onset dates in the past 28 days, now marks a new area of light yellow in the Hawaiian Ocean View area of Kaʻū. The color signifies at least one new case has been identified in that zip code area

Yesterday, 1,671 people arrived in Hawaii. During this same time last year, nearly 30,000 passengers arrived in Hawaii daily, including residents and visitors. The state’s mandatory 14-day self-quarantine started on March 26th for all passengers arriving in Hawaii from out of state, and it was extended through July 31st. Meanwhile, the quarantine order for interisland travelers was lifted yesterday. This table shows the number of people who arrived by air from out of state yesterday and does not include interisland travel. This data was collected from the Hawaii Department of Transportation’s (DOT) Mandatory Travel Declaration Form.