HILO, Hawaiʻi - The Interfaith Communities in Action walked in witness on Friday, from the King Kamehameha Statue on the Bayfront to the Hilo Courthouse area. 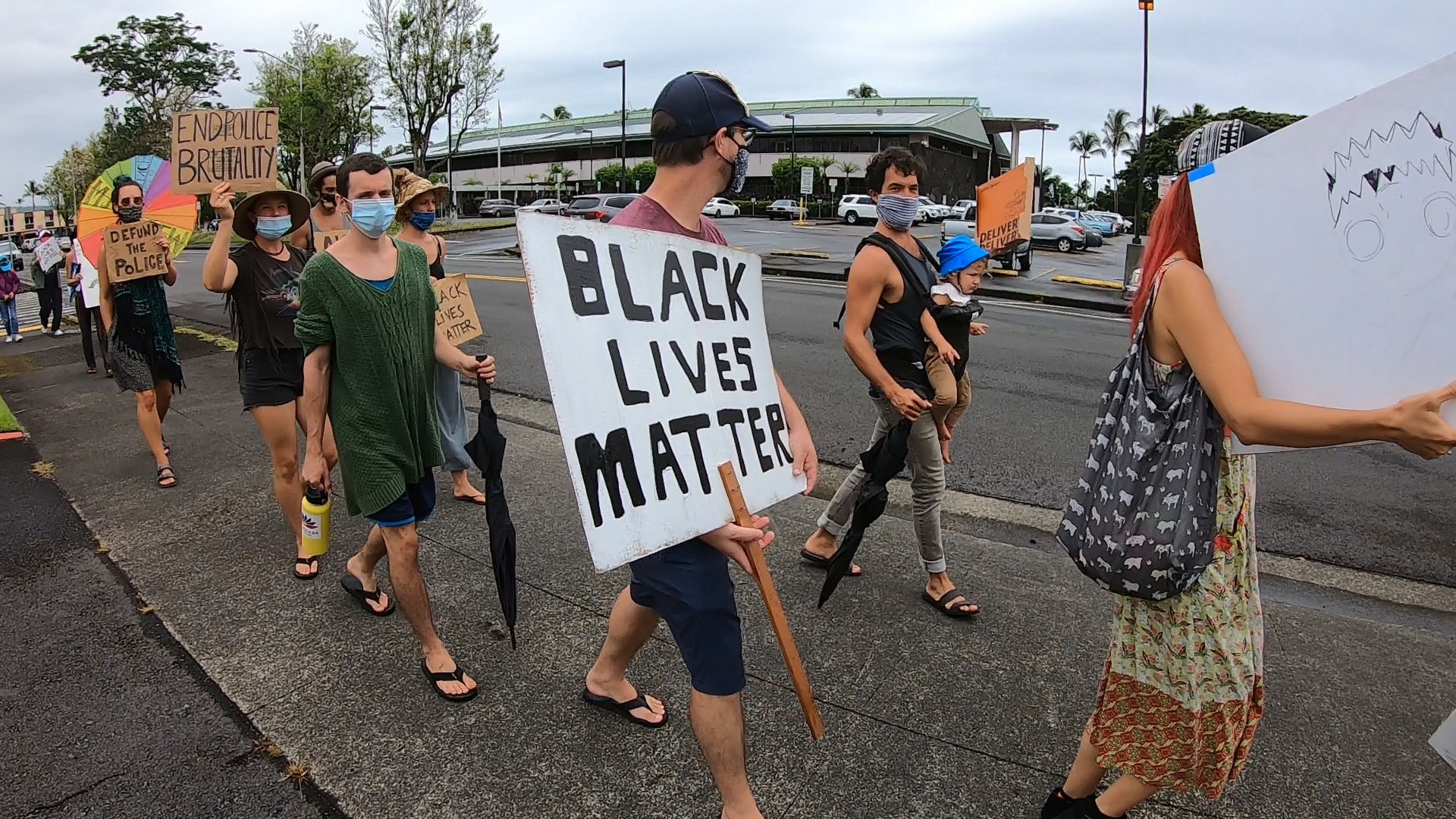 (BIVN) – Faith communities joined in solidarity in Hilo on Friday for the Walk in Witness to Dismantle Systemic Racism.

A crowd of marchers young and old, wearing masks and holdings signs, walked from the King Kamehameha Statue on the Hilo Bayfront, to the corner Aupuni Street and Kilauea Avenue by the Hilo courthouse. The Interfaith Communities in Action called on the community to come together in solidarity, “calling on local leaders to commit to changing policies, laws, and structures that support systemic racism, police brutality, and white supremacy.”

“Racism is a spiritual and physical wound to our community,” said ICIA leadership in a statement shared before the event, “one that has been inflicted and re-inflicted from generation to generation. We share the common conviction of our faith traditions that a just society is free from the bias of racial bigotry and the shackles of racist structures.”

“We confess that the institutions of our faiths have both actively and passively aided the perpetuation of racism. We declare that we seek a just society, and that we will work to dismantle and end racism in our lifetimes,” the ICIA stated.

Friday, June 19, is also known as Juneteenth, a day that celebrates the end of slavery in the United States.