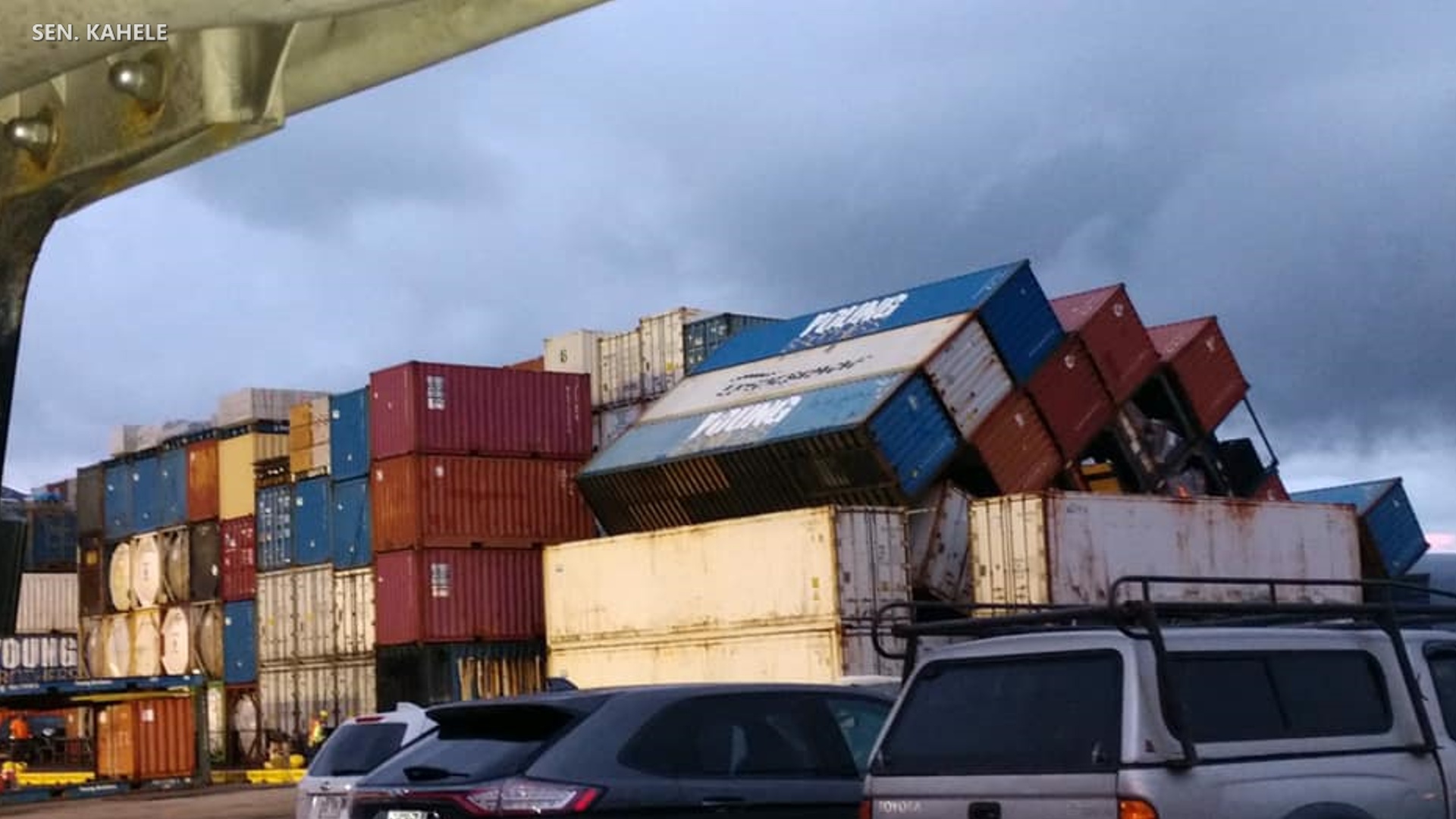 HILO, Hawaiʻi - 21 shipping containers were counted as having toppled into the water on Monday, according to a U.S. Coast Guard update. 12 were still missing as of the early afternoon.

UPDATE – (3:55 p.m.) – “Earlier today, an incident on a barge traveling from Honolulu resulted in containers falling overboard as the vessel approached Hilo Bay,” said Chris Martin, Director of Terminal Operations, Young Brothers, LLC. “We have deployed a team of investigators to work closely with state and federal officials in determining the cause of the incident,” he said.

“Once the site has been declared safe, we will determine the number of containers impacted and contact affected customers,” Martin continued. “Young Brothers has a salvage company in place to assist with developing and executing a plan to retrieve the containers.”

The U.S. Coast Guard issued this media release on Monday:

The Coast Guard is responding to a report of lost cargo from the barge Ho Omaka Hou as the tug Hoku Loa, and their barge, was transiting to Hilo Harbor on Monday.

The Coast Guard is investigating the incident, and Young Brothers is working with a salvage team to locate and recover as many containers as possible. No injuries are reported.

Watchstanders issued a broadcast notice to mariners to alert any traffic in the area to keep a sharp lookout for any containers that may pose a hazard to navigation.

The tug operator reported that at 4:30 a.m. Monday, several 40-foot shipping containers fell overboard. That number currently stands at 21. Nine of those have been located, 12 remain missing. The crew of the tug and barge Ho Omaka Hou recognized the containers were missing after mooring in Hilo. Containers are reportedly adrift approximately 8 miles north of Hilo, and one is reported adrift in Hilo Harbor.

The Coast Guard is working with Young Brothers personnel to assess the situation further, including determining what cargo is lost and on the investigation. Marine safety personnel were dispatched to the incident command post in Hilo, and an overflight is taking place. The State of Hawaii Department of Transportation – Harbors Division is also aware and assisting at the pier in Hilo.

At the time of the incident, the weather was east winds at 12 mph, waves to 4 feet with a south swell at 3 feet, and isolated showers.