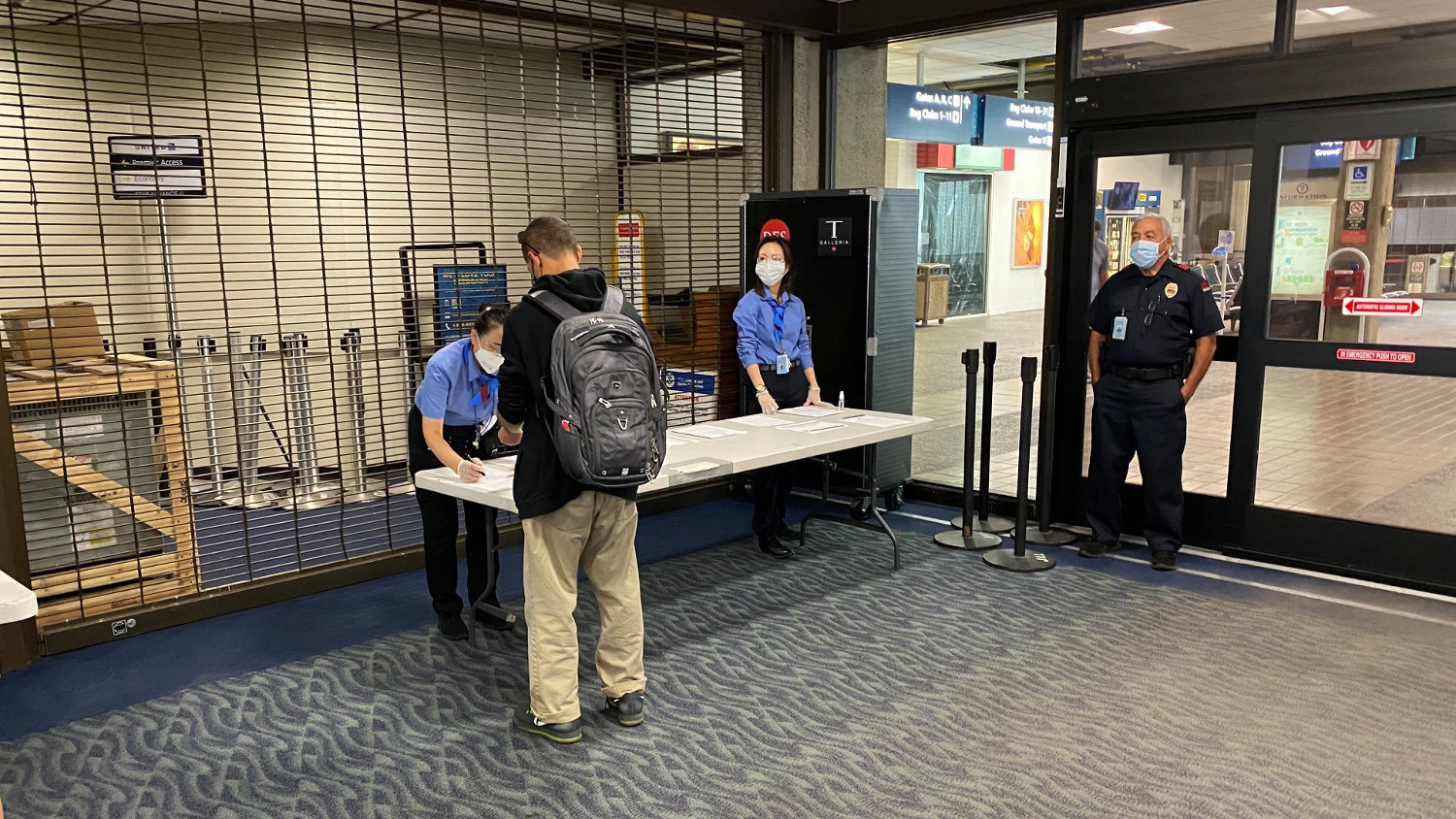 HAWAIʻI - The ACLU of Hawaiʻi sent a letter to Department of Transportation, Governor David Ige, and State Attorney General last Friday concerning the use of facial recognition technology at the airports in Hawaiʻi.

(BIVN) – As Hawaiʻi moves forward with plans to use facial recognition technology in airports as part of its plan to handle travel in the time of COVID-19, the American Civil Liberties Union (ALCU) is raising concerns, and calling it “ineffective, unnecessary, rife for abuse, expensive, potentially unconstitutional, and, in a word, terrifying.”

The ACLU of Hawaiʻi sent the following letter to state officials:

Re: Use of facial recognition technology at the airports

The ACLU of Hawai‘i Foundation (“ACLU of Hawai‘i”) writes with serious constitutional, civil rights, and privacy concerns about the announcement that the State of Hawai‘i Department of Transportation (“DOT”) is installing cameras with facial recognition technology (““FRT’) at all major Hawai‘i airports this week as part of the State’s plan to reopen the state to tourism. While we understand the urgent need to fight the spread of COVID-19 and safely reopen Hawaii’s economy, the indiscriminate and rushed use of FRT—particularly without adequate regulations, transparency, and public discussion—is ineffective, unnecessary, rife for abuse, expensive, potentially unconstitutional, and, in a word, “terrifying.”

FRT is neither effective nor tailored to addressing the spread of COVID-19. Based on the limited information available to the public, we understand that FRT is going to be used “to recognize people who are exceeding the 100.4 degree temperature as they walk through the terminal.”? The use of such prying technology for this purpose is like putting a square peg on a round hole, particularly in light of simpler, more accurate, and significantly safer alternatives such as prescreening people prior to arrival, using thermal imaging technology, and having sufficient and properly-trained staff to identify people with COVID-19 symptoms for additional screening. Such alternative is preferable, not only because it raises fewer civil liberties and rights concerns, but also because it is better tailored to preventing the spread of COVID-19. Specifically, people will likely be wearing facemasks at the airport so the FRT cameras will have difficulty reading faces. Moreover, studies have shown that only 44 percentage of people hospitalized for COVID-19 might have a fever at any given point® and as many as half may be asymptomatic or pre-symptomatic, making the State’s reliance on FRT both substantially over and under inclusive. There are also reports that the CDC has cautioned against temperature checks in the airport context as ineffective, further raising questions about why money is being spent on this invasive technology. Such reports underscore the need for any measure to be independently validated by public health professionals as likely to be effective prior to deployment.

Having a more comprehensive screening done by trained professionals is safer and a better fit for the job. Additionally, studies have repeatedly shown that FRT algorithms tend to be racially biased and inaccurate, for example, misidentifying black people and people of East Asian descent at far higher rates than white people. In the context of screening masked people for high temperatures, this could easily lead to people from specific racial backgrounds being disproportionally misidentified for additional screening while others might not be screened at all even though they might have a fever and other COVID symptoms.

Another concern is the State’s lack of transparency on how and why it decided to implement FRT, and the boundaries on its use. As companies like Amazon, Microsoft, and IBM are rightfully hitting the brakes on the development of FRT and several jurisdictions across the country are banning its use, the State is cavalierly deploying FRT to screen millions of travelers even though we have not had a meaningful discussion in Hawaiʻi about its use. Instead, the State has assured the public that it intends to limit to use of the technology inside the airports and plans to store images only during the time that the passenger is at the airport. However, without knowing the companies involved, the costs, the rules and guidelines, the algorithm used, access limitations, security measures, time and place limitations, the contracts with the companies, data gathering, audits, notices being posted, and other similar critical information that should have been publicly disclosed and discussed prior to the deployment this week, the State’s assurances ring hollow. Indeed, if data is collected in response to COVID, it should be restricted to what is absolutely necessary for public health, and only collected, stored, and used by public health agencies. Yet, the state has not explained what if any data will be stored, and if so, how it can be used and who can access it. Several FRT companies have ties to authoritarian regimes abroad, shoddy privacy records, and rushing to deploy FRT is a recipe for abuse and for forever compromising the privacy of the people and travelers in Hawai‘i.

The ACLU of Hawai‘i is particularly concerned about FRT likely violating the right to privacy protected under section 6 of article I of the Hawai‘i constitution and the fundamental right to travel protected by due process. Because of its ineffectiveness, the use of FRT is simply not tailored to serve the government interest of preventing COVID-19 spread, particularly when less intrusive and more effective alternatives exist. We have already heard from frequent interisland travelers with legitimate concerns about their privacy due to constant real-time surveillance at the airport. They do not want the State to follow their every step, travel plans, companions, etc. And this is not an outlandish fear when, just last year, the State tried to subpoena Hawaiian Airlines records for people who had donated their miles to those attending the Mauna Kea demonstrations. In addition, temperature checks are inherently overinclusive, sweeping in individuals who may have fevers for unrelated reasons, like chronic illnesses. Given this, relying on temperature checks as the sole determinant as to whether someone can travel would raise a multitude of concerns. The state has not explained how the right to travel will be protected and what redress will be made available to individuals whose rights are adversely affected.

In light of these serious concerns and the potential for abuse, we ask that the State and DOT hit the brakes on the pilot program and, at a minimum, allow open and transparent public discussion on the unprecedented step that real time biometrical surveillance of millions of people and travelers at the airport means to Hawai‘i. This is not only required by the constitution, but also is the right and safe thing to do, particularly during these already uncertain and difficult times.

Finally, pursuant to Chapter 92F of the Hawai‘i Revised Statutes, we ask that the State, DOT, and the Department of the Attorney General produce all government records (as defined by HRS Section 92F-3) related to the use of FRT in Hawai‘i. This request includes, but is not limited to, the use of FRT at the airports.

Given that FRT pilot program is being rolled out this week, we ask that you please respond to this letter by June 26, 2020. If you have any questions or comments, please contact me at 808-522-5908 or mcaballero@acluhawail.org.