HILO, Hawaiʻi - The most massive quasar known in the early Universe was discovered using three Maunakea observatories and named through the A Hua He Inoa collaboration. 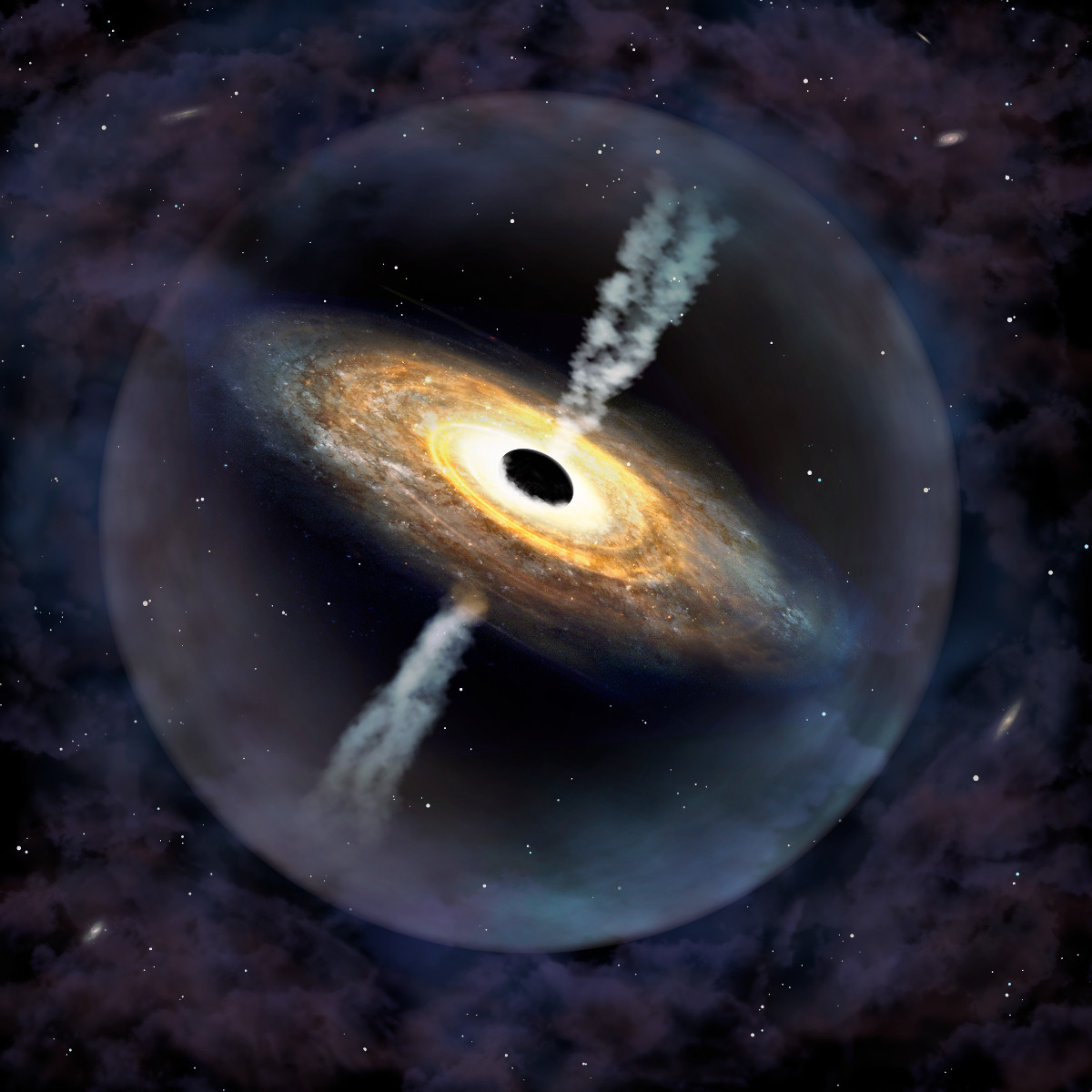 (BIVN) – Astronomers and Hawaiian language scholars have announced the new discovery of the most massive quasar known in the early Universe, and have given it a Hawaiian name: Pōniuāʻena.

On Thursday, the Maunakea Observatories shared video and this news release about the discovery:

Astronomy researchers today announced a remarkable discovery from the telescopes atop Maunakea. Pōniuāʻena is the most massive quasar known in the early Universe — formed only 700 million years after the Big Bang. Its name was created by a collaboration of 30 kumu (teachers) from Hawaiian immersion schools as a part of the A Hua He Inoa program of the ‘Imiloa Astronomy Center.

The name, Pōniuāʻena, evokes the unseen spinning source of creation, surrounded by brilliance. Using traditional naming practices, the kumu were led by renowned linguistic expert Dr. Larry Kimura through an exploration of the significance of the finding, and how its unique characteristics serve as a platform to showcase the sophistication and nuance of the Hawaiian language on a global stage.

“It took the collaboration of all of our wonderful Hawaiian immersion school teachers to develop this Hawaiian name that is so crucial to our understanding of the objects themselves,” said Kaʻiu Kimura, executive director at the ʻImiloa Astronomy Center of Hawaiʻi. “Coming together for projects like these is what ʻImiloa is all about.”

“I am extremely grateful to have been part of this educational experience,” said Kauʻi Kaina, kumu and A Hua He Inoa cohort participant. “It is indeed a rare learning opportunity and so relevant to apply these cultural values to further the well-being of the Hawaiian language beyond ordinary contexts – allowing the language to live throughout the universe.”

“We recognize there are different ways of knowing the universe,” said John O’Meara, chief scientist at Keck Observatory. “Pōniuāʻena is a wonderful example of interconnectedness between science and culture, with shared appreciation for how different knowledge systems enrich each other.”

The A Hua He Inoa collaboration has named world-renowned astronomical discoveries, including the asteroids ‘Oumuamua, Kamoʻoalewa and Kaʻepaokaʻāwela, and the black hole Pōwehi. “It is so important that we continue on this path of merging science and discovery with our Hawaiian culture,” Ka’iu Kimura emphasized. “Programs like A Hua He Inoa ensure that we can continue to forge this path forward, together for years to come.”