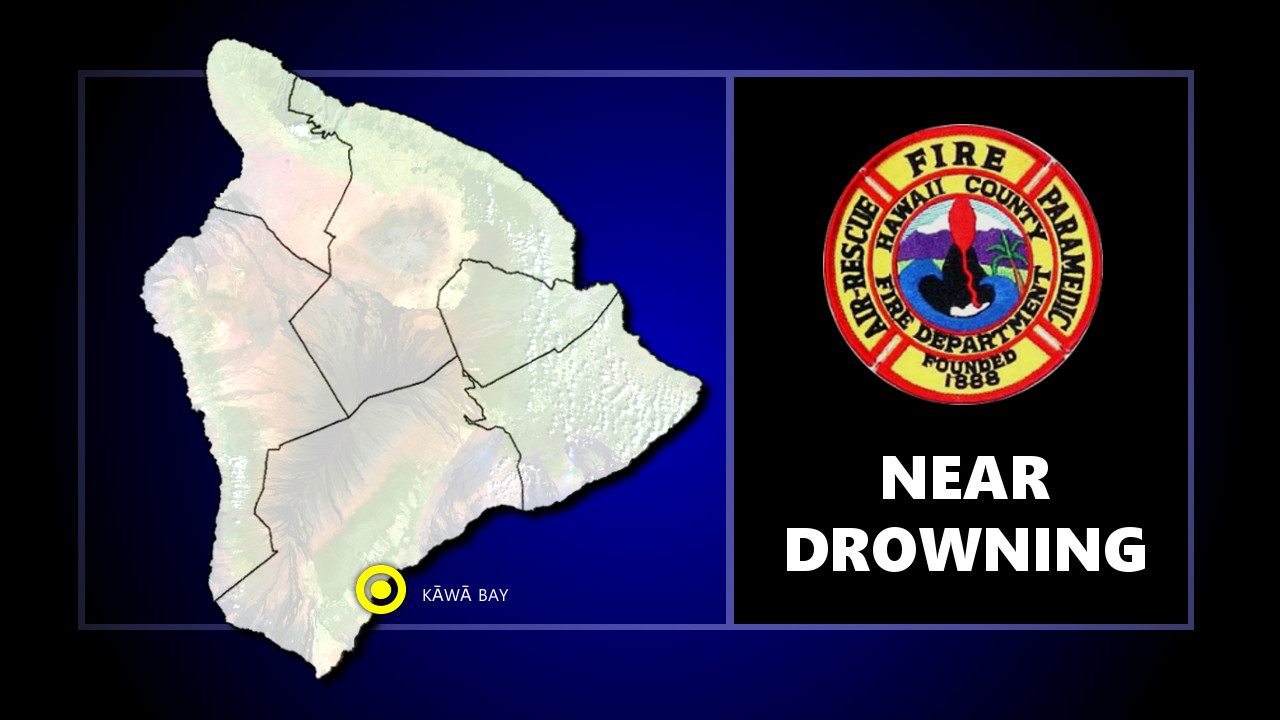 KĀWĀ BAY, Hawaiʻi - The Hawaiʻi Fire Department found the boy unresponsive on the shoreline, as a family member performed CPR.

(BIVN) – A 5 year old boy is in critical condition after a reported near drowning at Kāwā Bay in Kaʻū on Wednesday morning.

The Hawaiʻi County Fire Department responded to the scene just after 9 a.m., and found the 5-year-old male unresponsive on the shoreline of the beach. CPR was being performed by a family member, the fire department reported.

The boy was found without a pulse. Fire personnel say they “took over resuscitation efforts” and the young patient was extricated from the beach to the medic unit using the off-road vehicle. Advanced life support treatment was initiated and the boy was transported to Kaʻū Hospital.

The patient stabilized, the fire department says, and was further transported to Hilo Medical Center in critical condition.

Company 11 from the Pahala Fire Station and Naʻalehu responded to scene with the police department, and had to use an off-road vehicle to access the beach area through a gate off Highway 11. Rough surf with choppy conditions was noted by the first responders.