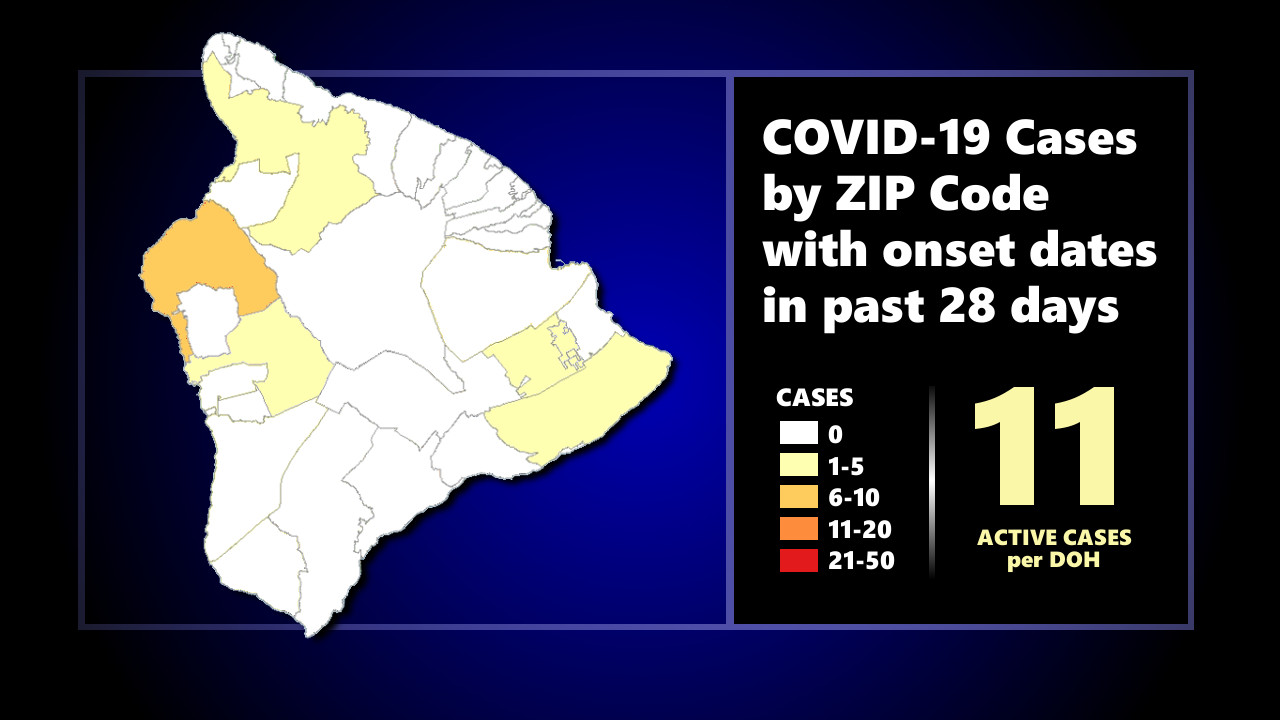 BIVN graphic features the number of “active” cases, and the Hawaiʻi health department map showing reported cases with onset dates in the past 28 days by zip code. 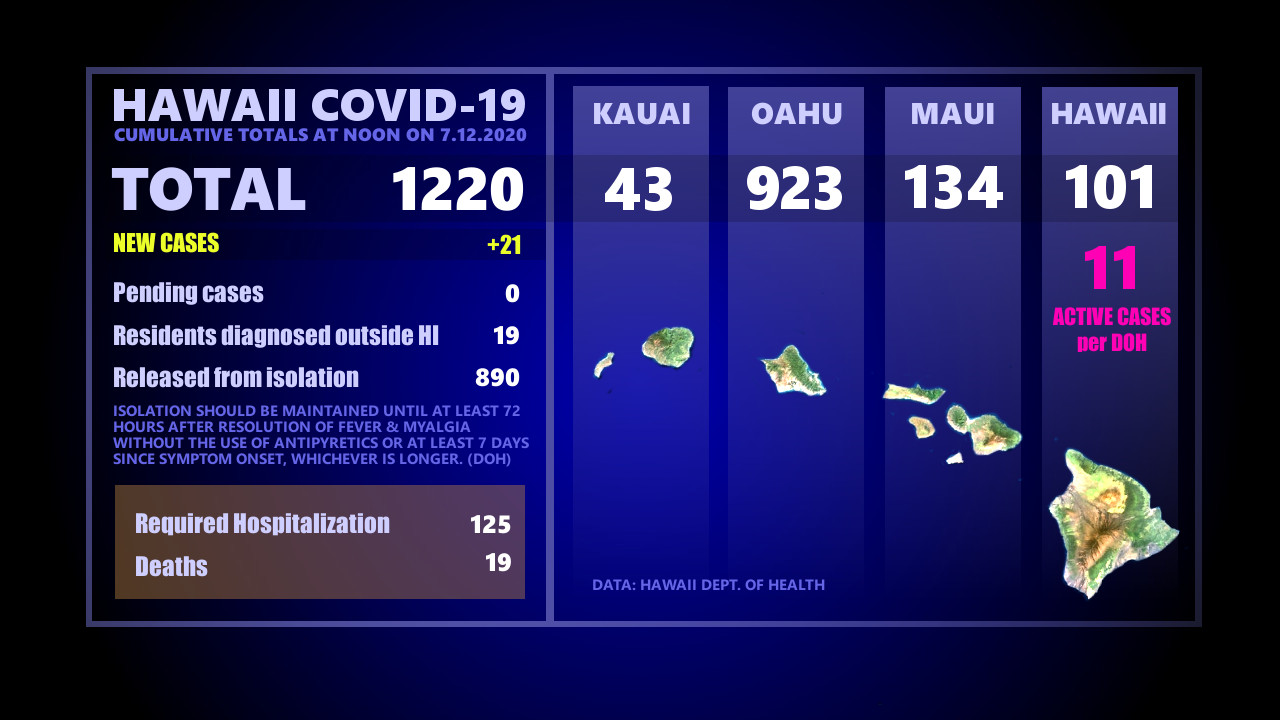 (BIVN) – There are twenty-one (21) newly reported cases of COVID-19 in Hawaiʻi, state health officials say, most of them on Oʻahu. One (1) new case was reported on the Big Island. The cumulative total number of cases statewide now stands at 1,220 with 890 released from isolation. One case was removed from the total count as a result of updated information, the State says.

The Hawaiʻi Department of Health also says that 90 of the 101 cases have been released from isolation, which means eleven (11) cases are considered active.

The Hawaiʻi County Civil Defense tally of active cases was reported to be eight (8) on Sunday morning. County officials said the most recent increase “has been identified as travel related.”

Today, New West Broadcasting announced that the KWXX Hoʻolauleʻa – the largest music festival on Hawaiʻi island – will not take place in September. The broadcasting company issued this statement:

It is with great sadness that we announce that the 27th Annual KWXX Hoʻolauleʻa will not be held as scheduled on Saturday, September 26th due to concerns with the ongoing COVID-19 pandemic.

“It is heartbreaking to postpone the event when we know that music provides much needed relief during stressful times, however the safety and health of our community, artists, fans, staff and event partners are our first priority. We are looking forward to bringing this tremendous community gathering of musicians, merchants and music lovers back when it is safe to do so,” said Chris Leonard, President and General Manager of New West Broadcasting. We are also disappointed because we know this is a valuable showcase for our Hawaiʻi musicians and we know they are struggling now more than ever. We strongly encourage our listeners to continue to support our Hawaiʻi musicians on air and online whenever possible,” Leonard added.

Yesterday, 2,296 people arrived in Hawaii. During this same time last year approximately 35,000 passengers arrived in Hawaii daily, including residents and visitors. The state’s mandatory 14-day self-quarantine started on March 26th for all passengers arriving in Hawaii from out of state. This table shows the number of people who arrived by air from out of state yesterday and does not include interisland travel. This data was collected from the Hawaii Department of Transportation’s (DOT) Mandatory Travel Declaration Form.